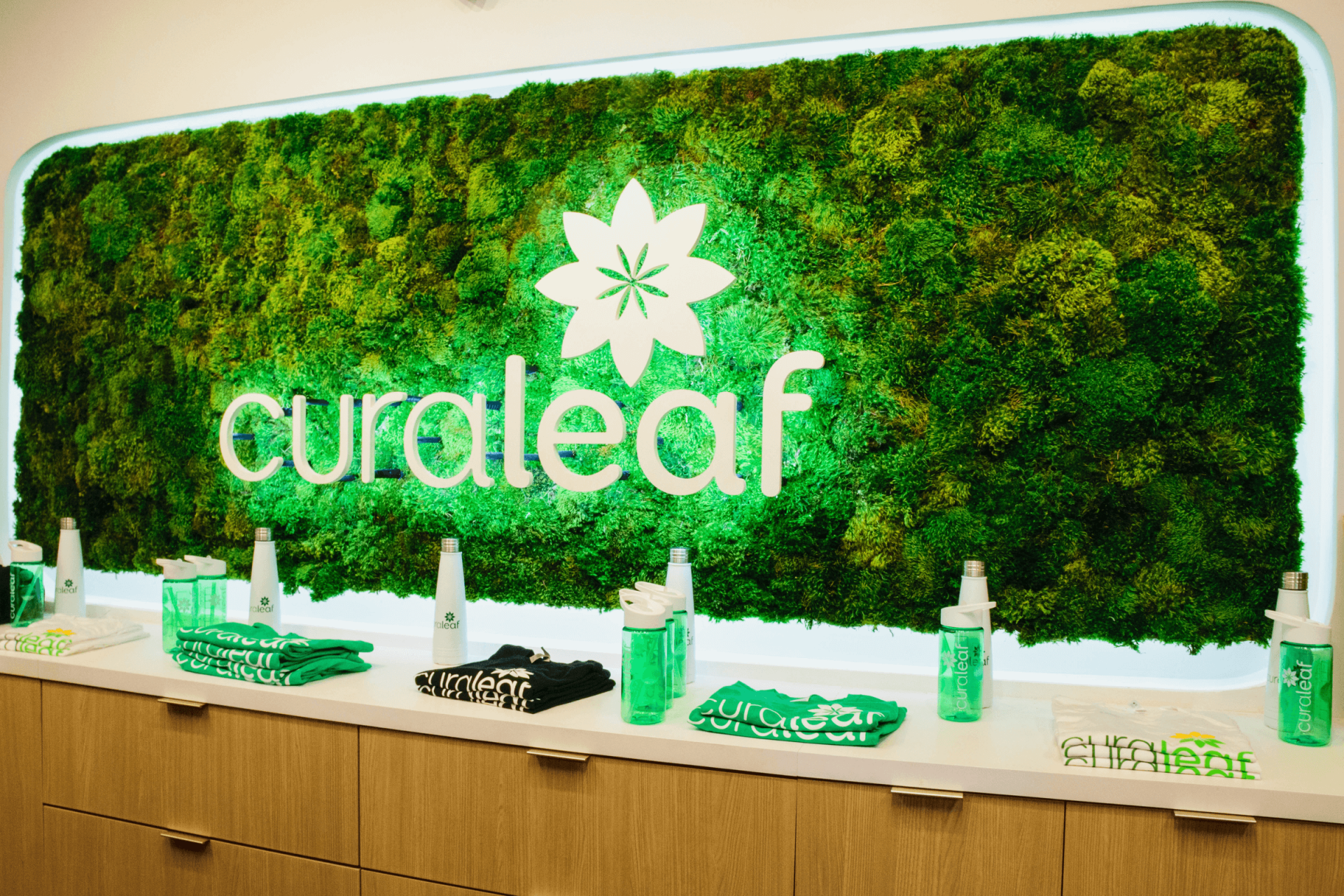 Arizona made history in 2021 by getting a recreational marijuana program started up faster than any state has done before. Voters chose to legalize adult-use marijuana in November; just 80 days later, product hit the shelves. Arizona used other states’ successes and failures to model its own program after. That’s what sparked legislators’ idea to give priority in licensing to companies that already had established medical cannabis dispensaries within the Grand Canyon State.

Among those companies that were given priority licensing is Curaleaf, the second-biggest cannabis presence in the state of Arizona. Curaleaf began entering the Arizona medical market in 2018, but the company began in Massachusetts. To date, Curaleaf has 9 licenses and 8 open dispensaries in Arizona; in total, the company owns 97 dispensaries, 23 cultivation sites, and 30 processing sites across 23 states.

“We were fortunate to double overall sales within the first weekend of adult use operation and we are doing upwards of 5,000 transactions per day,” Cottrell said.

Curaleaf’s flower sales are its strongest category, accounting for 65% of customers’ purchases. Before adult-use sales began, flower sales only made up 52% of the company’s profits in Arizona.

Of people purchasing recreational cannabis products, vapes have made up 22% of total sales, and concentrates account for 7%.

Many dispensaries in Arizona are running into stocking issues after opening so quickly and not having time to work out supply lines. Cottrell explains, Curaleaf is using its vertically-integrated model to solve any potential supply problems, rather than turning to outside sources.

“Stocking issues are of course a concern as we move from approximately 230,000 medical patients to 2.4 million total customers in Arizona alone. Since there are only about 130 dispensaries in the state, the increase in customers is a big number for Arizona operators to service. At Curaleaf, we are expanding our capacity with an additional 50,000 square feet of cultivation which will produce several thousand pounds per month for Arizona’s adult-use customers.”

The benefits of vertical integration​

The President of Curaleaf Arizona, Steve Cottrell, told The Stash the company’s vertical integration model put it in a position for a smooth transition to the adult-use market.

“Curaleaf focuses on a vertically integrated model because we feel strongly about controlling our supply chain to ensure that what people are putting in their bodies is up to our standards, as well as state standards. We feel strongly that vertical integration allows us to provide high-quality, consistent products for Arizona’s medical and adult-use customers,” Cottrell said.

Cottrell added that the company has been laser-focused on ramping up its plans for the adult-use market since Prop 207 passed in November. That focus included bringing in 120 new team members to its Arizona production and sale lines to accommodate the increase in demand. In total, Curaleaf has created 540 jobs solely in the state of Arizona.

The extra employees were necessary to ensure a successful opening in so little time. The Stash reported on long lines wrapping around dispensaries in their first few hours open for the adult-use market. Curaleaf also renovated four of its dispensary locations in Arizona, adding more stations for sales associates and implementing a new point-of-sale system.

“Curaleaf has 9 licenses and 8 open dispensaries in Arizona; in total, the company owns 97 dispensaries, 23 cultivation sites, and 30 processing sites across 23 states.”


it would be the same reason if there wasn’t any food sources or a grocery store and a restaurants not allowed and then they allowed ultra restricted and only limited amounts, u think ur food would be cheap and the sales would be high demand?

make shit into a diamond and once all states and majority of the world allows at least regulation sales, I bet they will be as cool as u brewing beer company or liquor or cigar and wanting even failure obvious micro business to be part of the business system. Everyone deserves to prove their business , it shouldn’t be just big boys and crappy process and connections make you. But that’s how government works if they do business Inless forced.

these clubs and dispensaries can act like they are game chargers but intill I see 50-100 bucks per oz and that’s just the connoisseur level I’m sure we will see stuff 10x cheaper than that when it’s auto trimmed and by the acre and marked as not as exclusive and allowable contaminates at a allowable levels . I. Sure people would prefer the art Everyone is different and this single molded as cannabis is deserved as such price when it’s the tax that rapes it . tobacco does allow quite the contaminate and so does all our food, meat and so many, making lab grade requirements should only visioned if it’s in pill form , ( cbd already has on cheap, lab quality bud for under 5o bucks a oz) good quality bud that’s hand trimmed or a machine that can do equal and same trich damage % as by hand I would be game . look at a cigar, there’s less than a dollar cigars and endless price up, like wine or anything that requires the art of process and branded names. Today’s standard for cannabis is a joke and they pretend like it’s a game changer and their bud is so good. If you haven’t checked out any state that in rec. Joke grade and def not worth the value vs you doing it yourself or black market purchase.

making the contamination allowances is a joke, they want to even count by % even things that don’t hurt you even when smoked. When you smoke tobacco , eat harmful meat and guaranteed a certain % contaminated to be allowed, cannabis can’t be marketed like this ultra gem on making it dafe cannabis in a normal market can’t be used.