Bees Love Weed and it Could Save Them 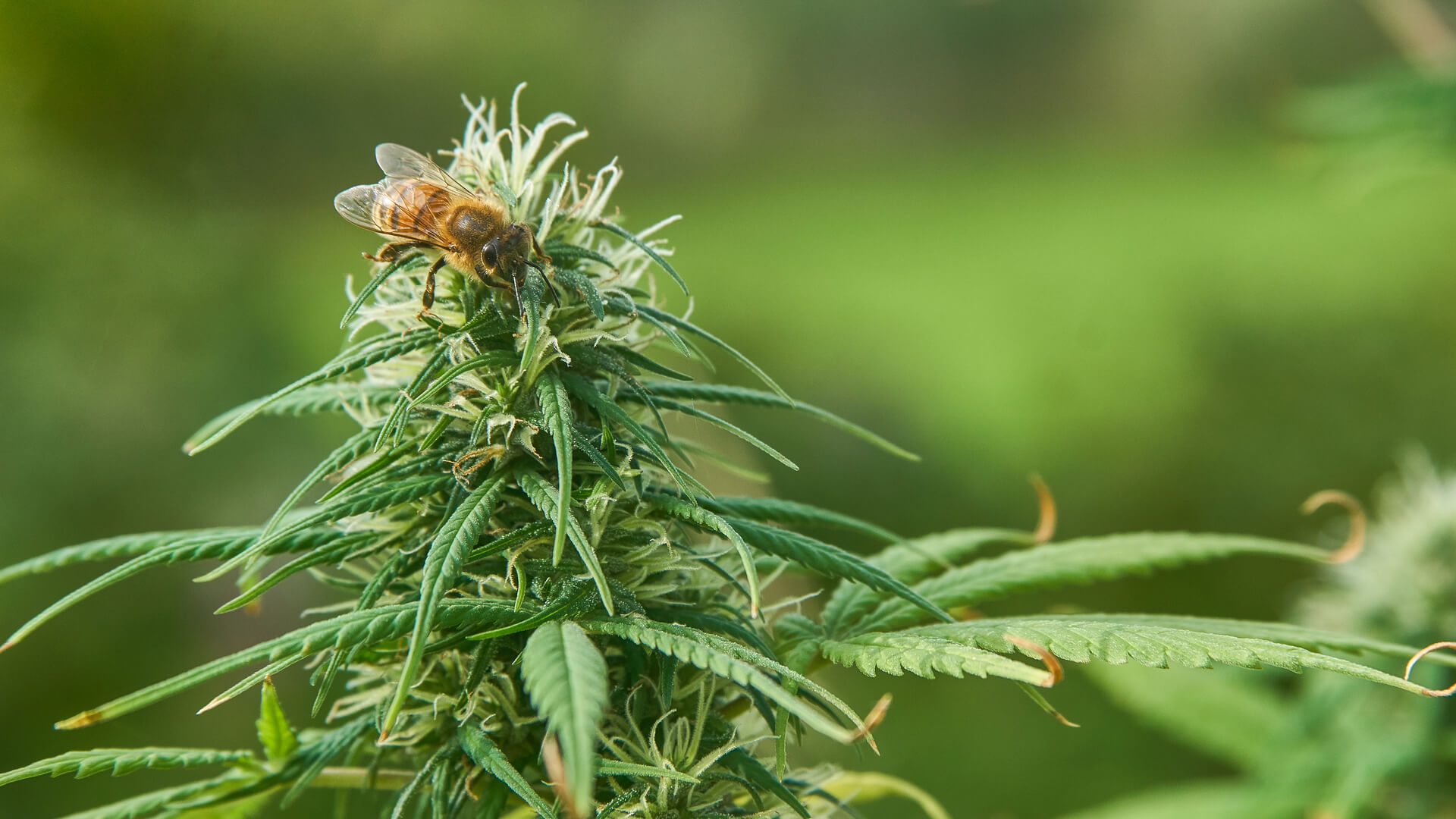 The world is much more familiar with the medical benefits of cannabis today than it was a decade ago. But cannabis isn’t only good for our bodies—weed can be good for the planet too!

From bee conservation efforts to reducing CO2 emissions, cannabis presents growers with an opportunity to develop a thriving cannabis business while protecting the environment at the same time.

That’ll only open happen if growers are aware of their impact on the environment and willing to implement sustainable agricultural management policies to make sure those impacts remain positive.

Why is bee conservation important?​

It’s thanks to the hard work of wild and domestic honeybees that we get to enjoy fruits, nuts, and vegetables in our diets. In addition to producing honey, bees are responsible for more than 80 percent of all pollination in the world.

Honeybees are vitally important for global ecological health, but they’re in grave danger. And that’s because of us.

Many farmers and home gardeners use pesticides to protect their crops and gardens from insect infestations. Though economically logical in the short-term, the use of pesticides introduces a fatal risk to bees.

One of the adverse reactions to pesticides in bees is the development of nosemosis, a disease that targets the bees’ digestive systems and leads to cachexia and weakness.

Between April 2018 and April 2019, over 40 percent of the commercialized bee population decreased, an unsustainable loss rate likely explained by the prevalent use of pesticides worldwide.

Researchers believe that this decline in bee populations could directly impact the agricultural industry. Already, there is evidence that a lack of honeybees has caused decreased yields in crops like apples, cherries, and blueberries.

If weed can save the bees, environmentalists (and anyone invested in the long-term survival of humans, birds, and other small mammalian species) should set their sights on the development of sustainable cannabis agricultural management policies.

Bees love cannabis flower almost as much as we do​

Bees have an appetite for certain types of plants, and a team of New York scientists found that cannabis makes the cut.

The researchers discovered that organically grown cannabis benefited bee populations they investigated because of its abundant pollen and ability to be grown without the use of insecticides.

“Hemp has the potential to provide a critical nutritional resource to a diverse community of bees during a period of floral scarcity and thereby may help to sustain agroecosystem-wide pollination services for other crops in the landscape,” the research team wrote.

To conduct the study, the scientists collected bees visiting a variety of hemp flowers on New York farms. The team found that hemp supported 16 different bee species, with the tallest hemp plants proving to be the most attractive to bees.

Because bees find hemp so appealing, the researchers urged stakeholders in hemp and conservation to grow cannabis without the use of harmful insecticides.

“As cultivation of hemp increases, growers, land managers, and policymakers should consider its value in supporting bee communities and take its attractiveness to bees into account when developing pest management strategies,” the researchers said.

Researchers have discovered that cannabinoids extracted from hemp can save bees exposed to pesticides.

“There are reports that hemp extract protects human nerve cells,” Ptaszyńska said to The First News. “We decided to check whether it would be the same in the case of a bee.”

To carry out the study, the researchers observed how 5,000 caged bees recovered from pesticide poisoning after being treated with hemp extract. The results were promising.

“For now, we know that the extract extends the life of bees that have been exposed to pesticides,” Ptaszyńska said.

“The tested insects lived comparatively as long as those that had never had contact with harmful substances.”

Cannabis growers have to be intentional to avoid these environmental pitfalls​

Preliminary research shows that cannabis cultivation can provide bees with an important source of nutrition, but that doesn’t mean that cannabis farms are always a good thing for bees or the environment.


In addition to using pesticides, a significant number of cannabis producers opt to cultivate indoors. Indoor cultivation allows growers to control the environment with scientific precision, reducing the risk of their plants being infested by insects, eaten by larger pests, developing diseases, and succumbing to inclement weather.

But indoor cultivation is notoriously unsustainable. Indoor grows can often run 24 hours a day, seven days a week. One 2021 Nature Sustainability report found that growing just one ounce of cannabis emits as much carbon as burning an entire gas tank.

The carbon footprint of indoor cannabis cultivation is so staggering, Evan Mills, author of Energy Use by the Indoor Cannabis Industry: Inconvenient Truths for Producers, Consumers, and Policymakers makes the following conclusion:

“Outdoor cultivation—which has sufficed for millennia—is the most technologically elegant, sustainable, ethical, and economically viable approach for minimizing the rising energy and environmental burden of cannabis production.”

If grown with sustainability in mind, outdoor cannabis farms have the potential to offer these environmental benefits:


The cannabis industry remains illegal at the federal level which means that policymakers still have time to incorporate environmental sustainability into the language of the law. Cannabis has the potential to protect honeybees from pesticide poisoning and reduce atmospheric levels of CO2, two of the most pressing environmental threats today.

Turns out pot can do more than make you feel good—it might be able to save the world, too.

The post Bees Love Weed and it Could Save Them appeared first on Wikileaf.