Marijuana decarboxylation has been subjected to an increasing interest from the cannabis community in recent years, coinciding with the surge of edibles rich in cannabinoids and terpenes. It is, after all, the way to ensure the active principles that are present in these types of products will be in their “active” form; or in other words… they will have an effect, and therefore users will be able to benefit from their properties.

Fresh cannabis flowers are full of cannabinoids and terpenes in their acid form (THCA, CBDA, CBGA), which does not provide the effects that most consumers want. In order to get high, you’ll need to decarboxylate these molecules, removing the carboxyl group (COOH) to obtain the active forms best known by all of us: THC, CBD, CBG…

In this article, we take a look into this intriguing process and show you several ways to do it. 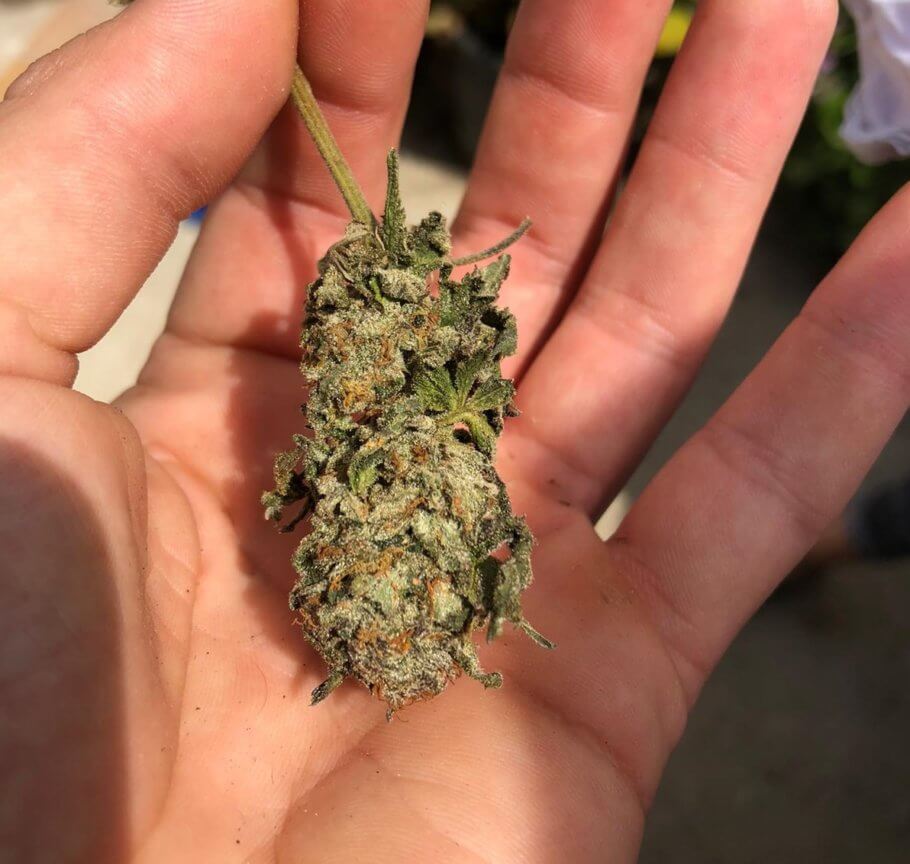 How does decarboxylation work?​

Once the plant is dry and it’s being cured, the cannabinoids that were in their acid form are naturally decarboxylated, mainly as a result of being exposed to the air and high temperatures. This is why your buds gain potency once cured, but it only happens to a small portion of the cannabinoids contained in them, while most of them remain in acid form.

Decarboxylation requires heat to take place, and a good example of how to get this process started is lighting a joint. In this case, you’re providing a heat source that makes the phenomenon possible, although in quite an aggressive way, given that it’s much hotter than it should and as a consequence, you’ll end up wasting a big chunk of the cannabinoids. That’s why it’s often said that we can take more advantage of the cannabinoids by using a cannabis vaporizer, which works at lower temperatures and doesn’t produce combustion.

The best temperature for this to happen is 100-120°C, with exposures of 30 minutes to an hour in order to achieve a good decarboxylation. Using low heat and longer time usually preserve the terpenes better, always trying not to exceed that temperature, since cannabinoids and terpenes would become volatile and you’ll lose both potency and organoleptic properties in the final product. If the temperature is higher than 150°C, you could ruin completely your flowers, since practically all cannabinoids will be evaporated. Someone who knows this very well is the user of high-end vaporizers, as they allow you to choose different temperatures in order to experience the various effects and flavours of the same flowers. 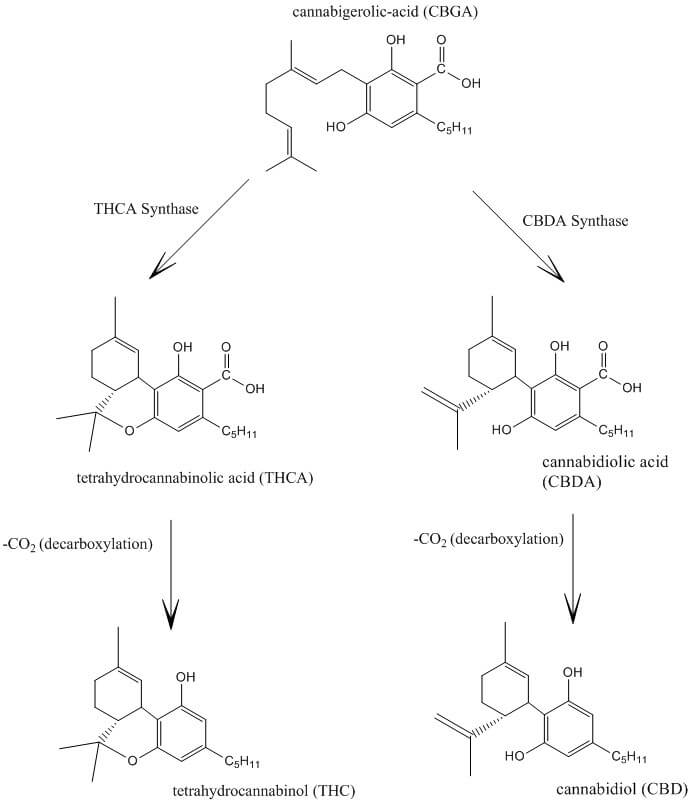 Thanks to decarboxylation, THCA and CBDA become THC and CBD

When carrying out this process, the cannabinoids are more easily assimilated by your system, and therefore you achieve a stronger high. This is the reason why some medical marijuana users do not decarboxylate their buds and use the raw herb without getting the narcotic effects; however, the price to pay is not being able to benefit from some of its main medicinal properties, such as reducing nausea or increasing the appetite.

On the other hand, and as we’ve already commented, if you want your cannabis to have the desired effect, you must decarboxylate it prior to food preparation for both recreational and – in many cases – medicinal purposes, and also to make creams, ointments or oils intended for topical use.

These are some of the most commonly used techniques to decarboxylate cannabis. As you will see, most of them can be done easily at home!


Generally speaking, when preparing cannabutter it can happen two things: on the one hand, you are admittedly decarboxylating the buds, since the cooking temperature is above 100°C; on the other hand, the cannabinoids in the flowers are being dissolved in the butter fats, so that the final product will have the desired effect. It is recommended to leave the buds in the boiling water around 45 minutes to ensure a more effective decarboxylation. Check out this simple cannabutter recipe in the following link:

In this case, the process is the same as with the butter: when heating the oil with the plant material, the cannabinoids bind to the oil fats by simply leaving the buds in the chosen oil over low heat. The temperature must be properly monitored, as oil heats much faster than water. For this instance, and whenever possible, it’s better to start with some semi-decarboxylated material (such as cured buds) and not having to heat the oil for a long time, which makes controlling the temperature more difficult.

This preparation method is very interesting not only for its possible applications in the kitchen, but also to make oils for topical use. For this, you’ll need to use some vegetable oil with a consistency harder than that of the olive and sunflower oils, such as coconut oil. In addition, you can add some other essential oil that is suitable for the condition you trying to treat.


The oven is another popular option that almost everyone can do at home. In this case, the right temperature is about 100°C, although we need to make something important clear: our domestic ovens are far from laboratory equipment, and therefore operate with a more or less 15°C deviation from the thermostat readings. It’s highly advisable to use a heat-resistant thermometer to measure the actual temperature inside the oven, as you could lose part of the cannabinoids if you use the wrong temperature. 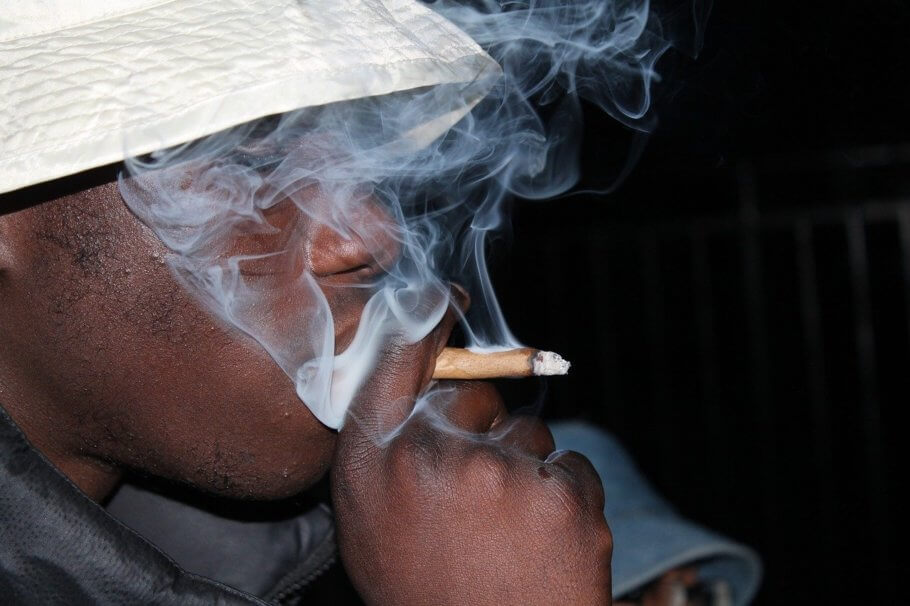 When lighting a joint, the vegetable matter and its compounds are decarboxylated


The process is very simple: grind the flowers a little to increase the surface area that gets in contact with the heat, and place them in a tray on a sheet of parchment paper. Preheat the oven to 100ºC and bake the buds for about 45 minutes. Let them cool, and they are ready to use!

As you probably know if you have already used this system, one of the main drawbacks is the strong smell; baking your buds in the oven can be stinkingly delicious for some, but not everyone likes the smell of cannabis! In more than a block of flats you could have a real problem, so we propose another option:

Carry out the same process placing first the flowers in a heat-resistant mason jar (ideally, part of lab equipment). This way, the volatilized terpenes will stay inside the jar and you won’t have the problem of the smell. Here, the difference lies in the fact that the contact surface area between the weed and the heat is minimized, so you will need to leave it longer; in this case, an hour, stirring every 15 minutes so the heat gets distributed as evenly as possible. After that time, let it cool and pack it for its future use.


Now we’re pretending to be Michelin-starred chefs. Vacuum cooking, or sous-vide, is a cooking technique that has been used for some time and consists in cooking the products at low temperatures during long periods of time, after placing them in a sealed bag. This technique provides some truly delicate flavours and textures. 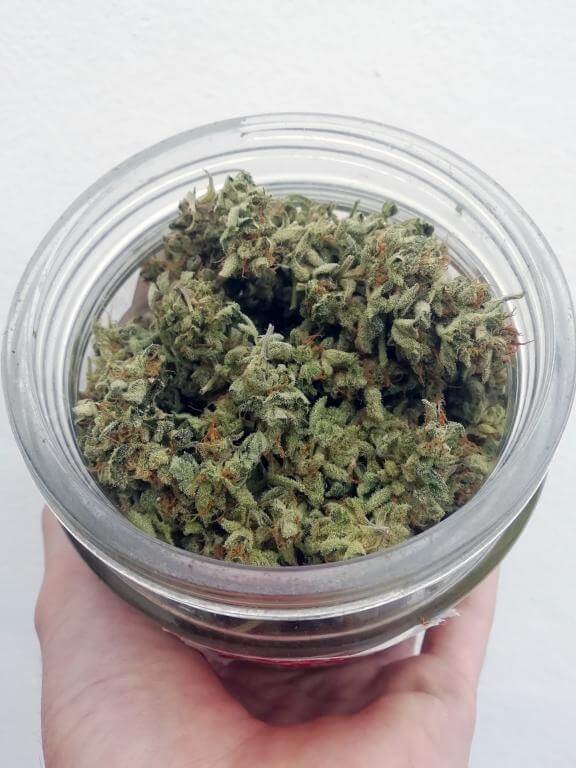 
If you happen to own a sous-vide machine or a thermocirculator because you are a proper fan of cooking, you can also use these techniques to achieve a highly effective decarboxylation while preserving as many aromas and flavours as possible.

For this process, you’ll need to grind your buds and place them in the vacuum bag, seal them properly and flat them as much as possible to increase the contact surface area. Cook them in a bain-marie with the thermocirculator or sous-vide during 90 minutes, and as usual, let them cool down before using or packing your weed for later.

As you can see, there are many ways to decarboxylate cannabis in a proper and efficient manner…Do not hesitate to share with us your doubts and favourite techniques.