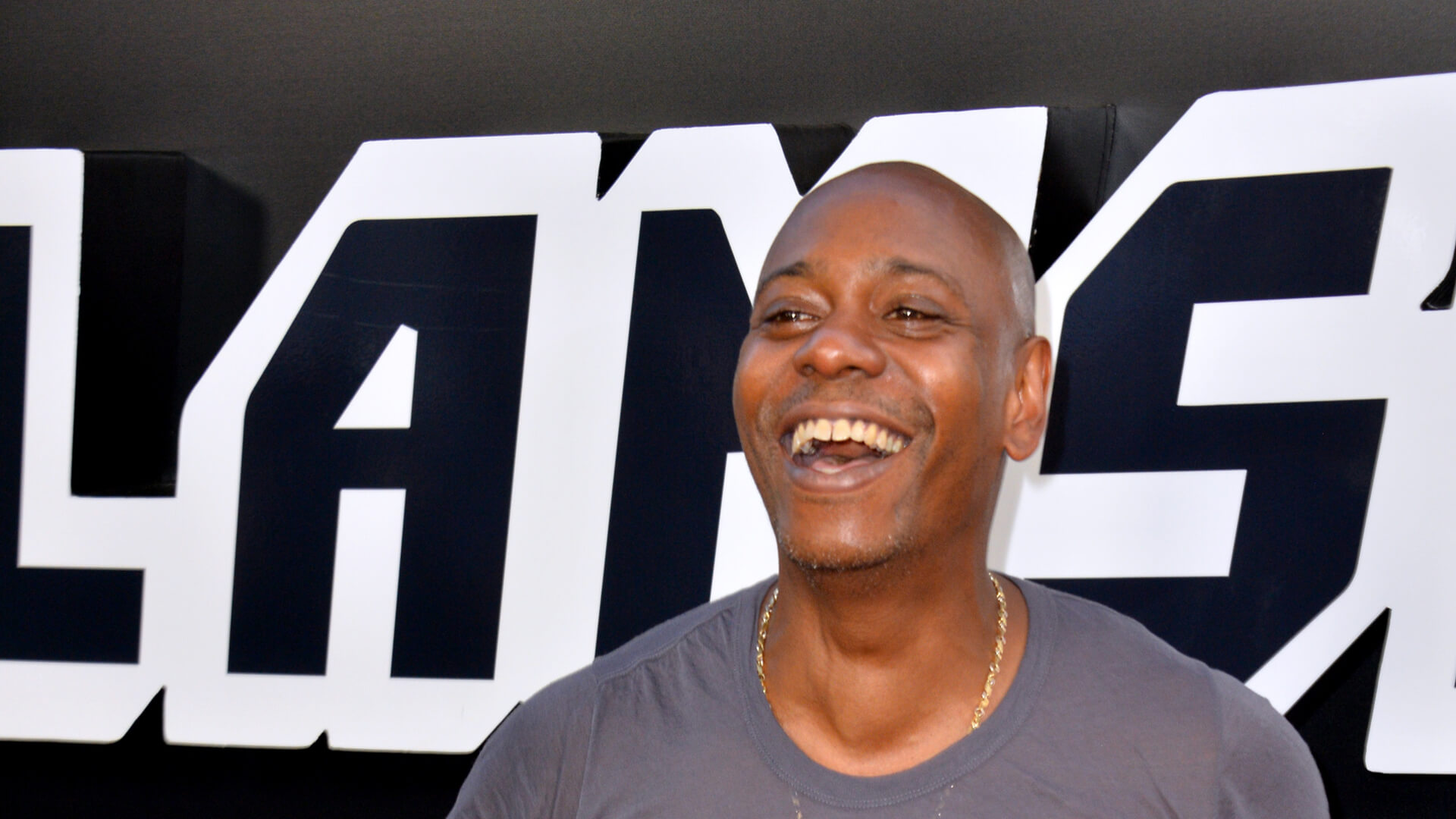 Dave Chappelle is a man of many talents. Despite being an award-winning stand-up comedian, actor, writer, and producer, he has largely rejected the Hollywood spotlight in recent years in favor of community engagement and family life in his home state of Ohio.

Some of Chappelle’s well-documented recreational pleasures include cannabis and other mind-expanding substances. In fact, he even encouraged long-time friend and 2018 Maryland gubernatorial candidate Ben Jealous to support the legalization of cannabis as part of his platform. In this piece, we’ll examine Dave Chappelle’s love for weed in his own words.

Our first major introduction to Dave Chappelle and his interest in weed came in the form of his starring role in the 1998 cult stoner classic Half Baked, which he co-wrote and also produced.

According to Dave, “I was livin’ that lifestyle, I wasn’t just imitating that lifestyle.” In fact, the film’s “Guy On the Couch” was reportedly based on a real friend of Chappelle’s who crashed on his couch while he and co-writer Neal Brennan worked on the screenplay.

Although several instances of cannabis consumption are portrayed in the film, it turns out that the actors used a tobacco-based substitute while filming…at least for the most part.

Dave Chappelle’s comedy has been described as “irreverent,” “obscene,” and “downright offensive” by some. Others have praised it as “poetically unfiltered and sociopolitically introspective.” Both Katt Williams and Kevin Hart have described him as the greatest stand-up comedian of all time.

Cannabis has often made its way into his act, but not always in the most ideal manner. In his 2017 Netflix special, Age of Spin, Chappelle discusses an incident where he was too high to perform for a Detroit audience in 2015—which led to angry fans demanding refunds and TMZ reporters suggesting that Chappelle was drunk.


Chappelle explains that it was cannabis, not alcohol, that precipitated the disaster, stating: “Well if you saw it…I wasn’t drunk. I had smoked some reefer, with some rappers. Yeah. I don’t know if you know anything about hanging out with rappers, but their weed is very strong—stronger than what I was accustomed to.”

While Chappelle didn’t give the specifics, Detroit rapper Danny Brown appears to have taken responsibility, tweeting: “Haven’t seen Dave new special but heard he gotta bit about that night I got him stoned to the gills … momma I made it!!!”

In recent months, during widespread COVID-19 shutdowns, Chappelle has been hosting a stand-up comedy program in his hometown, known as “Dave Chappelle & Friends – An Intimate Socially Distanced Affair” which has featured many of the biggest names in comedy.

In addition to drawing laughs, it has also drawn a bit of controversy surrounding the substances served at the event. In an interview with Ellen DeGeneres, one attendee, comedian Chris Rock stated that he was treated to “way more weed than anyone should ever have” as well as “a lot of mushrooms.”

To clarify, Ellen asked, “Mushrooms, like hallucinogenic mushrooms?” Rock responded, “Yeah, I was trying to be nice because your show’s on in the daytime, but we do lots of drugs.” Rock went on to state, “Dave’s got, like, a weed–mushroom chef that prepares amazing meals with weed and mushrooms,” he said. Other comedians, like Tiffany Haddish and Aziz Ansari have corroborated his statements regarding the psychedelic substances available at the event.

Despite this public statement of drug use at the event, Greene County Sheriff Gene Fischer seemed unconcerned, remarking: “Chris Rock’s a comedian. Chris Rock is probably looking for jokes. People have been making jokes about marijuana and drugs for years. Hopefully that’s what he’s talking about…To me these are just comments right now, unless we prove otherwise….It’s not raised to the level that we would go out en masse and try to make arrests.”

Dave Chappelle’s performance work frequently toes the line between absurdity, social commentary, and satire, but his personal interviews tend to provide more insight into his brilliant, introspective, and surprisingly humble mind. In a 2004 interview with High Times, Chappelle spoke candidly on his relationship with cannabis:

On the first time he smoked:​

“When I first smoked weed I didn’t like it so much. First time I smoked I was twelve. It didn’t really do anything for me. You hear stories, ‘I was paranoid, I was this, I was that.’ Nothing. Then I smoked pot once in high school. I think the first decent experience I had with weed was when I was nineteen. I started smoking again, and that’s when it was like, “Hey, this is not bad.” By that time the chronic had come out, and I loved it.”

On the legality of weed:​

“I didn’t see anything wrong with smoking pot, you know. I mean, now I’m older, I can see where it can be less than beneficial. I still don’t necessarily feel like it’s criminal.”

When asked “If pot were legal, would that do good things for race relations?”​

“I think potentially it could. I mean, socially, when I think about the people I have smoked pot with, they are such an eclectic mix of people that I probably never would have spoken to a lot of them if it weren’t for pot…So I mean, do I think it’s the cure-all for America’s problems? No. Do I think this sh*t is a good way to relax after a stressful day? Sure! In a live-and-let-live society I don’t know if it should be considered criminal. It’s not like people are breaking into cars to get pot money. If Tyrone smoked as much weed as he did crack, he’d fall asleep long before he committed a crime.”

Although Dave has a well-documented history with cannabis, he seems to have limited his consumption in recent times. When asked by David Letterman “How often are you smoking weed?” Chappelle replied “Not as much as people think, I’m 46 now.” But this doesn’t mean he doesn’t enjoy the benefits of cannabis. In the same interview, Chappelle stated, “I have enormous amounts of anxiety, just doing what I do, and it quelled it for the most part.”

As you can see, Dave Chappelle’s love for weed is a decades-long affair that, like his legacy, continues to change over time.