Flying With Edibles: What’s the Risk? 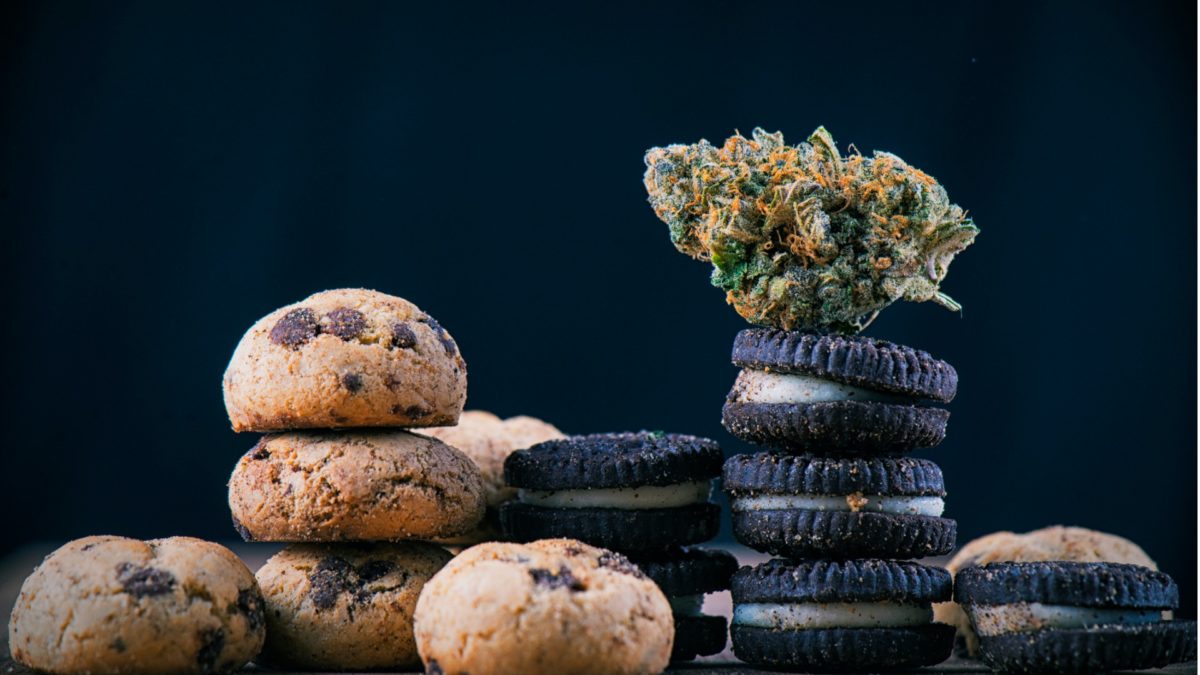 If you’re a cannabis user preparing for travel, there are a few risks you should be aware of before you get on a plane with weed.

As of now, you can’t lawfully bring weed into an airport, let alone onto a plane. That’s true even if your state has recreational or medical marijuana laws on the books.

But some consumers aren’t willing to leave their cannabis at home, especially those who consume for medical reasons.

Many who’ve attempted to fly with cannabis out of legal states report a hands-off approach from the Transportation Security Administration (TSA) and law-enforcement agencies. On the other hand, travelers flying out of prohibition states are more likely to run into legal trouble.

A more discrete option than toting flower or concentrates is to throw edibles in your bag. Keep reading to learn about the risks of flying with edibles.

Is It Safe to Fly with Edibles?​

The TSA has higher priorities than confiscating your marijuana.

They’re looking for bombs, weapons, liquids, or any other suspicious substance that could potentially endanger people on a plane. Unless you make your weed obvious to them, you’re THC-infused chocolates (packaged like regular candy) are unlikely to cause you any serious trouble.

TSA guidelines explicitly state that “marijuana and certain cannabis infused products, including some CBD oil, remain illegal under federal law.” The only exception to this is cannabis products containing 0.3 percent THC or less.

However, those same guidelines go on to say the following:

“TSA security officers do not search for marijuana or other illegal drugs, but in the event a substance that appears to be marijuana or a cannabis infused product is observed during security screening, TSA will refer the matter to a law enforcement officer.”

In other words, bringing weed on a plane is illegal. But you won’t be specifically searched for cannabis (especially not edibles). If a TSA officer happens to find your stash, they won’t lock you up – they’ll let local police figure it out.

If you’re in a weed-friendly state, that probably means you’ll have to throw your cannabis away, and the interruption may cause you to miss your flight. Unless you’re traveling through the Los Angeles International Airport (LAX), that is. The LAX marijuana policy is, well, pretty lax compared to the rest of the country:

“As of January 1, 2018, California law allows for individuals 21 years of age or older to possess up to 28.5 grams of marijuana and 8 grams of concentrated marijuana for personal consumption. With the change in state law, the policy and procedures of the Los Angeles Airport Police Division (APD) regarding marijuana were updated to reflect this change. APD officers, who are California Peace Officers, have no jurisdiction to arrest individuals if they are complying with state law.”

That policy may make LAX the safest airport to carry your edibles through. But what’s likely to happen if you’re in a state that prohibits cannabis?

Since the TSA’s policy is to hand your case over to local police, the response you’d face really depends on the city cops who’d engage you. TSA canines won’t be sniffing for weed, but local police dogs might.

Getting arrested isn’t a total impossibility. Consider location before you decide on packing edibles. Depending on your situation, the potential cons of traveling with edibles through an airport in a prohibition state may outweigh the benefits.

Packing Edibles in Your Checked Bag​

For some consumers, the risks are worth it. If cannabis is your medicine, the thought of traveling without it may seem like an impossible alternative.

In that case, take the following precautions before you fly with edibles:

How to Get Your Edibles Through Security​

TSA isn’t looking for your stash of weed chocolate. Because edibles look just like regular snacks, they’re the easiest cannabis products to get through security.

“Solid food items (not liquids or gels) can be transported in either your carry-on or checked bags. Liquid or gel food items larger than 3.4 oz are not allowed in carry-on bags and should be placed in your checked bags if possible.”

In other words, leave your weed-infused beverages at home, pack your edibles in something discreet (and odor-proof), and you should be in the clear.

Final Thoughts on Flying with Edibles​

Flying with edibles isn’t risk-free, but it’s the safest way to get on a plane with cannabis. You can minimize risk even more by packaging your edibles in an inconspicuous container and only bringing what you need. Consider local laws and drug enforcement policies carefully so you can decide if flying with edibles is the right choice for you.

The post Flying With Edibles: What’s the Risk? appeared first on Wikileaf.