Iconic M.C. Open Mike Eagle is now the Director of Cool Shit for a Weed Company 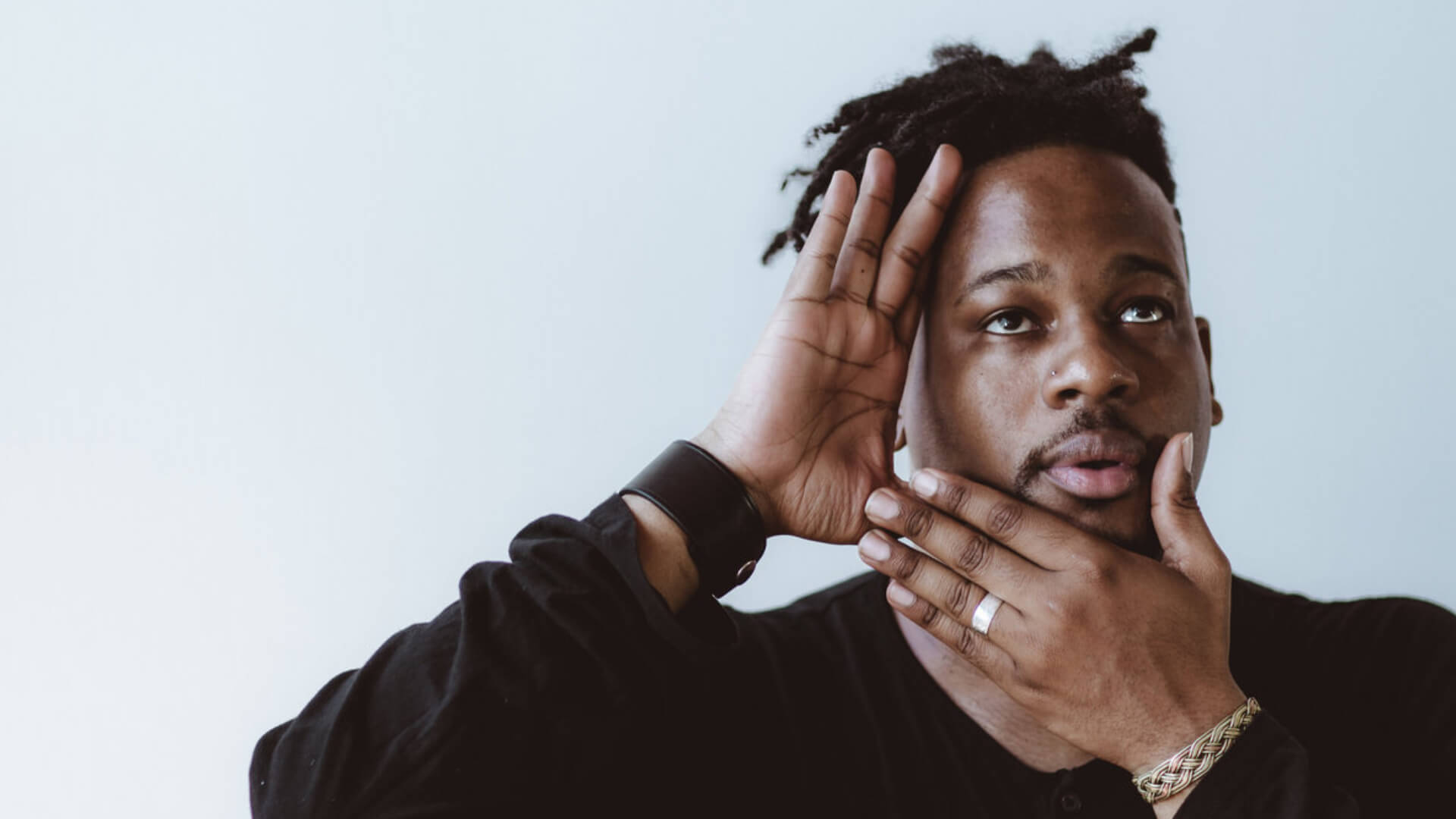 Of these ventures, the new partnership between the beloved, left-field m.c. Open Mike Eagle and the quirky California-based Smarty Plants is the one of the freshest, weirdest and most collaborative. Having been given the apt title of Director of Cool Shit, Eagle has been put in charge of making brand-specific playlists, and giving input on the brand at large, which includes amazingly stonery fun facts on its products. 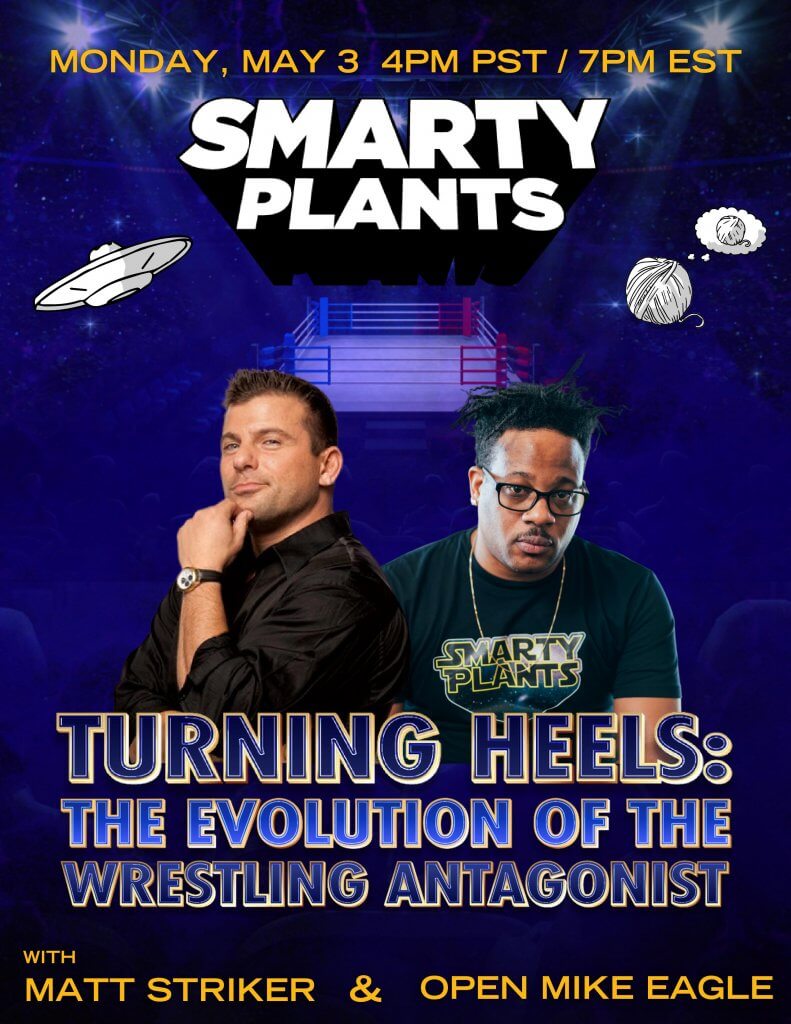 As part of the partnership, Eagle, who is a veteran podcast host, will also be officiating a live interview series called the “Rabbit Hole Series;” the first installment, with the pro wrestler Matt Striker, airs live on his YouTube channel tonight, Monday, May 3 at 7PM EST.

We caught up with Eagle to learn more about the collaboration, how he puts his playlists together, why he’s so pumped to interview a pro wrestler, whether he has new music on the horizon, and more.

This conversation has been lightly edited for length.

How did you get connected with the Smarty Plants crew?

I think they reached out to me because through all my different exploits I represent the weird vertex of interests that go along with their brand aesthetic.

A lot of people message me and then when I hear what they have to say I say, hmm, I don’t know about this (laughs). These guys seemed to get me and what I’m trying to do. It wasn’t a shallow thing. It was like, we want your input in how we go about being a brand. That’s pretty cool. To go with pretty cool, they gave me a title, Director of Cool Shit.

I was going to ask who came up with the title!

That was them. That’s another reason I thought, OK, this is going to work. It’s not some stuffy corporate thing trying to be hip. These are good people.

Do you have a favorite strain of theirs?

Nice. I loved the playlist you made for them, too, and especially the track by… Ba..ha…ma…?

Should I be embarrassed that I don’t know who she is?

The height of her public renown was in the mid-90s. No one could blame you for not knowing who she was.

Phew. How do you put together playlists? Is there any method to the madness?

I think I go into it with a very well-formed idea. I go into it head-first. With this particular playlist, “Smarty Plays,” I’m gonna do songs that feel smart to me.

When I was doing my podcast series What Had Happened Was. I was talking to Prince Paul about Handsome Boy Modeling School where he and Dan the Automator picked the sounds that went into their music and they’d be looking for stuff that sounded handsome.

I think it’s also an apt descriptor for how I pick songs for a playlist. I go with what feels right. There’s a little bit more cerebral seasoning that goes into it, but I want to make sure there’s some discovery for people. You don’t know that for sure, but you can guess people haven’t heard of this band or this rapper.

Nice. Then a nerdy dude gets to ask you who Ba-ha-ma-dia is.

You mentioned discovery. Is there anything you’ve discovered recently, musically, that’s stuck with you?

This season I interviewed El-P [of Run the Jewels] for the podcast. I’ve been going back and listening to his stuff from [the label he co-founded] Def Jux that I didn’t hear the first go around. I’ve found quite a few super solid songs in those albums that I said, OK, I want this to be part of my life.

He’s Triple OG. I became aware of him at the same time as Bahamadia (laughs).

So, Smarty Plants leans into having fun facts on their products. Is coming up with those one of your duties as the Director of Cool Shit.

That’s separate from me, but it’s one of the things that interested me about the company. I was thinking, oh, OK, they are already weird. It reminds me of Snapple drinks.

I love that. The fun facts are such a quintessential stoner-y delight.

Yeah, exactly. Our world is so full of dark shit, it’s cool to just get some fun facts about our world to ponder.

Why did you guys choose wrestler Matt Striker as the first guest for the interview series?]

He’s a great wrestler, a great commentator, a great talker on the mic. He happens to be in the orbit of the Smarty Plants universe already. It was easy to lock him in. I’m a straight-up fan, I’ve been watching that guy on TV for years. I’m happy to pick his brain. He’s a former teacher as well. He’s got a wealth of knowledge and I’m excited to pick his brain about that stuff.

I tend to overanalyze everything, and wrestling in particular.

As a podcast veteran, how do you describe your interview style?

I tend to want to aim toward stuff that I think has a layered interest. I like to ask questions that feel logical or practical on the surface but my hope is that they reveal complicated emotional stuff underneath.

[For example], El-P has an album called Cancer 4 Cure. What does the title mean? You could imagine the complexity that comes out of that.

Mike, since we last spoke, your home state of Illinois has legalized cannabis. I know you live in LA now, but I’m wondering what that means to you?

Getting trees was such a risky endeavor for my whole life. As the child of adults who indulged, all through my schooling, even at college down in southern Illinois. I remember really good students who got involved in selling trees down in Carbondale and it messed their whole life up. It means a lot to me that the environment is changing, but I haven’t connected with people there about what it means for them on the ground.

Got it. I’d be remiss to ask, do you have new music on the horizon?

I’m working on a solo project right now. I would talk about it if there was more to say. The music hasn’t told me what it is yet; the project hasn’t revealed itself yet.

Any last words before we wrap up, about the interview with Matt Striker or otherwise?

We’re going to be talking about how wrestling…we’re gonna start back in the ’50s and ’60s when people believed it was real, versus now that people think it’s entertainment, and things you have to do to draw the ire of the audience.

Will you conduct the interview under the influence?

I haven’t decided. It could go really good or really bad (laughs). It depends on what else happens between now and then. The jury’s still out.

The post Iconic M.C. Open Mike Eagle is now the Director of Cool Shit for a Weed Company appeared first on Wikileaf.

Like the rapper thug wannabes I laid into on IG, claiming they "invented moon rocks".
Barely 18 or 20 yrs old, and claiming to have invented something I smoked about 25 yrs ago.
Or their buddy that "bred Girl Scout Cookies" strain.