Is Delta 8 Safe, Legal or Worth the Hype? 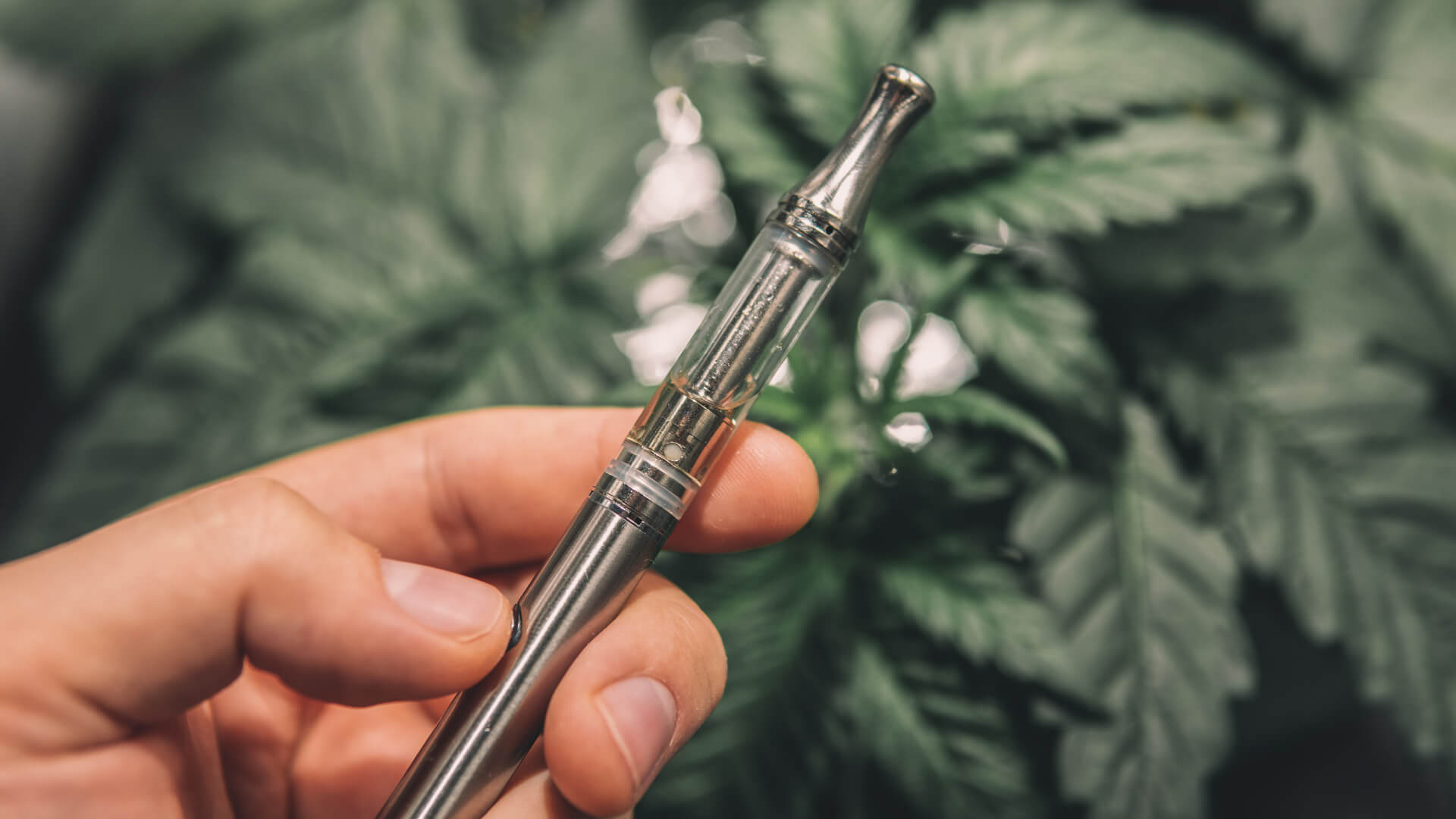 Americans have long found ways to circumvent state and federal law in order to get high, but Delta-8 THC presents a loophole of another magnitude.

While the 2018 Farm Bill legalized widespread hemp production, it also left an opening for budding entrepreneurs: since the bill specified that Delta-9 THC, the popular compound in cannabis that gets you high, was the sole illegal component of the plant, producers believed they were in the clear to synthesize and sell its close cousin, Delta 8.

Cue the explosion of an overnight industry.

Across the country, hemp producers and retailers have found remarkable success by churning out tons of Delta-8 rich products – from gummies to vape carts to tinctures. And there is more all the time. Last week, for instance, the Canadian rapper and singer Tory Lanez announced his own line of Delta-8 products, Black Leprechaun.

Politico recently reported that customers have purchased roughly $10 million of Delta-8 products in the past six months.

Being so new, however, many questions remain surrounding the safety of generating the compound, as well as its legality. As Delta-8’s popularity continues to grow, some states are starting to restrict it; Oregon’s Liquor Control Commission – which also oversees the state’s cannabis program – recently green-lit a plan to “limit unchecked use” of Delta-8, and the Michigan Cannabis Manufacturers Association called on the state to begin regulating it. Others may not be far behind.

Potential customers may also be wondering whether Delta-8 is a comparable substitute for conventional THC. It has been called “marijuana light,” while others have described its effects as being “half as strong and twice as long” as THC.

To get to the bottom of the Delta-8 craze, I had to see, and puff, for myself.

Before we go too far down the Delta-8 rabbit hole, let’s take a minute to back up and clarify what the heck we’re talking about. As Wikileaf has reported, Delta-8 is an extremely close cousin of Delta-9 tetrahydrocannabinol (known typically as THC). The latter is also much more molecularly “stable,” and thus Delta-8 is prone to break down and become Delta-9 THC.

Delta-8 binds to the same receptors found throughout the central nervous system as Delta-9: Cannabinoid Type 1 and 2, or CB1 and CB2. Yet it has also been shown to counter the psychotropic effects of THC (just like CBD) and is noted to be more effective at combating nausea.

Unlike Delta-9 THC, however, Delta-8 rarely appears naturally. Most Delta-8 is produced by adding an acidic catalyst to hemp extracts; while this process is an effective way to generate Delta-8, it also creates Delta-9 THC as a byproduct.

According to Erik Paulson, the manager of Infinite Chemical Analysis Labs, however, “that’s where a lot of variability comes in.” Paulson estimates that his lab tested roughly 400 Delta-8 products last year, but only six contained less than 0.3% THC, the legal limit.

A Different Kind of High​

In the past few weeks, a couple of Delta-8 producers have offered to send me their products (you can currently legally mail Delta-8 to 42 states), but only one followed through the Miami-based company D8 Holdings, who sent me a package of “Blue x Razz” gummies and an “Açai x Gelato” vape cart.

Packages for both products sported QR codes that took me to lab results on the company’s website. According to tests conducted by the Florida-based ACS Laboratory, both products were THC-free (and additionally free of other potential concerns, like heavy metals and pesticides).

I tried the gummies first. Since I didn’t really know what I was in for, so I started small, with half of a 25mg gummy. About 45 minutes later, however, I was catching up with a friend on the phone when I found myself, abruptly, unable to complete my sentences. My brain was toast. I made up an excuse about needing to get some chores done (sorry, Sam!) and got off the phone, a bit woozy.

The gummy didn’t quite offer the spritely Sativa high of, say, Jack Herer. Nor was it a “sink into the couch until the end of time” India experience, either. I got over that initial dizziness, and while I felt pretty spaced out, I still had some energy to bop around the house (to clarify, if this wasn’t already clear: I’m a cannabis lightweight).

There was something else I really liked about the gummy: the anxiety that I associate with most cannabis didn’t rear its head. I felt calm and cheery throughout the experience, which didn’t seem to last much longer, if any, than a conventional cannabis edible.

The “Açai x Gelato” vape cart was flavorful (perhaps, honestly, a bit too much) and had similar effects. I’ve taken a puff or two most evenings over the past week.

Paulson, the testing lab manager, for one, believes that the Delta-8 craze will prove to be more than a passing fad. “I do think it’s here to stay,” he told Wikileaf. “It’s got its own niche benefits; people don’t want to consume something that’s psychoactive,” he added.

For Delta-8 to succeed in the long run, producers will need to ensure their product is safe, for regulators and customers alike. “It’s kind of uncharted territory here,” Paulson pointed out.

We recommend you take the time to make sure your Delta-8 products are lab-tested and come from a reliable source. Delta-8 THC provides an exciting and novel experience; do your due diligence to make sure you get all of the benefits and avoid the risks.

The post Is Delta 8 Safe, Legal or Worth the Hype? appeared first on Wikileaf.

hype
“Paulson, the testing lab manager, for one, believes that the Delta-8 craze will prove to be more than a passing fad. “I do think it’s here to stay,” he told Wikileaf. “It’s got its own niche benefits; people don’t want to consume something that’s psychoactive,” he added.”

mkay , its funny when a article explains nothing but it’s a rabbit hole of info and they explain nothing but you cant get it naturally and it’s hard to get. Sounds like they don’t want homegrown and people to realize how easy delta 9 and all the terps are and can be easily extracted or smoked as flower ‘without extract . im good on games and expensive oils. With the money paid even from a month or two of consuming that u could have a stockpile of bud to last ya per year and u could do yearly stockpiles vs being their bitch for bs extract and single cannabinoids . Example look at the extracts of 99%+ thc and u can smoke it by itself and from what I see a lot of people agree, it doesn’t even get u more high cause they damaged and only selected.

if I’m buying extract or hard to find it would be cbg not delta 8 . delta 9 does it fine for me and even if it was 5% delta 9 and lots of terps I’m game vs this high dollar menu choices.


but hey everyone is differnet on views and what they want. Only suggestion is do yourself some research on what any of these ad’s or new hypes on cannabinoids or exacts.
Last edited: Mar 31, 2021

Interesting, I had an issue with the same quote, but for a different reason: the author of the piece has just spent awhile telling us it is psychoactive. Not really sure what the testing lab guy is talking about (though the author does admit to being a lightweight). The only reason Delta 8 is "a thing" is that it's legal and can be obtained in most US states, even those without med or rec cannabis. Better yet it can be ordered online and sent through the mail. People want to get high, and it's available.