In today’s article, we invite you to reflect on one of the most important aspects of indoor growing: lighting. If you are just starting out in growing, you will have seen that there are several options, not only in terms of lamp power but also in terms of the type of lights you can find. Well, today we will focus on the most popular ones, which are LED panels and traditional HID or high-intensity discharge lamps (HPS, metal halide, etc.).

The intention of this post is not to claim that LED panels are better or worse than other kinds of grow lights, but that they are simply different options (with very wide price ranges) among which the grower will have to choose depending on his needs and growing conditions. However, given the improvements seen in LED equipment in recent years, it is very likely that this type of lamp will dominate the indoor growing market in the near future. 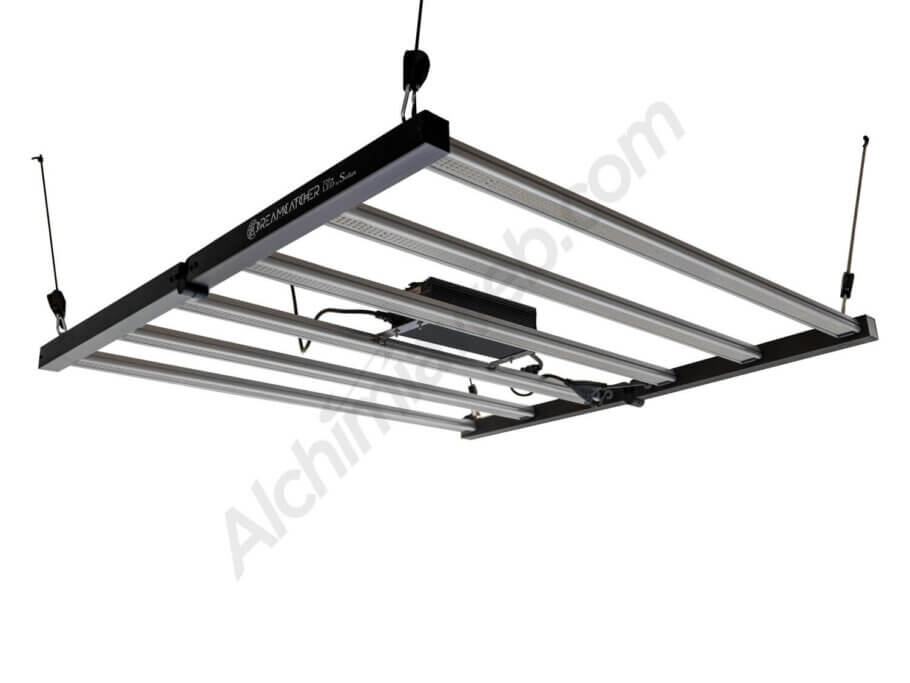 What is LED technology?​

LED (light-emitting diode) lights are diodes that emit light thanks to a semiconductor that is crossed by a continuous voltage. Nowadays there are various LED technologies available for indoor cultivation, all of which are more efficient than traditional HID (High-Intensity Discharge) lighting methods, making them a much more ecological, long-lasting and economical option over time in most cases.

A few years ago, with the appearance of the first LED panels, a hopeful future opened up in the field of horticulture; there were many who shared information on forums and ventured to create this type of lamp at home, and although there was not much information on the subject, it was foreseen that they would be the tool of the future.

Well, it has taken a few years to prove that they are indeed the best option in most cases (but not always). This is in stark contrast to what happened at the beginning when the yields were not 100% satisfactory and sodium lamps (HPS) were unrivalled, the appropriate spectra were not at all clear due to a lack of research and the purist defenders of discharge lamps, fearing change, criticised them ad nauseam.

Once you’ve decided that you want to grow with LEDs, the most important point to consider is the right choice for your space. There is a multitude of platforms and companies that offer LEDs at really cheap prices, with results that seem more than hopeful, but in most cases, they do not deliver what they promise: that 1000-2000w LED equivalent to the production of a standard 1000w HPS but with a consumption of 150-220 or 300w does not exist, you’d better forget about it. What you should do is look at the light that can be assimilated by the plants by studying the technical data sheet to check that the system you are looking at is suitable for growing.

In LED technology we cannot use the traditional measurement system, we have to leave lumens, candelas and lux behind us and start using measurements such as PAR, PPF and PPFD. It is important to choose the right equipment and make an investment that you will not regret; the chances are that with cheap equipment without technical specifications you will only waste your time and in the future, you will have to buy other equipment.

Let’s take a look at the specifications that LED grow lights should provide in their datasheet:

This is one of the most important points: PAR measures the light needed (scientists call light “electromagnetic radiation”) for plants to photosynthesise.

Light is defined by its different wavelengths, which are responsible for the formation of the spectrum. Well, PAR and FFPD is the part of these light spectra (Electromagnetic Radiation) that plants can assimilate (use) to perform their photosynthesis depending on several important points: the amount of light that our LED equipment produces, how much of it the plants can assimilate and the amount of light the plant receives during its photoperiod.

Therefore, PAR is the energy required for the plants to produce plant mass, the wavelength for lush, green growth, being somewhat higher for optimal flowering; it is between 300nm and 800nm, the so-called physiological radiation.

The PPF measures the total amount of light emitted per second by our LED lamp (the amount of PAR emitted) and its measurement is expressed in μmoles/second. We could say it is the equivalent measure to the lumens used for traditional HID equipment, but in PAR light, as in fact lumens are used for the human eye and PPF for plants. 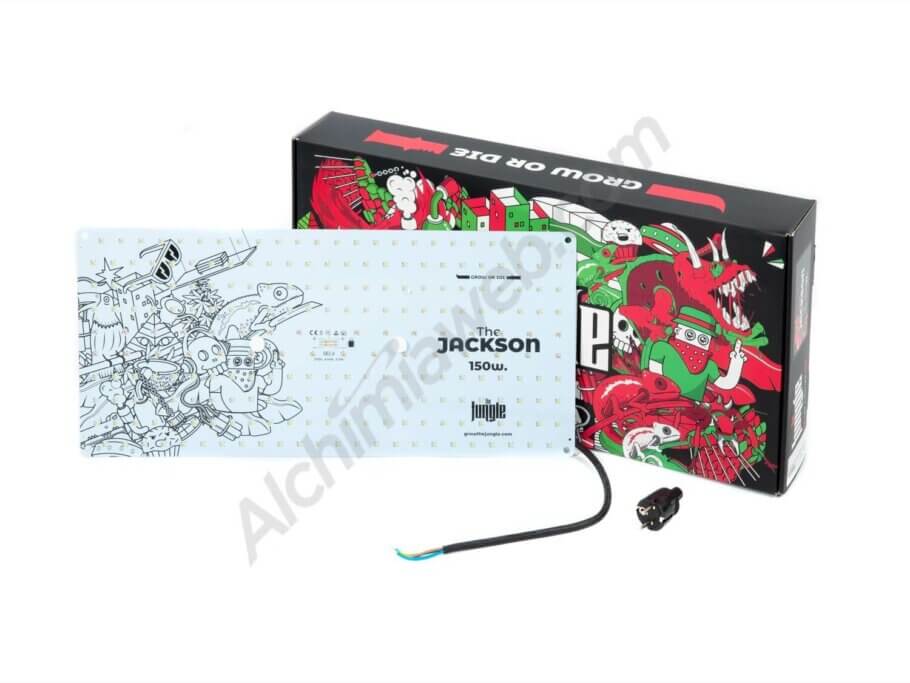 The most important measurement to study when growing with LEDs is photosynthetic photon flux density, known as PPFD. It measures the amount of PPF in a given area, which is what you should look at when choosing your LED for your grow space (μmol/m2/s). It is subject to different variables in addition to the area, such as the distance between the LED and the tips of the plants, or the type of material used on the walls of our crop (reflection). By moving our LED closer to the plants, using good material (with good reflection) for the indoor walls or reducing the growing area, the PPFD also increases.

Now that we know a little more about LED lighting and how it is measured, we will briefly compare it with HID systems, sodium vapour lamps (HPS) and metal halide lamps (MH) in cultivation.

LED panels are, in most cases, dimmable and have a full spectrum (for growth and flowering), so they are valid for the complete cycle of the plant. With conventional HID equipment, the bulb options available are: Mercury (HM or metal halide for growth), Sodium (HPS for flowering) and mixed (growth and flowering). But we have to keep in mind that after the first crop, HID bulbs start to lose efficiency. On the other hand, with LEDs, many manufacturers promise up to 60,000 hours of use without losing efficiency and have a 5-year guarantee on their equipment. In this period of time, many HID bulbs would need to be replaced in order not to lose efficiency, with the financial expense this represents (from the first harvest onwards, the production decreases with HID lamps).

Thanks to the full spectrum of most LED equipment, a bud grown under LED has a terpene quality very similar to outdoor growing, developing much more complete aromas than using other types of lights. 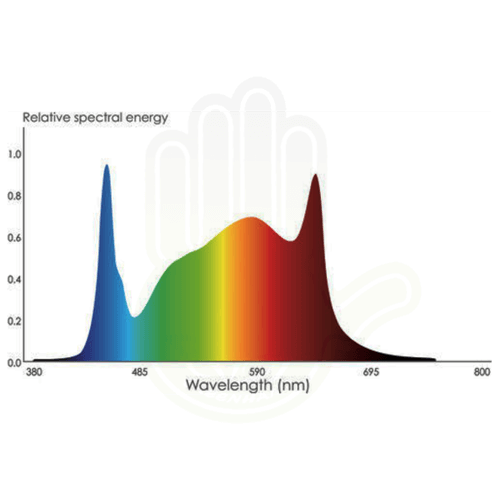 Speaking of efficiency, an important factor to take into account is heat loss. We all know that energy is neither created nor destroyed, it is transformed; HID lamps transform a good part of their energy into heat (not just lumens). This fact can be good or bad depending on the situation of the grower; efficiency is lost, but in places where temperatures are low, it can help to maintain the correct conditions inside the grow, while with LED the ambient temperature will hardly vary due to its low heat generation…

In cold places, we will have to solve this problem with some kind of heater or install the grow tent in the right place, while in spring-summer it allows us to grow our crop without problems of high temperatures, at the same time as growers using HID lamps will have to turn off the lights or install an air conditioning unit due to the high temperatures they generate. We must also bear in mind that, due to their temperature emission, HID lamps lower humidity considerably while the plants do not reach a good size and generate adequate transpiration, so in many cases, a humidifier will be necessary for the growth and pre-flowering phase.

With the concept of energy transformation into heat (much higher in HID bulbs) we can already deduce that lumens are lost, contrary to LED, which has a higher PAR and efficiency. Each grower is familiar with the temperature and humidity parameters of the location of their grow space, so they will have to choose the most convenient system to suit their needs.

Some advice: Due to the boom in the cultivation of automatic plants indoors, which need a photoperiod of 18 hours of light and 6 hours of darkness throughout their life cycle to obtain optimal results, from Alchimia we recommend the use of LED panels for this purpose, because with an HID system on for 18 hours at a time, a large amount of heat is generated making it difficult to maintain adequate humidity in the first weeks (which should be approximately 75% RH). Additionally, we must take into account the electricity bill, because 18 hours of light a day is a very long time for an HID. 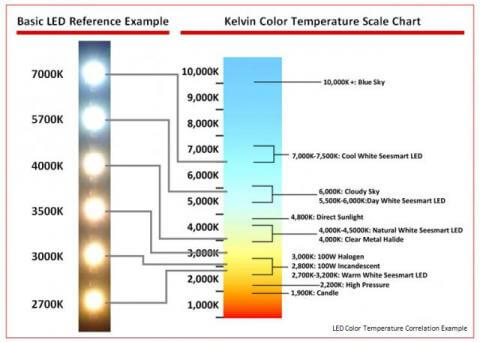 Depending on the colour temperature, we will get one colour of light or another

As we already mentioned, the higher the temperature, the more evaporation takes place (low humidity), so plants grown under HID lamps need to be watered more frequently, which implies a higher expense in nutrients.

With LED we must take care in this regard because the plants will not drink as much, although due to the lower temperatures and higher PAR it is not unusual for the plants to demand an extra supply of calcium and magnesium on occasion. It is important not to overwater when growing with LEDs, as the excess water takes much longer to evaporate and in the long run can cause nutrient blockage in the roots. We should water as needed, but without overdoing it.

Distance between lights and plants​

It is important to emphasise that in both HID and LED crops we must leave a prudent distance between our lamp and the tips of the plants. In the case of LED we can always bring it closer once flowering has started, but without exceeding it. If we do not have enough information about our LED from the manufacturer, the most cautious thing to do is to start with a prudent distance of 30 to 45 cm during vegetative growth and see how the plants react. If they stretch too much in search of light, we should move the lamp a little closer.

Because the light emitted by the LED is very similar to solar light, the plants develop with much shorter internode spacing (they grow more compact) than when grown with HID, offering a much more optimal growth and production. However, possible pests are much more at ease under LED, nothing we can’t solve by observing/monitoring the plants closely and using preventives. 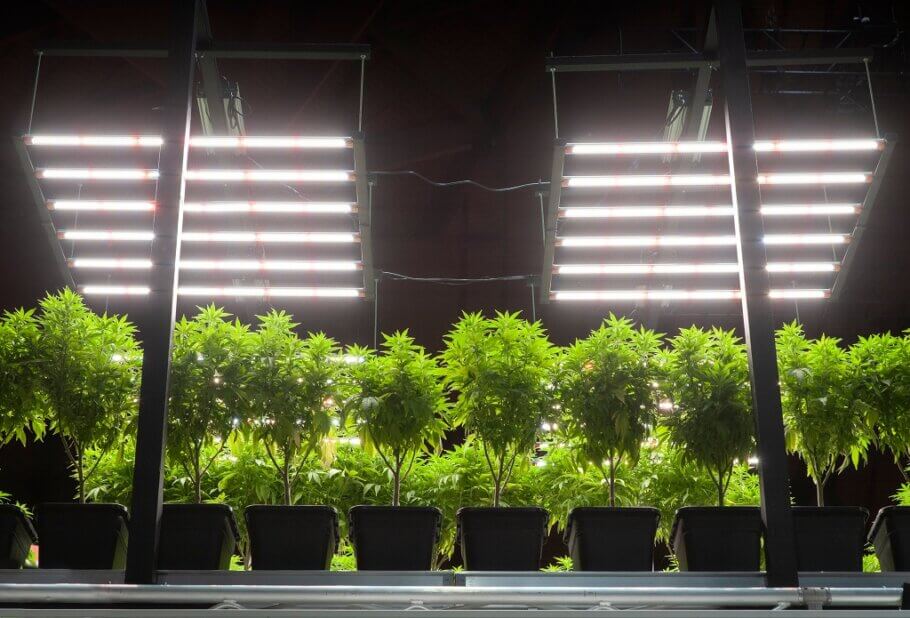 Last but not least, LEDs do not currently have 100% domination in home cultivation, but that will change over time. Nowadays we can already find very good LEDs at a very competitive price that can pay for itself in a short period of time, not only because of their greater efficiency and low maintenance (replacing HID bulbs has a cost and the price of electricity is skyrocketing).

It is not often considered, but LED technology allows the use of solar panels or a wind turbine, something that is practically impossible with HID lamps. There are already growers who have installed a self-sufficient system of solar panels that allows them to be a little more independent from the electricity companies, not 100% but significantly reducing their electricity bill thanks to the use of LEDs and domestic photovoltaic systems or by means of wind turbines.

Whether you are an experienced home grower or someone who wants to get started in the exciting world of cultivation, there is a multitude of options when it comes to lighting. It is a matter of choosing the most suitable one depending on the various cultivation parameters and of course your budget, although if you are thinking in the long term, LEDs are probably the best choice at the moment.