Mexico is certainly one of the New World countries with the strongest tradition in cannabis cultivation and consumption. Sharing borders with the United States to the north and Guatemala and Belize to the south, this wonderful nation is nestled between the Pacific Ocean and the Gulf of Mexico and enjoys such disparate climates that it’s possible to go from a desolated desert to a luxuriant rainforest brimming with life, in a matter of a few hours.

In fact, (although, as we will see, it’s a widely contested theory) according to many sources, Mexico is the place where cannabis first arrived in the Americas. From there, it quickly spread both north and south, and to the Caribbean Sea islands off the east coast of Mexico. In this article, we take a deeper look into the history of this ancient plant in this beautiful land, which recently has been taking huge steps towards full regularization, and could become an example for many others. 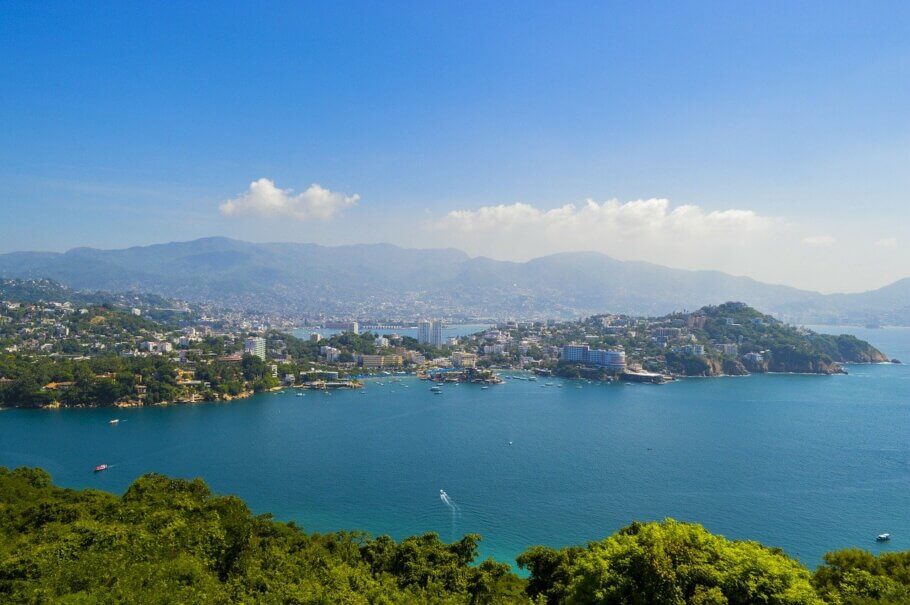 Acapulco, in the state of Guerrero, is the birthplace of the renowned Acapulco Gold

The arrival of cannabis in America​

The question of the origins of cannabis on the American continent has been debated for decades. Although it seems we can rule out that the Spanish – or Portuguese – were the first to bring the plant to this territory (there is ample evidence to show that it was used by various cultures long before their arrival), it does seem true that it was not until their arrival that the cultivation of cannabis began to take on real importance, especially for the manufacture of nautical material such as sails or ropes. We suggest you take a quick look at some of the most popular theories regarding the origins of cannabis in America and, therefore, in Mexico, although we’d like to clarify that there is no shortage of theories, which we encourage you to investigate!

One of the many theories about the origin of cannabis in America, widely accepted since the middle of the 20th century, is one that presents a scenario in which the so-called Clovis people (who were, according to this theory, the first to settle in this territory) would have crossed the Bering Strait from Siberia and reaching Alaska, using a land pass known as the Beringia Bridge, created thanks to very particular climatic conditions. With them, the first cannabis seeds would also have arrived on the continent in a migratory phenomenon that would h0ave occurred around 13,000 BC. From there, and taking advantage of a retreat in the glaciers that opened a passable corridor east of the Rocky Mountains, they could have spread south through what we now know as Canada.

In this way, and according to this theory, the first settlers of America would have come through this pass and settled in various territories, increasingly to the South. However, in recent years this theory has been refuted as human settlements were found dating from long before the opening of this pass, in the same way that the next theory that we offer (one of the most popular) has also been put into question by the discovery of cannabis remains dating from a period much earlier than the arrival of the colonisers.

It was the year 711 in the Iberian Peninsula when, in a climate of tenuous stability among the Visigoth kingdoms that ruled this land, the Umayyad Caliphate’s armies initiated an invasion from the south. After 15 years of battles, practically the whole Peninsula ended up under Muslim control, a situation that lasted for 7 centuries, and during which the inhabitants of the conquered territories adopted some of the invaders’ traditions, like cannabis cultivation and consumption. 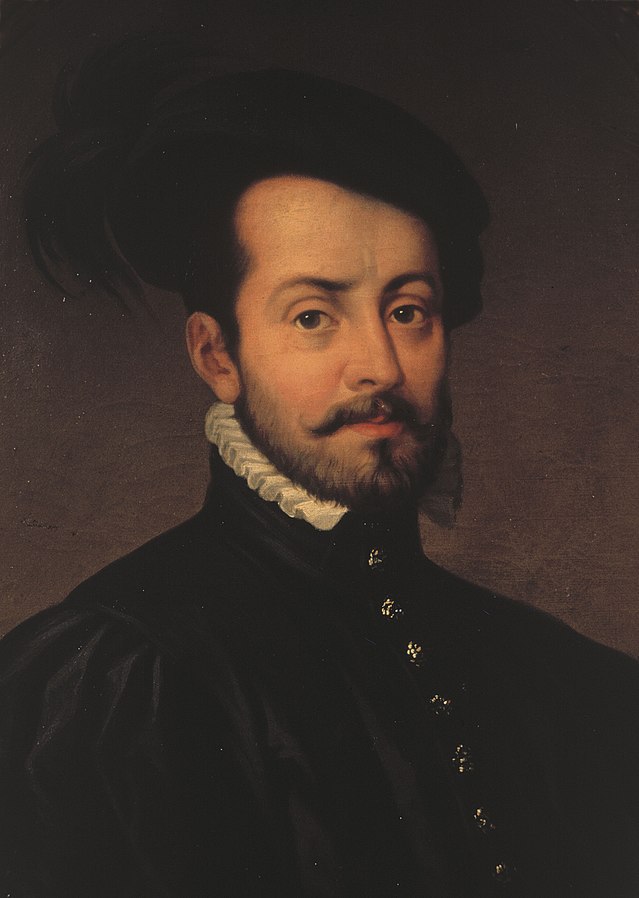 
In 1492, the same year that Christopher Columbus arrived in the New World, the Moors were permanently expelled from Spain, bringing the Reconquista to an end, which meant that more resources could finally be allocated to exploring the new territories. Although today it is a widely contested theory, some believe that shortly afterwards, Hernán Cortés could have been the first person to import cannabis seeds from the Peninsula into America, and more specifically, into “La Nueva España”, as Mexico was then known. Therefore, according to this theory, these would have been the first territories in the whole continent to be familiar with this plant of Asian origin. However, as we’ve seen, there is clear archeological evidence of the presence of cannabis in American territory dating back much earlier, although it is not disputed that both the Spanish and the Portuguese greatly popularised its cultivation.

Very soon, cannabis cultivation had spread to many parts of the country, both in terms of manufacturing (hemp for the processing of textile products) and for recreational, medicinal and religious or spiritual purposes. Just like the Muslims had done in the Peninsula, the Spaniards imported seeds with THC (psychoactive) to the conquered regions, whose inhabitants, who were used to do the same with other substances like fungi or cactus, quickly harnessed the benefits the new plant offered them.

In Mexico, cannabis cultivation and use had gone on peacefully for many centuries, remaining hugely popular and spreading to other regions of the continent. In fact, as early as 1910, one of the Mexican revolution hymns, “La Cucaracha” (The Cockroach), had become a symbol of marijuana use among Mexicans. Unfortunately, and just like in many other countries across the world, things changed with the advent of the “prohibition century”: the twentieth century.

From the beginning of the century, there was a steady migration of Mexicans to the United States to work as cheap labour in many regions of the country. This fact, together with the outset of the Great Depression in the 1930s (caused by the infamous New York Stock Exchange “crack of 29” or “Black Tuesday”), and the Federal Bureau of Narcotics harsh policies, favoured the stigmatization of both immigrants and the plant they consumed: marijuana.

Chronologically, cannabis was outlawed in 1913 in California and in 1920 in Mexico (exportation was also banned in 1927), and was made illegal and widely condemned in many other US states from the 1930s. This meant that by 1927, the production, sale and use of marijuana, as well as its exportation, were no longer allowed in Mexico. 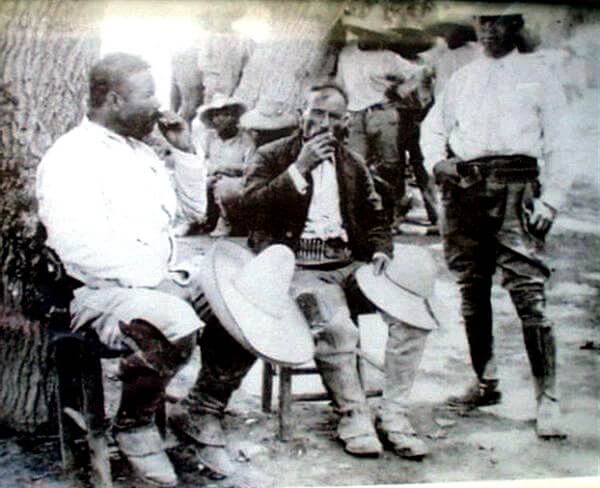 War on drugs and Mexico​

Despite the fact that cannabis was illegal both in the U.S.A. and Mexico since the 1930s, the truth is that increasing amounts of Mexican-grown marijuana were crossing the border in order to meet the (also rising) demand of North American users. During the 60s, American hippies enjoyed different strains coming from Mexico and usually named after the area where they had been grown, such as Sinaloa, Chiapas, Oaxaca, Morelos, Guerrero, Michoacán, or the legendary Acapulco Gold.

And it was during this decade that, first Lyndon B. Johnson and later Richard Nixon, tightened the control measures related to narcotics trafficking and sales, which resulted in the infamous “war on drugs” declared by Nixon in the early 70s. The United States had declared war on its greatest enemy, and it would not hesitate to invade a foreign territory to eradicate that evil; which happened at the end of the same decade when American planes sprayed strong herbicides on the Sierra Madre Occidental cannabis farms.

The consequences of these toughened anti-drug policies were the same we’ve seen in many other countries: the more repressive and rigid the laws, the more tempting – and dangerous – became the business for those involved. What happened next? What had been till then small-scale farmlands became huge areas controlled by different criminal gangs throughout the country (especially in Sinaloa, Chihuahua and Durango, known as the Golden Triangle), who did not hesitate to enforce their very undiplomatic methods in order to control the operations. 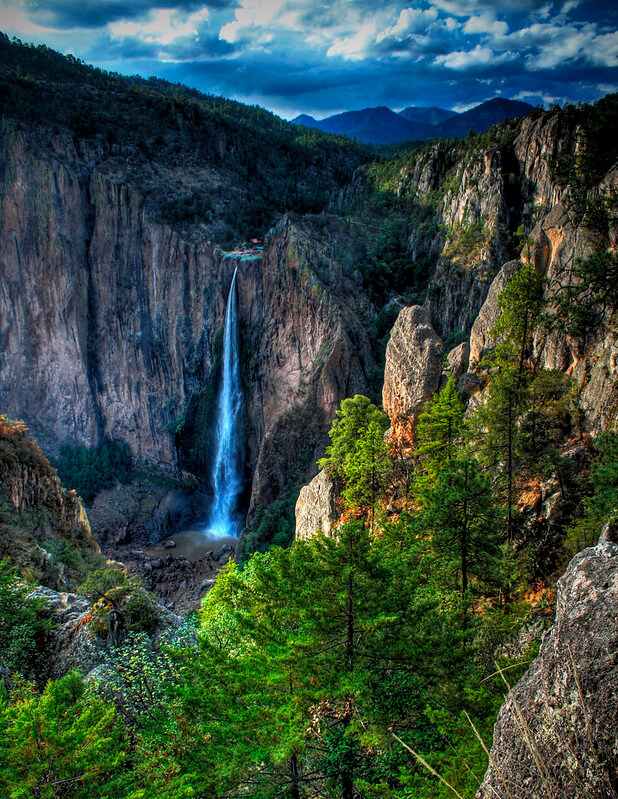 The Sierra Madre Occidental mountain-range system runs through almost the entire country from north to south, parallel to the Pacific coast (Photo: Flickr)

Change of rules: the Guadalajara Cartel is born​

All this takes us to the 80s, when, far from having managed to stopped the weed entering the U.S. from Mexico, Miguel Angel Felix Gallardo succeeded in uniting all the country’s marijuana gangs in what became known as the Guadalajara Cartel. This so-called “Jefe de Jefes” had achieved something unheard of by bringing together some of the most dangerous criminals in the country, and he was interested in nothing else but increasing the marijuana exports to North America and, by doing so, multiplying the profits.

Soon, the cartel became so powerful that it even began to act as an intermediary in Colombian cocaine trafficking into the US, something that only further fuelled the tension with the US government. Furthermore, in 1985 the cartel tortured to death the DEA agent Kiki Camarena, who was part of the team investigating the organization’s activities. All this placed Félix Gallardo and his cartel in the American government’s focus, and this series of events marked the decline of the criminal organization and gave way to a fierce battle between drug lords that still continues today.

Since then, there have been several cartels controlling different regions of the country and exchanging domination, some of them – like Sinaloa, Los Zetas, Golfo, or Jalisco Nueva Generación – during long periods of time. After the arrest in 2003 of Osiel Cárdenas, leader of the Golfo Cartel, the boss of the Sinaloa Cartel, Joaquín Archivaldo Guzmán Loera, also known as “El Chapo” Guzmán, became the most powerful drug lord in the country, a situation that would last until his capture and extradition to the United States in 2017. From then on, the quarrels and disputes among the different organizations have multiplied and intensified, becoming a priority problem for Mexico and its population. 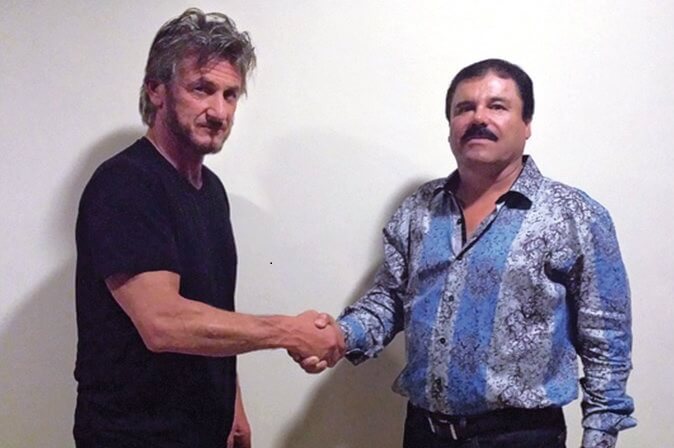 
The map of the different areas controlled by each cartel varies from year to year, and even from month to month, within a bloody war that doesn’t seem to end. In 2020, the organization with the most presence in the country was the Jalisco Nueva Generación Cartel (CJNG), led by Nemesio Oseguera Cervantes “El Mencho”; closely followed by both Sinaloa (also known as Pacífico) and Golfo cartels. In addition, and according to U.S. government reports, both CJNG and Sinaloa don’t limit themselves to the Mexican territory, but also engage in criminal activities in other countries.

Steps towards cannabis legalization in Mexico​

As we have seen, the cartels’ war situation has become unbearable, creating an obstacle for a country that really needs a solution and to put an end for good to the bloodbath. Fortunately, and especially during the last decade, the Mexican government has been moving towards regularization, first of medical cannabis and then recreational; not only to take some power away from these kingpins but also as an economic incentive for the country and in response to a growing demand for medicinal marijuana.

Mexico is not isolated from the rest of the world and has realized the positive results other countries have achieved thanks to cannabis legalization, could also be enjoyed by their nation. The financial, social and health benefits would be received, as the saying goes, like a breath of fresh air in a country worn out by the turbulent situation created by the cartels. We really hope that’s the case!

The post Mexico and marijuana appeared first on Alchimia blog.