Mike Tyson says he smoked marijuana before fight vs. Roy Jones Jr.: 'It's just who I am'

"Listen, I can’t stop smoking," he said. "I smoked during fights. I just have to smoke, I’m sorry. I’m a smoker. … I smoke everyday. I never stopped smoking."

Fighting in an exhibition rather than a professional fight apparently gave Tyson some wiggle room. The Voluntary Anti-Doping Association tested the fighters for performance-enhancing drugs prior to the bout, but marijuana reportedly was not on the list of banned substances.


Tyson said he stopped using cocaine about 2 1/2 years ago, but that turns out not to be the case for marijuana — even inside the ring.


"It’s just who I am,’’ he said. “It has no effect on me from a negative standpoint. It’s just what I do and how I am and how I’m going to die. There’s no explanation. There’s no beginning, there’s no end."


Did the marijuana help numb the pain Saturday night?


The bout proved entertaining, with Tyson looking fit and powerful and landing hard punches to Jones’ body. For his part, Jones flashed some of his old showmanship but also kept Tyson tied up for much of the fight as a means of survival.


Although Tyson said he didn’t know how much money the fight generated, but he assured his winnings won’t be spent the way they were in the past, when he squandered much of the $685 million that Forbes reported Tyson earned during his career.


"This is not who that is right now. That guy was just somebody that had to be, eventually he was a platform to become me."


What Tyson cares about now, he said, are his family, his pigeons, his clothes and, yes, his joints. They must be easy to come by considering in 2017 the former heavyweight champion founded Tyson Ranch, a cannabis company.


He said he cares deeply about something else, too — charity. Although Tyson has offered few specifics, he said he’s focused on helping people less fortunate than himself.


In the real world, Tyson said he plans on boxing again. Perhaps against Jones in a rematch. He also has expressed interest in fighting against the top heavyweights like Tyson Fury, Anthony Joshua or Deontay Wilder.


But there are other options.


“Maybe we do something in the south of France,’’ he said. “Monaco. In Saint-Tropez. We do something out there, one of the European fighters out there or something. Anything is possible. Sky is the limit.’’
” 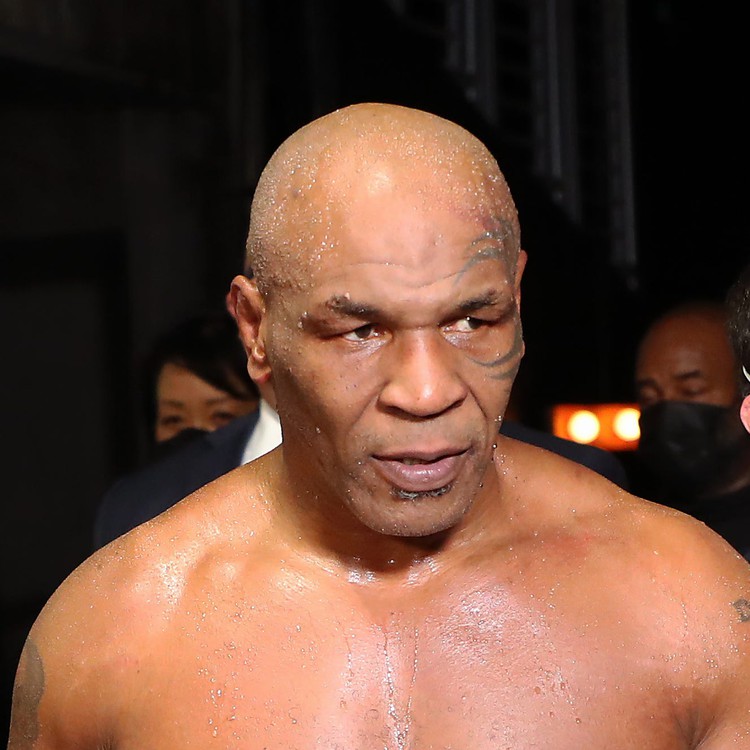 Mike Tyson says he smoked marijuana before fight vs. Roy Jones Jr.: 'It's just who I am' — USA TODAY

Mike Tyson said he smoked marijuana right before he fought Roy Jones Jr. Saturday night in his celebrated return to the boxing ring at the age of 54.


if my thread is in the wrong area , move it np ( couldn’t find a “news so figured I could post it here vs “general area ” )

wow! there are some amazing quotes in there by Mike.

I Love Mike Tyson...if only all humans could be as real and honest as him!