Mila: the life of the hash queen

The cannabis community is full of charismatic people, personalities that define an era as they keep the cannabis world spinning in the right direction. Today, we’d like to present one of the people who has done the most to teach and help lovers of cannabis, and more specifically, those who appreciate resin extractions like hashish.

We’re sure that many of you will have heard of Ice-O-Lator, a set of mesh bags for resin extraction using ice and water that, on many occasions, has lent its name to this kind of hash. So, we invite you to get to know more about its inventor, the queen of hash, one of the cannabis sector’s most positive people: Mila Jansen. 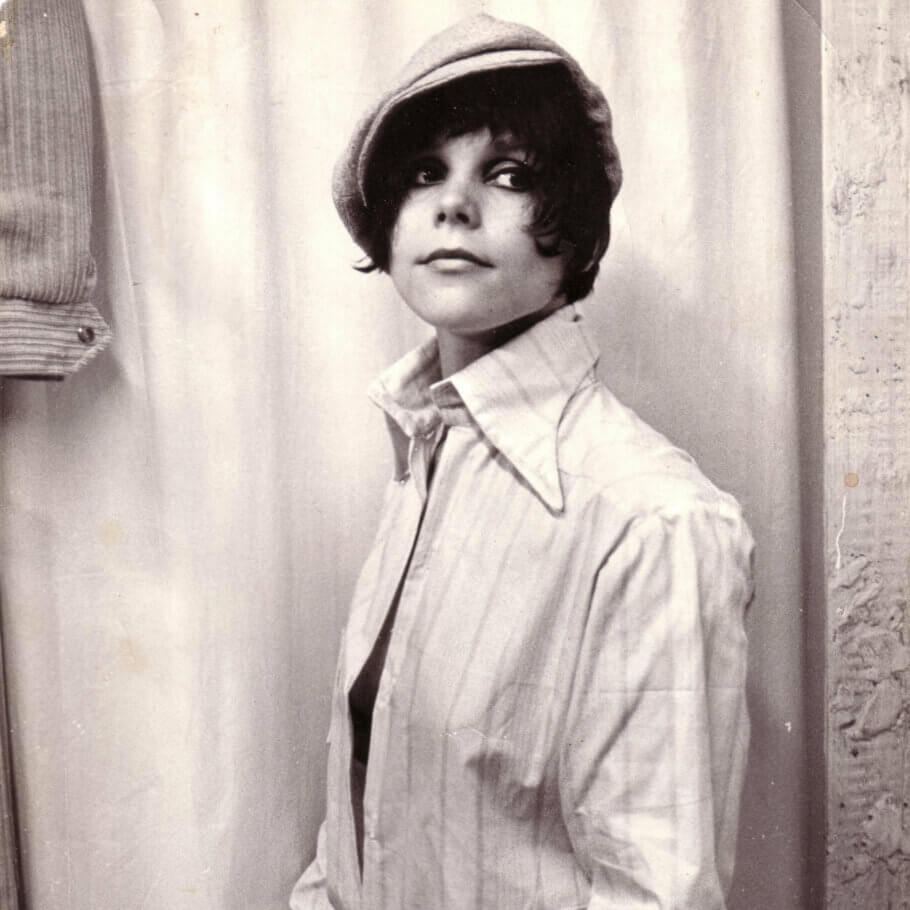 It was at the age of 20 years that the young Mila had her first contact with cannabis resin, thanks to her boyfriend, a medical student who was investigating the effects of this plant on the human body. Since then, Mila and cannabis have maintained a close relationship, and she still consumes it just as she did then. Mila consumes cannabis recreationally, but also therapeutically, both physical and mental, helping her in various ways over the course of her life

Born in Liverpool, England, but raised in Holland, the young Mila moved back to The Netherlands with her daughter and opened Amsterdam’s first miniskirt shop, called Kink22. The shop became a huge success and turned Mila into one of the faces of cutting-edge Dutch fashion, with famous clients such as Mary Quant (Creator of the miniskirt) or Tina Turner, as well as many other celebrities of the time.

This time was the peak of the hippie movement and Mila didn’t stay on the sidelines; like many of her generation, she rebelled against the established norms and found ways to experience happiness in her life… a fresh wind was blowing among the Dutch youth!

After the success of her mini skirt shop, Mila decided to open a tea room in the center of Amsterdam, Cleo de Merode. Some of her clients began to accompany their tea with cannabis, so that, despite never selling anything to her clients, her salon was soon considered to be the first coffee shop in the country. As with her clothing store, the tea room became a raging success, becoming a centre for music, art and fashion. However, this venture ended abruptly when the police closed the premises after complaints from neighbours about the behavior and noise generated by her activity. Mila was only 22 years old at this time, with a daughter of 3 whose custody was now threatened by social services.

Mila Jensen and her life in India​

If anything can be said about Mila Jensen, it’s that she has always lived intensely and courageously. After the closure of her business and the threats from social services regarding the custody of her daughter, at the age of 24, Mila decided to move to India with only 600 US dollars in her pocket. She ended up spending 14 years in the country. However, she did not venture on this trip alone but was accompanied by a group of people of different nationalities – hippies for the most part – with whom she visited places like Turkey, Pakistan and Iran. She finally establishes herself in Goa during the winters, spending the summers further north, in the regions closer to the Himalayas. 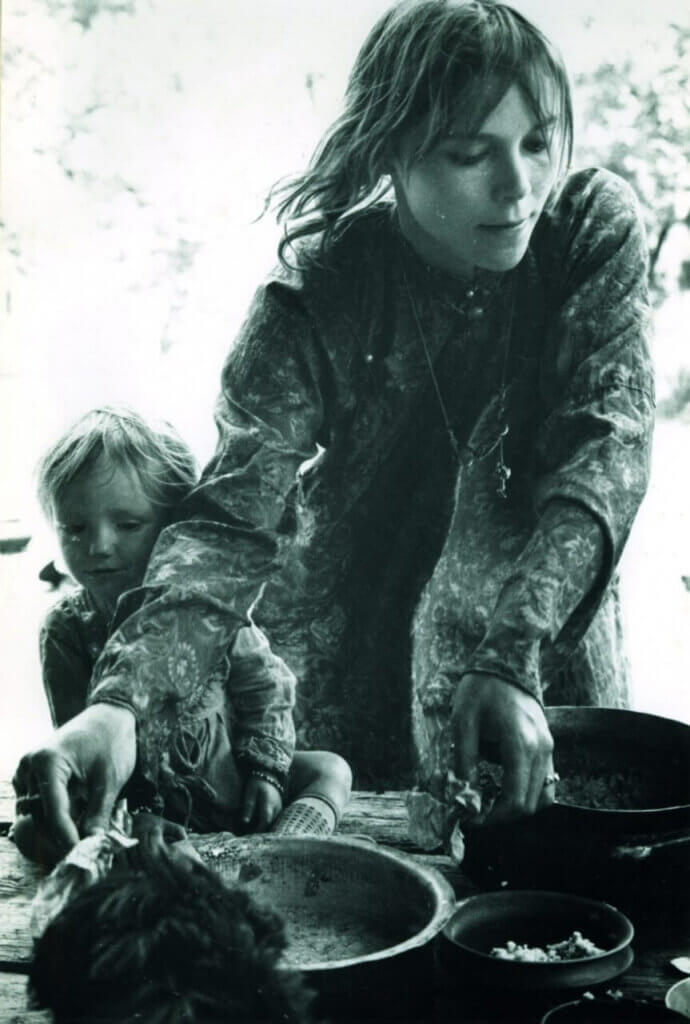 Mila with her daughter in India


During this time, Mila had another 3 children with 3 different fathers, raising them alone and without any type of material or economic assistance. Since then, caring for her children and giving them a good education were the main focus of her life; there’s no doubt, and she herself admits it, these were hard times during which her life seemed “too intense”.

It was also during this time that Mila came to realise that the Western lifestyle was, at least for her, a source of frustration and dissatisfaction. She taught herself to let go of material needs, allowing herself to be carried away by her trust in the future and finding beauty in life’s simplest things.

Although these were tough times and she barely had any money, Mila survived economically by sending hashish to Europe, for example. Also, and long before the concept of “Fairtrade“, Mila had already opened a cooperative with local women in India, making clothes that she would export to New York or to California.

Her experiences in India showed Mila that getting downhearted during hard times was useless and that her tears were often the result of complacency and weren’t going to change anything. Always look ahead wearing a smile!

After nearly 20 years living in India, Mila decided to return to Amsterdam, partly due to problems with her eyesight but also to ensure that her dyslexic son could receive the special education he needed. Today he works as a computer engineer. So, because she always put the education of her children before anything else, it was the moment to pack their bags and go back to the old country in Europe. 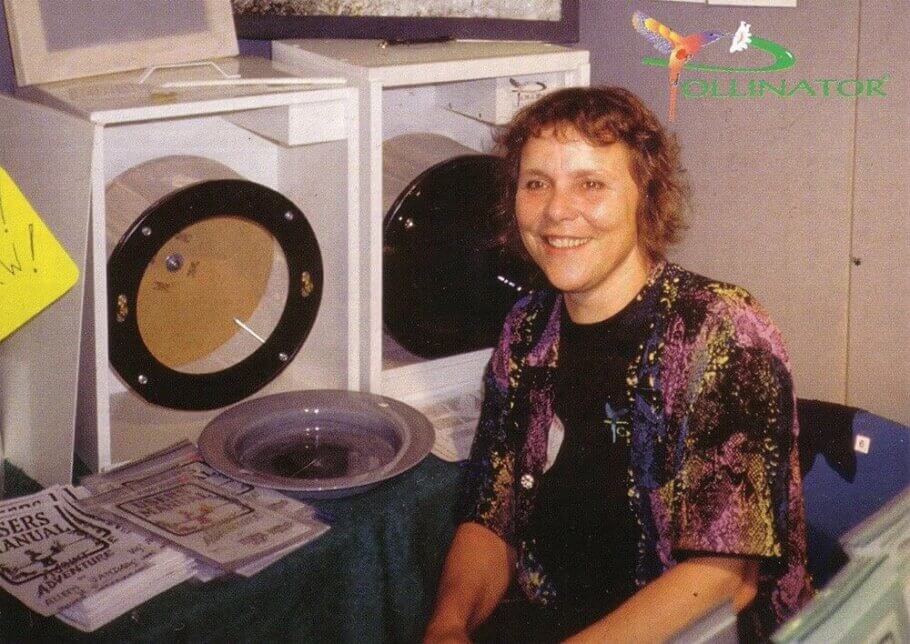 
Once back in Holland, and thanks to her Indian experiences, Mila enjoyed a few years of fullness, far from the shadow of depression. Buddhism taught her that we see life as we wish to see it, a marvelous realisation for her. During the early times back in Amsterdam, and in order to feed her family, Mila dedicated herself to legal cannabis cultivation for 5 years,

Just at this time, the cannabis scene was in full boom in Amsterdam, an effervescence that was consummated with the organization of the first cannabis cup held in 1988 by High Times. Of course, the various coffee shops needed more and more good material, so there was never a shortage of work, although the situation continued to be precarious and payments were irregular.

Mila was watching her washing machine work on her clothes one day when she came up with the idea for the now-famous Pollinator. In fact, when she was in Afghanistan, she had already learned how to make hashish for her own use, sifting the plants using a mesh screen. In this way, it occurred to her to adapt the mechanism of the washing machine with a drum and clothes, replacing them with a mesh and cannabis flowers. Thus, the first electrical device for making hashish was born!

Soon, and after spending around €2,300, Mila had the first prototype ready, followed by the first 3 Pollinator units ever made. Featured in the 1994 High Times by Robert Clarke, the new product met with excellent acceptance, significantly increasing the number of units produced. As you can see, one of the most veteran products of the cannabis sector, still in force today, arose from such a simple idea!

Today, her machine remains one of the best-selling products in the resin extraction category. After creating Pollinator, Mila took another step forward in 1998 with the Ice-O-Lator bag system to make hashish with water and ice, and in 2005 she launched her special machine for this type of extractions called Bubbleator.

As the years passed, Mila was still on the crest of the wave, an excellent ambassador of cannabis resin wherever she traveled. At the beginning of the last decade, she surprised everybody once again by organising Dab-A-Doo, a competition focussing on extractions and a new movement that was starting to take hold among cannabis consumers – dabbing.

Although Mila is a lover of more traditional consumption methods, such as the classic cannabis joint, she was astute enough to embrace this new way of consuming resins, as well as the different extraction techniques that have emerged in recent years.

Alchimia blog readers will certainly be familiar with Dab-A-Doo, as we’ve been lucky enough to participate in this prestigious event on several occasions. It is a cup for resin extractions made with and without solvents, with different categories such as hashish, BHO, Rosin… all produced by the best clubs and experts… unforgettable evenings that we hope to repeat very soon!

All that’s left is to thank you, Mila. Thank you for all the shared experience, for your creations that have changed the world of extractions, and above all for all the positive vibes that you share at every opportunity. 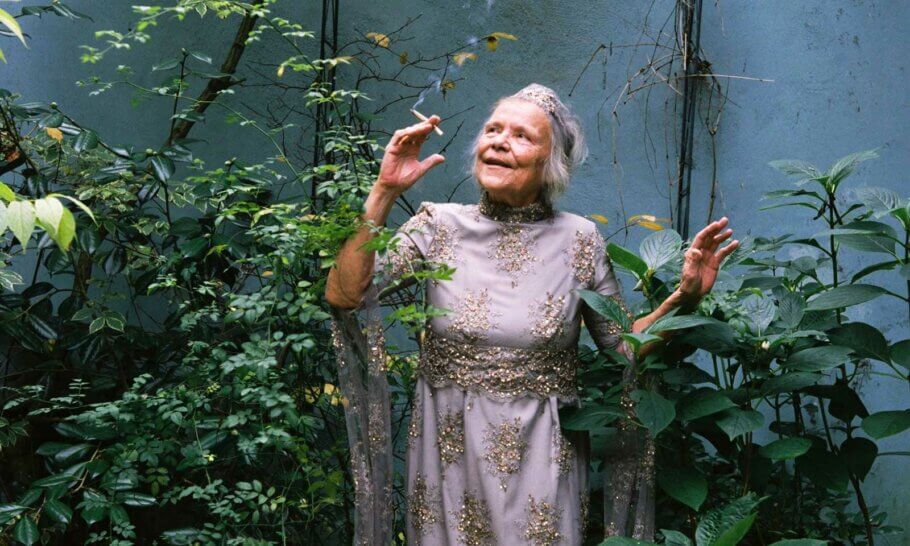 
Of course, this has only been a brief summary of the fascinating life led by this cannabis legend. If you would like to know more and immerse yourself fully in the exciting story of Mila Jansen, we can highly recommend her biography, “How I Became The Hash Queen”.


The post Mila: the life of the hash queen appeared first on Alchimia blog.

Holly Shiz !
Feed worth a read.

Pretty cool this popped up... Ive been looking at those Tumblers for dry sift all week. I stumbled upon the Original pollinator just this morning. Pretty cool to see where it started.
Last edited: Jun 20, 2021