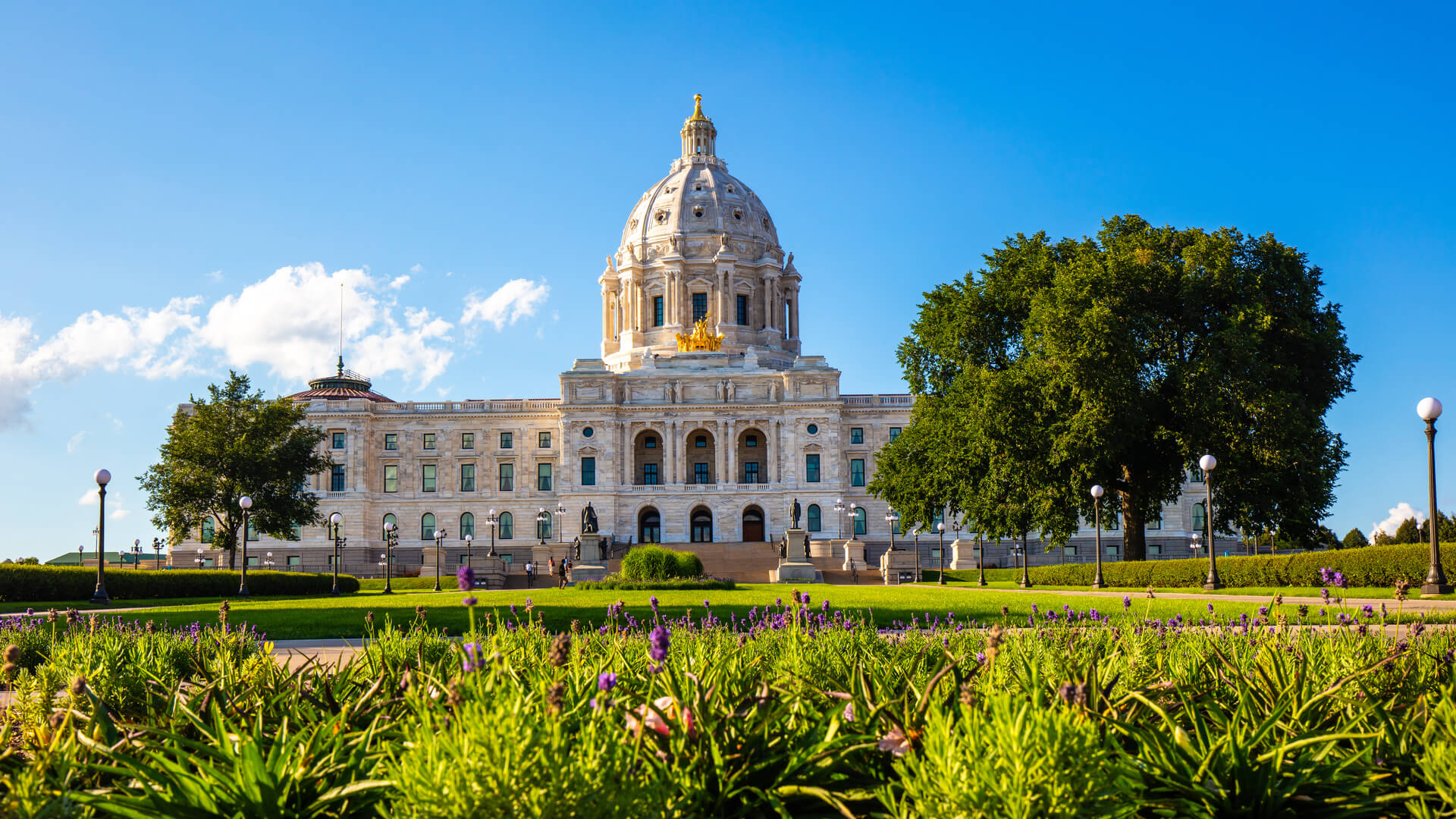 There’s good news and bad news for pot smokers in Minnesota. We’ll start with the good news: the state’s House of Representatives voted to legalize recreational cannabis for adults. House File 600 passed with a bipartisan 72-61 vote. That was after getting approval from twelve separate legislative committees.

The bill would allow anyone 21 and older in Minnesota to legally possess up to 2 ounces of cannabis in public. It would also allow people to have 10 pounds of marijuana and up to 8 plants (only 4 of which at a time can be mature) in their private residence.

Minnesota Governor Tim Walz has been pushing for marijuana legalization recently, saying it could boost the economy and lead to racial justice. He brought it up during his budget proposal speech in January, but has been a vocal proponent of it for years.

“I would still like legislators to take a look at recreational cannabis, not just (because of) the revenue sources that are there that dwarf sports betting, but because of the equity issues and, to be quite honest, the racial impact of our cannabis laws,” said Governor Walz in his budget address.

The bill does, in fact, have plans for racial justice. It establishes procedures for people’s records to be expunged if they were convicted of marijuana-related offenses that would no longer be considered crimes. It also has a plan for social equity in applications to be involved in the cannabis business. An Office of Social Equity would promote “development, stability, and safety in communities that experienced a disproportionate, negative impact from cannabis prohibition.”

“At a minimum, the office shall:

(2) act as an ombudsperson for the board to provide information, investigate complaints arising from this chapter, and provide or facilitate dispute resolutions; and

(3) report to the board on the status of grants, complaints, and social equity in the cannabis industry.”

That Office of Social Equity would be a branch of the Cannabis Management Board. The Board would oversee regulation and taxation, as well as absorbing the state’s existing medical cannabis program. The regulation oversight would include testing of the product and establishing labor standards for employees in that field. Excess tax revenue from adult-use cannabis would be directed into a tax relief account. Other tax revenue would go to grant and loan programs.

“The failed criminalization of cannabis has resulted in a legacy of racial injustice that can no longer go unaddressed,” said Winkler. “Adults deserve the freedom to decide whether to use cannabis, and our state government should play an important role in addressing legitimate concerns around youth access, public health, and road safety. Veterans and Minnesotans with serious illnesses like PTSD deserve better access to our medical program, which is not working well for most people. It’s time to legalize, expunge, and regulate

Now, the bad news for anyone supporting the measure: it is not likely to pass in the Senate. Minnesota’s House of Representatives is controlled by Democrats this year; its Upper House is run by the GOP. Even the win in the house came after more than five hours of debate and only got the approval of six Republicans.

That may be a big disappointment for the 51% of registered voters in Minnesota who believe recreational cannabis should be legal. That number is a combined average from 59% of Democrats who support its legalization, 50% of Independent voters and other parties, and 42% of Republican voters. A poll last year found 37% of Minnesotans overall still oppose its legalization, and the final 12% said they were unsure.

Those numbers skew much more in support than even just a few years prior. A 2014 poll by the same group showed only 30% of Minnesotans supported legalization.

Some Minnesota psychiatrists are pushing for the product to be legalized for recreational use, but for the permissible age of use to be moved up to 25, rather than 21. They’re fearful that the brain is still developing at the age of 21, and could be harmed by use of marijuana, although recent studies show THC does not have long-term negative effects on the brain.

Rep. Winkler is opposed to the bill being adjusted to include only people over 25, arguing that tobacco and alcohol are available at age 21 and are far more risky to people’s health than cannabis.

There is also some news for the medical cannabis market: the state legislature is now allowing people with medical marijuana cards to purchase marijuana flower, also called bud. Right now, there are only two companies licensed to distribute medical marijuana in the Land of 10,000 Lakes, and each of them is only permitted to sell cannabis in liquid or pill form. The production of those varieties is comparatively quite expensive, and as a result, Minnesota’s medical marijuana program ranks as one of the costliest of any area in the United States.

Currently in Minnesota, cannabis is legal for medical use, but remains largely illegal for recreational purposes. The simple possession of up to 1.5 ounces (42.5 grams) of cannabis is decriminalized; you cannot be incarcerated for that crime, but you can be fined up to $200 and have a misdemeanor stamped on your record. You might also have to do a drug education course. There is, however, a conditional discharge available for the first time you’re caught.

Above that decriminalized amount though, you can find yourself in a world of hurt. Possession of between 42.5 grams and 10 kilograms is a felony, punishable by 5 years in prison and a $10,000 fine. Between 10 and 50 kilograms means 20 years in a jail and a quarter million dollar fine. That jumps up to 25 years and half a million bucks for 100 kilograms. If you’re caught with over 100 kilograms of marijuana, you could spend as much as three decades in jail and face a million-dollar penalty.

Sale, of course, it’s another ballgame. If you’re paid for selling the product, it’s an automatic felony. Selling to a minor and within a school zone is punished sternly. The only exception to those rules is if you are caught with less than 1.5 ounces and were not ever paid for the product – even if officers believe you had intent to sell. That’s a misdemeanor that comes with a $200 fine but no jail time.

You can’t keep the stuff in your car in Minnesota. If you’re caught with more than 1.4 grams in any part of your vehicle other than the trunk, you can go to jail for three months and be fined $1,000. Possession or sale of paraphernalia comes with extra fines.