Myrcene is one of the main terpenes found in the cannabis plant, often the most common, and certainly one of the most researched. As we already saw in our article on cannabis terpenes, these non-psychoactive organic compounds give the plants their characteristic aroma and flavour, and have different properties with a huge therapeutic potential. Terpenes – sometimes known as isoprenoids – are molecules derived from isoprene, so they are considered as hydrocarbons. They can contain 10 carbon atoms (like the compound we are discussing here – and then we’ll be talking about monoterpenes), or 15 carbon atoms, which are the so-called sesquiterpenes.


We know that both cannabinoids and terpenes are secreted by the trichomes’ glandular heads, where they’re stored. But cannabis is not the only species that produces this terpene; other plants rich in myrcene include thyme, parsley, laurel, mango and hops. It’s widely used in the perfume and fragrance industry, but it also has different medicinal properties that are being studied with increasing focus by the scientific community. α-Myrcene, in turn, is an isomer not found in nature.

Plants produce myrcene due to the action of certain synthases on geranyl pyrophosphate, which you already know thanks to our article on cannabigerol (CBG), formed by the combination of dimethylallyl pyrophosphate and isopentenyl pyrophosphate. Its name derives from Myrcia sphaerocarpa, a shrub native to Brazil that produces large amounts of myrcene and has been used as a medicinal plant for centuries.

In many cases, myrcene is synthetically produced by the pyrolysis of β-pinene (heating it at 400ºC without oxygen), which in turn is easily extracted from turpentine. As a monoterpene, myrcene also acts as a precursor in the formation of other terpenes. Among others (as you saw in our article on hashishene), myrcene degradation in hashish would be the cause of the formation of a terpene christened as hashishene (5,5-dimethyl-1-vinylbicyclo[2.1.1]hexane) by the discoverers of this phenomenon, and present in most hashish samples.

Synthesis of menthol from myrcene

Taste and aroma of myrcene​

Myrcene flavour and aroma is very prevalent in many cannabis strains; after all, it’s likely the most common terpene in the plant. It’s often described as earthy and musky, with spicy and even citric notes reminiscent of tropical fruits. Sometimes, its aroma gets compared to that of clove. 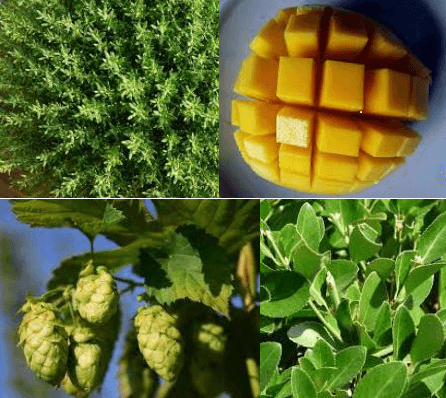 Properties and effects of myrcene​

Myrcene has several beneficial properties for the body that have been proven in different studies. Some of its best-known effects are:


In addition to these properties, myrcene is also known for being one of the compounds that synergize with cannabinoids such as THC and CBD, making them more effective. It has also been shown that myrcene modifies the permeability of cell membranes, so other compounds can be more easily absorbed by the body’s cannabinoid receptors. This is a great advantage for both recreational and medical users, as higher myrcene content will provide a better use for the main cannabinoids. 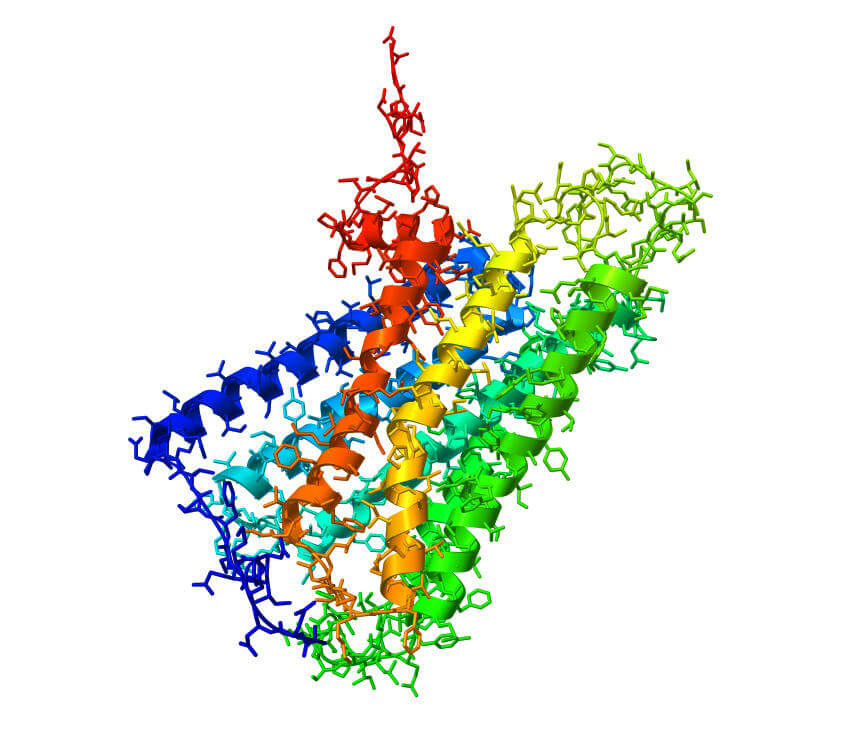 
As an example, myrcene enhances THC properties reducing pain and relaxing the muscles, and it also provides a higher anti-inflammatory and analgesic effect from CBD. A study conducted by Steep Hill Labs (California) directly links myrcene content to the type of psychoactive effects provided by each plant; according to its conclusions, myrcene contents higher than 0,5% would cause the typical effect associated with Indica strains, while a lower content would result in a more stimulating effect, typical of Sativas.

If you can’t get a strain rich in myrcene or simply want to enhance the effects of this cannabinoid, you can eat a mango – or other foods rich in myrcene – about 45 minutes prior to marijuana use. Eating mango enhances THC and CBD’s effects due to its high myrcene content, which improves the absorption of these cannabinoids by the receptors CB1 and CB2.

Although not every seed bank offers information on the terpene profile of their strains, more and more breeders are doing it, as they know that many users – especially medicinal – seek specific effects in their plants. 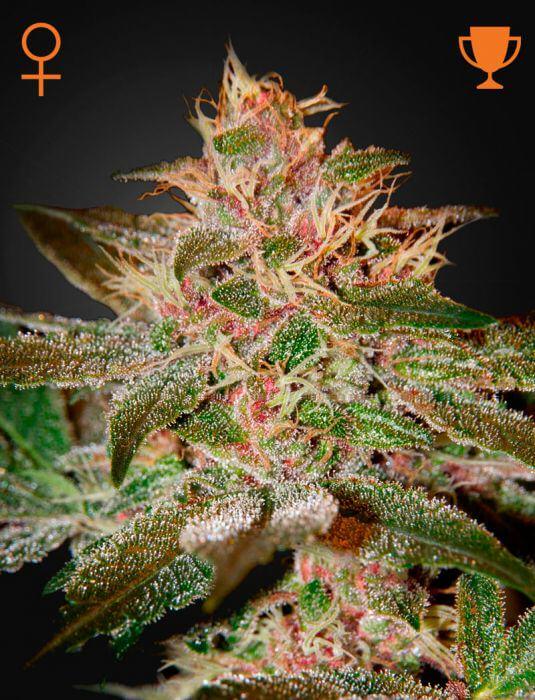 
Strains such as Pure Kush and White Widow from Green House Seeds are rich in myrcene, as well as Royal Queen Seeds’ Skunk XL and Special Kush. In the near future, we will certainly have more information available, from seed banks and breeders, about the terpenes contained in their weed, so the users in need of certain compounds will be able to get them much more easily.

We hope this article helps you to better understand the properties and characteristics of this interesting terpene.

Research and publications on myrcene consulted for this article: