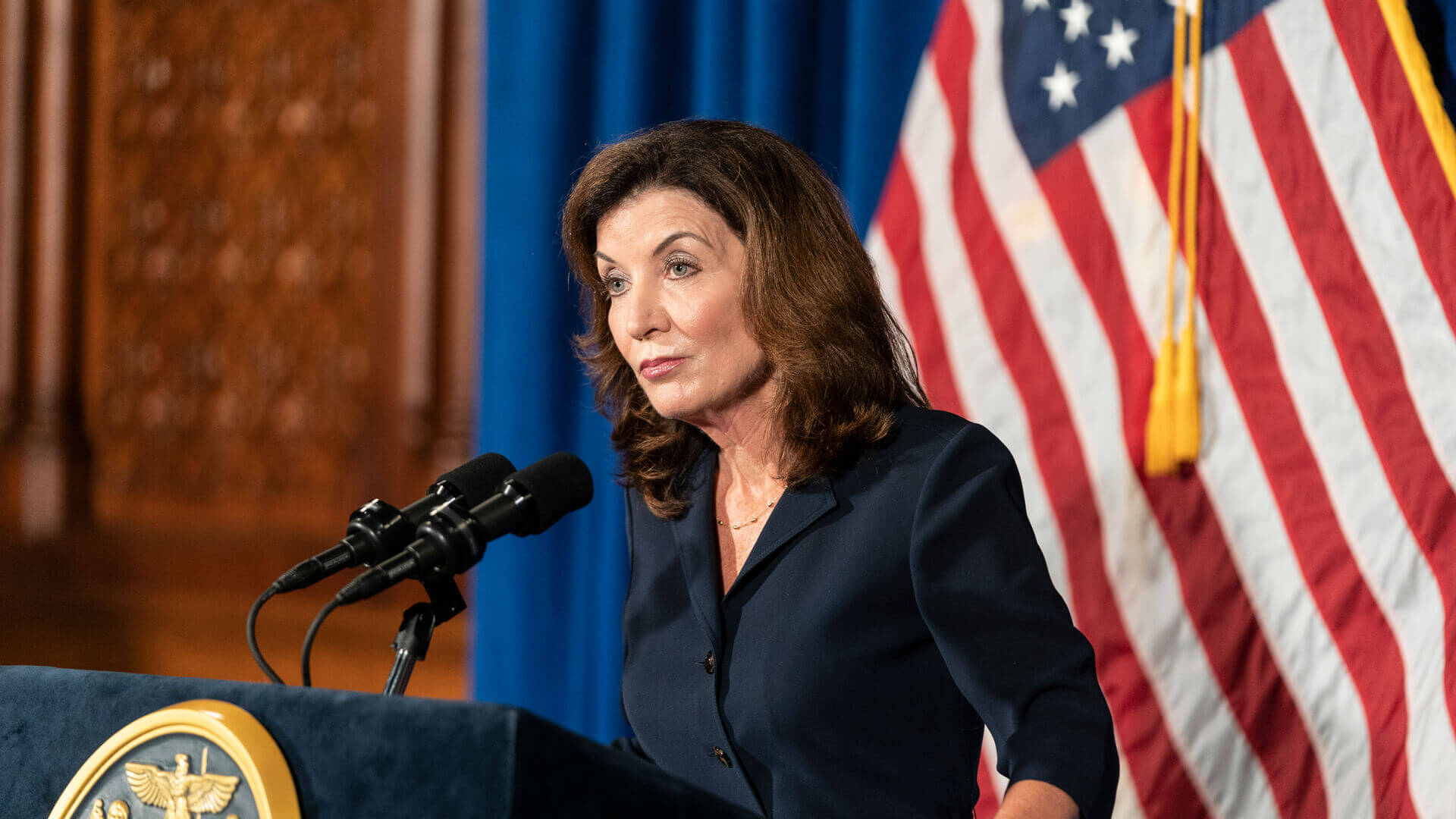 Governor Kathy Hochul, a Democrat, has replaced Andrew Cuomo as the Governor of New York. She’s the first woman to ever hold the spot in that state, and she’s coming in with a bang, promising big changes. One of them, which Governor Hochul vows is a top priority, is making sure people have access to adult-use recreational marijuana as soon as possible.

When Hochul served as Lieutenant Governor, before she advanced to the Governorship, regulation of marijuana sales was Cuomo’s responsibility. Now, it’s under her purview.

“The Cannabis Control Board and Office of Cannabis Management will create and implement a comprehensive regulatory framework for New York’s cannabis industry, including the production, licensing, packaging, marketing and sale of cannabis products,” the Governor’s Office explained in a news release.

What’s the Hold Up?​

Right now, adults 21 and older in New York can have up to three ounces of cannabis or 24 grams of cannabis concentrate. That’s thanks to legislation passed in March that made New York the 15th state in America to allow recreational marijuana. When Governor Cuomo passed that law, he said he didn’t expect dispensaries to open for over a year.

Smoking pot in the Big Apple is legal anywhere that you’re allowed to smoke tobacco, other than a car. The problem is, there aren’t any stores open to sell marijuana yet.

To do that, the Cannabis Control Board and Office of Cannabis Management have to get up and running to establish regulations and grant licenses. Governor Hochul says appointing members of the Board and choosing a new executive director of Cannabis Management are on the top of her to-do list. She also says those choices have to be representative of communities from across the state, not just individuals who fit a specific mold.

Once those people are chosen, they go through a confirmation process in the Senate. That’s where the former governor found himself caught up, unable to move forward with appointments, which are necessary in order to move forward with every step of legal marijuana, from cultivation to sales.

Governor Hochul chose Tremaine Wright as Chair of the state’s Cannabis Control Board. New York’s Senate has already confirmed that appointment. Right now, Wright is the Director of the DFS Statewide Office of Financial Inclusion and Empowerment – the first to hold that title. She also served as an Assemblymember for New York’s 56th District of Brooklyn. Wright has focused her career on empowering and creating opportunities for her community, the Governor’s Office says, which she will be able to continue in her new position. New York’s marijuana legalization laws place an emphasis on making sure to better communities that have been damaged by the War on Drugs.

Christopher Alexander has been chosen Executive Director of the Office of Cannabis Management, and has been confirmed by the Senate as well. In the past, Alexander has worked for the New York State Democratic Party and was a Policy Coordinator for the Drug Policy Alliance. He also served as Counsel for the New York State Senate, where he oversaw the state’s criminal justice system.

“One of my top priorities is to finally get New York’s cannabis industry up and running – this has been long overdue, but we’re going to make up for lost time with the Senate confirmation of Tremaine Wright as Chair of the Cannabis Control Board and Christopher Alexander as Executive Director of the Office of Cannabis Management,” said Governor Hochul. “These two individuals bring a wealth of knowledge and experience to their new roles, and I know they will do a tremendous job of outlining and implementing regulations that are safe, fair and transparent, and that recognize the need to remedy the impact that prohibition has had on communities of color. I look forward to working with them on building our state’s cannabis industry and effecting real change for New Yorkers.”

New York officials think marijuana sales could add $350 million in tax revenue to the government’s Cannabis Revenue Fund each year. That comes from a 13% excise tax on sales, divided into 9% for the state and 4% for local governments. There’s also a wholesale tax based on potency, though it’s smaller – one cent per milligram for edibles, 0.15 cents on cannabis concentrate, and 0.5 cents per milligram on marijuana flower.

Over time, experts think the cannabis industry could grow to a $4.2 billion profit-maker and create as many as 60,000 new jobs in the state. After the program itself is paid for, the remaining money will be divided thusly:

Who is Governor Hochul?​

Kathy Hochul is New York’s 57th Governor. She served as Liutenant Governor for six years before taking on her new title, during which she was the co-chair of New York’s Heroin and Opioid Task Force. That group listened to experts and members of the community in an effort to learn more about the opioid crisis so they could formulate a strategy to beat it.

Before that, Hochul was a U.S. House Representative for New York’s 26th Congressional District from 2011 to 2013. The Governor’s website says her focus at that time was on job creation. She seems to still care deeply about that, since one of her main motivators for wanting the cannabis industry up and running is that she believes it will be a great job creator for the state.

Hochul was the County Clerk for Erie County from 2007 to 2011. The year before she started that, she and her mother and aunt established a transitional home for domestic violence victims called Kathleen Mary House. She also worked for 14 years as a Board member in Hamburg. She got her undergraduate degree from Syracuse University and her law degree from Catholic University in Washington, D.C.