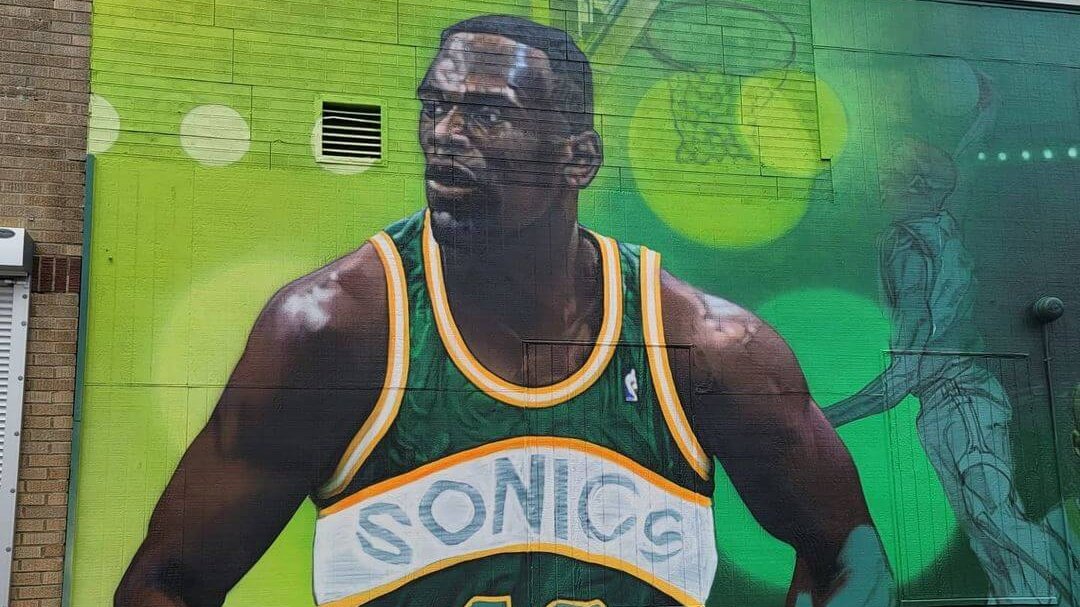 It’s been a while since legal dispensaries have been seen as controversial, but one in Seattle is causing quite the stir. The trouble arises from a statement made by Shawn Kemp’s Cannabis, a new dispensary that just opened October 30th, which falsely labeled itself the first Black-owned dispensary in the area.

On October 21st, the six-time All-Star’s new company issued a press release about its opening the next week, announcing a ceremony where Hall-of-Famer Gary Payton would cut a ribbon before the first customers were allowed in.

“My name is on this company and I have worked hard to bring Shawn Kemp’s Cannabis to fruition,” said Kemp in a statement included in the release. “I want to provide nothing short of the best selection, customer experience and prices in Seattle. I have incredible partners in Matt Schoenlein and Ramsey Hamide to make sure we deliver on that promise to our customers, who are our top priority.”

The two men mentioned in that statement are the co-founders of Main Street Marijuana, which is the largest cannabis retailer in Washington State. Between the three shops all owned by that brand, the company has sold $150 million of cannabis since 2014. In Washington, that amounts to $55 million in excise taxes going back to the community. Kemp made no mention of John Davis, the Chief Executive Officer of Northwest Patient Resource Center, who holds the company’s licenses.

Here’s where things got sticky: The headline of the release labels Shawn Kemp’s Cannabis as Seattle’s first black-owned dispensary, and states that Kemp looks forward to, “Being a role model for future license recipients through the state’s upcoming social equity program.” That program was enacted earlier in the year.

“I hope that Shawn Kemp’s Cannabis will be an inspiration for people to get involved with the legal cannabis industry, especially people of color,” said Kemp.

The emphasis on the dispensary as the “first Black-owned” one in the area didn’t go over well. The problem is, Kemp only actually owns 10% of the business; he’s a co-owner. That dispensary is also not the only dispensary in Seattle that’s partially black-owned. Though there are 400 recreational cannabis retailers licensed in Washington and 50 in Seattle, there remain to be any that are entirely Black-owned. Though Kemp is the face of the brand, the store displays his name, and his dispensary is technically the only one in Seattle represented by a Black person, the headline of the release remains categorically untrue.

Shortly after, the team put out another press release and rushed to make spokespeople available for interview the day ahead of the official opening.

“We understand that there is a large amount of ongoing pain in the community and particularly in the black community right here in the heart of Seattle and across the nation. We regret the unfortunate wording and misstep of that press release, which has caused further misunderstanding in the local community. We envisioned a store that the city and people of color in the community could be proud of by leveraging and future planning with a hometown hero, Shawn Kemp.”

The release also touched on Kemp’s relationship with Main Street Marijuana and its plans to expand in the coming years.

“Main Street Marijuana has worked intimately with Mr. Kemp. They have invested in creating a store that can serve as a social equity incubator, to train people of color and women to become successful cannabis store owners. We envision a diverse industry.”

Social Equity in the Cannabis Industry​

Regardless of the correction (which some may view as a retraction), the front page of the website for Shawn Kemp’s Cannabis still calls the shop the “first Black-owned dispensary in Seattle.”

“Kemp is excited about this and says that he hopes that this will be an inspiration for people to get involved with the legal cannabis industry, especially people of color. He will be at the store often so stop by and get a chance to meet him!” the website says.

“…Marijuana prohibition enforcement has created disproportionate 10 impacts, with the greatest harm falling upon communities of color,” the Bill states. It goes on to site statistics showing people of color are incarcerated in massively disproportionate rates compared to white people. Black people are arrested for cannabis use four times more than white people, and Latino and Native American people in Washington were 1.6 times more likely to go to jail for marijuana possession than white people, the Bill says.

The bill then goes on to explain the challenges in creating a regulatory structure for cannabis sales in Washington.

“..Social equity with respect to 15 marijuana requires not merely the elimination of legal prohibitions, 16 but also economic opportunities particularly for residents who come 17 from communities disproportionately impacted by historical marijuana 18 prohibition. The legislature intends that the marijuana industry be 19 reflective of the diverse population of the state and that it 20 provides economic opportunities for all communities while addressing 21 disproportionate impacts from prohibition.”

Kemp says he wants to be involved with the effort to increase diversity in the cannabis industry, and hopes his dispensary will be a model of that.

When Can You Visit Shawn Kemp’s Cannabis?​

The dispensary is open every day from 8:00 in the morning until 11:45 at night. During that time, coronavirus precautions such as mask requirements and social distancing are enforced. The store has express-order kiosks, online pre-ordering and curbside pickup. By 2022, the camp hopes to have five separate dispensaries.

Who is Shawn Kemp?​

Shawn Kemp, originally from Elkhart, Indiana, is known for his time as a Center and Power Forward for the Seattle SuperSonics. The team picked him up in the first round in 1989 after he’d performed well at Trinity Valley Community College, and from the SuperSonics, he went to Cleveland, then Portland, then retired after one season with the Magic in 2003.

His time in the NBA was riddled by addiction struggles and interrupted by stints in rehab. Just a couple years out of the NBA, Kemp was arrested several times for marijuana possession. Now, the very plant that put him in jail will be a new part of his legacy.

The 6’10”, 230-pound behemoth known as “Reign Man” hoped to reign over the cannabis industry, but instead landed himself in some trouble just ahead of his 51st birthday.