South Dakota’s Weed Laws: When Will Marijuana Be Legal? 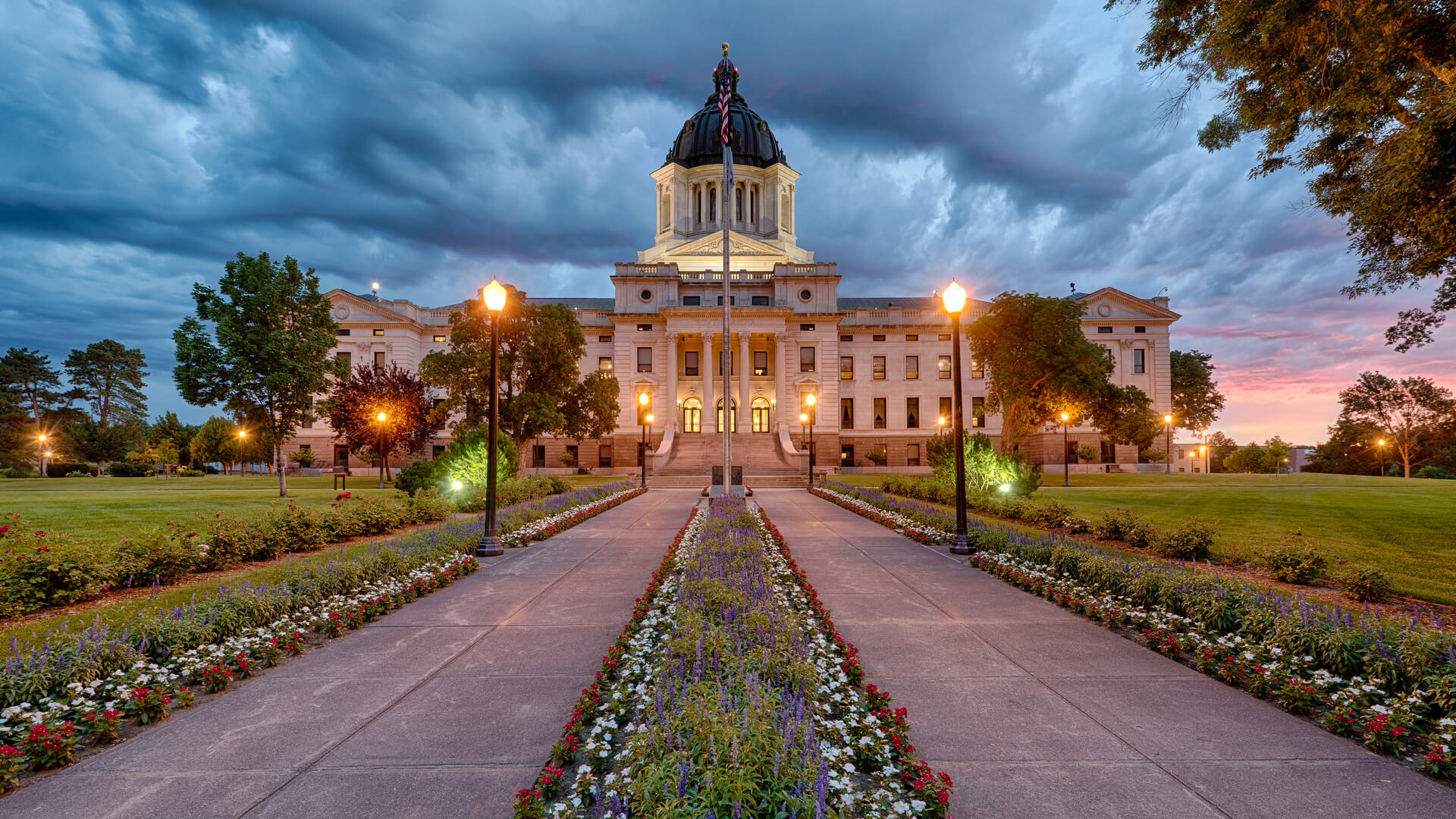 In an email to the Argus Leader, Gov. Noem said that she was “personally opposed to these measures and firmly believes they’re the wrong choice for South Dakota’s communities.”

“We need to be finding ways to strengthen our families, and I think we’re taking a step backward in that effort,” Noem said.

Despite Gov. Noem’s opposition to legal cannabis and South Dakota’s historically conservative political leanings, 54.18% of South Dakota constituents voted yes on Constitutional Amendment A, authorizing the possession and distribution of up to one ounce of cannabis. Medical marijuana received even more support with 69.92% of voters approving Initiated Measure 26.

As in Montana, South Dakota voters approved adult-use cannabis through an initiated constitutional amendment, creating a legal pathway for the following cannabis-related activities:

When will weed be recreationally legal?​

The constitutional amendment allowing adults aged 21 and over to legally possess cannabis goes into effect on July 1, 2021, but industry rules must be implemented by April 1, 2022.

The South Dakota Department of Revenue is tasked with establishing recreational marijuana licensing regulations. These rules must be developed by April 1, 2022. The amendment mandates that cannabis sales be taxed at 15%, and that 50% of the revenue in excess of the cost of implementing cannabis regulations be used to fund public schools while the other 50% be placed in the state’s general fund. The amendment also allows local governments the right to ban cannabis establishments from setting up shop within their jurisdictions.

Because adult cannabis use has been legalized through a constitutional amendment, it has stronger protections than it would if it were a statute. Still, the amendment requires certain statutory changes in order to be properly implemented.

A chronic or debilitating disease or medical condition or its treatment that produces one or more of the following:

When will medical marijuana be legal in South Dakota?​

South Dakota’s medical marijuana program will limit patients to possessing a maximum of three ounces of cannabis. Patients must register with the state to grow their own cannabis. If they do so, they must grow at least three cannabis plants, but their maximum plant number will be prescribed by their doctor.

The South Dakota Department of Health is responsible for developing regulations. The deadline to implement medical marijuana regulations is October 29, 2021.

Possession of any amount of cannabis in South Dakota is illegal and can cost you up to a year of jail time and $2000 in fines. Possession of half a pound to a full pound of cannabis is considered a class 5 felony, a conviction punishable by up to five years in prison and a fine of up to $10,000.

South Dakota has a zero-tolerance law that classifies driving after consuming marijuana as a Class 2 misdemeanor for any person under the age of 21 “as long as physical evidence of the consumption remains present in the person’s body.”

That means that an 18-year-old medical marijuana patient could be driving sober, get pulled over, be required to take a drug test, and receive up to 30 days imprisonment and up to $500 in fines for the THC metabolites present in their urine or hair. Unlike alcohol, THC can be detectable in cannabis consumers weeks to months after the last time they consumed.

South Dakota is the only state in the country with a “possession by ingestion” law that makes it a crime to test positive for a scheduled substance, including cannabis. That means you could travel from South Dakota to Colorado, have a legal and jolly-good-old time, come back home, take a drug test, and be arrested for cannabis possession if you screen positive for THC.

In order for the constitutional amendment authorizing cannabis possession to be functional, this type of prohibitive legislation must be amended. However, statutes need to be signed off by the anti-cannabis Gov. Noem, so it’s possible that the adult-use cannabis industry will see delays in implementation if she vetoes legislation protecting recreational cannabis use.

South Dakota has had some of the most restrictive cannabis laws on the books. Despite multiple attempts to legalize medical marijuana, it wasn’t until the past three years that South Dakota voters and lawmakers began to truly shift away from prohibition.

1931 – South Dakota joins the rest of the country in the early 1930s and bans cannabis.

2006 – Initiated Measure 4, a ballot provision that would have legalized medical marijuana, is voted down by over 52% of South Dakota constituents.

2010 – Over 63% of South Dakota voters reject Initiated Measure 13, a provision that would have authorized the medical use of marijuana.

2017 – “Cannabidiol” is added to the state’s schedule of controlled substances and removed from the state’s definition of “marijuana.”

2019 – “Epidiolex,” a prescription form of cannabidiol, is added to the state’s schedule of controlled substances, but “cannabidiol” is removed. Cannabidiol is not added back to the definition of marijuana, however, creating confusion about the cannabinoid’s legality.

The post South Dakota’s Weed Laws: When Will Marijuana Be Legal? appeared first on Wikileaf.