Study: Psychedelics and Music Together Could Treat Addiction 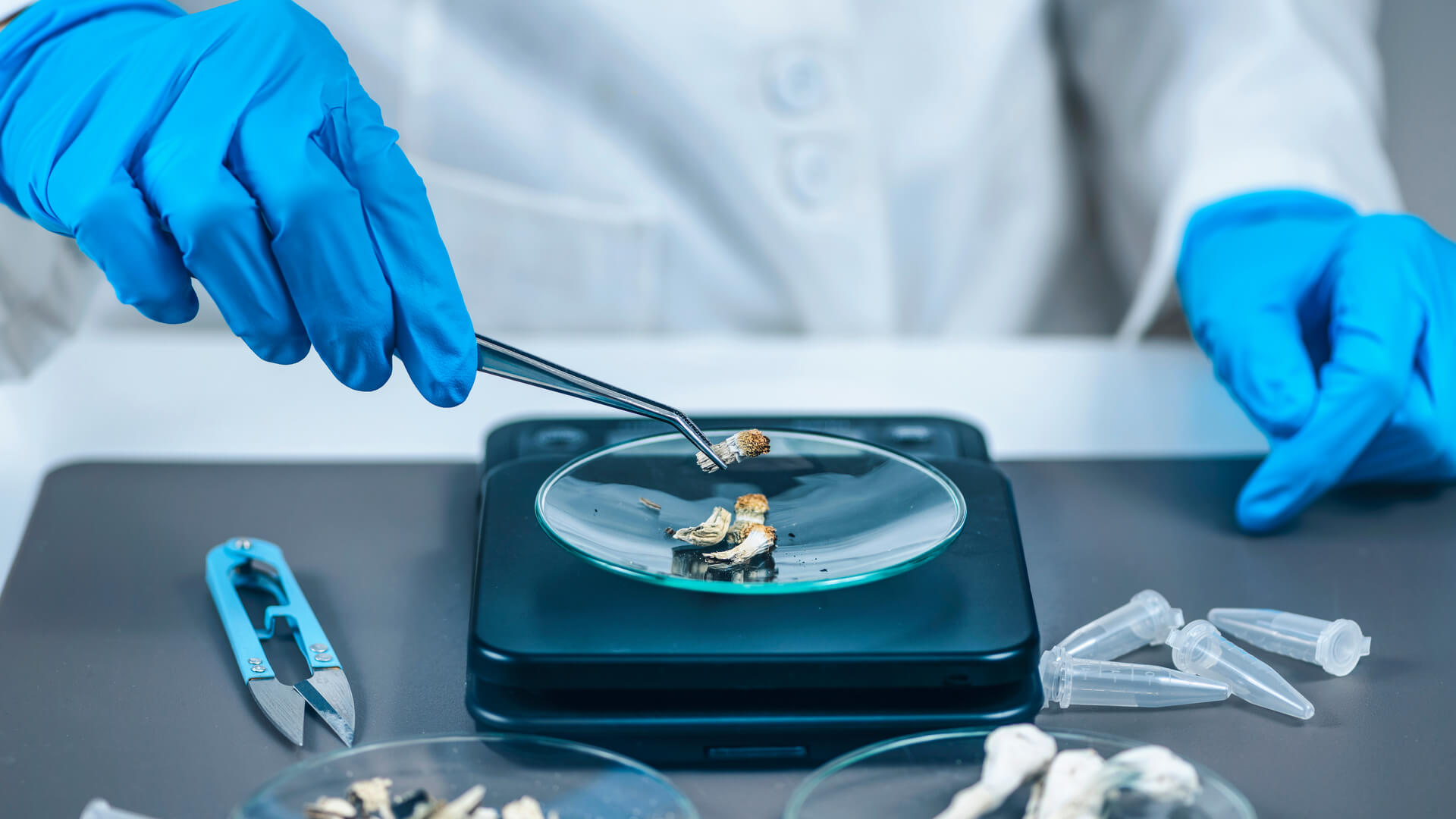 Psychedelic therapy has been gaining not only popularity but acceptance in the medical community in recent years. New evidence suggests even a single-dose treatment of psilocybin, the active ingredient in magic mushrooms, can have “immediate, substantial, and sustained improvements” in a number of different illnesses of both the mind and body.

Research on psychedelic pharmacological compounds in the 1950s, but they were put to an abrupt halt in the 1970s. After that unplanned hiatus, Johns Hopkins became the first US research group to get regulatory approval to start looking into psychedelics again. In 2018, the United States’ oldest research university, launched the Johns Hopkins Center for Psychedelic and Consciousness Research.

Combatting addiction with psilocybin and music​

This particular study looked into the treatment of smoking addiction, with the goal that by the end of the study, patients will have adopted abstinence to nicotine. In the end, not only did the majority of patients trying to quit cigarettes prefer the overtone-based playlist; they also saw better overall outcomes of the psilocybin treatment and said they had a more mystical experience with the non-classical option.

“The lack of superiority of the Western classical playlist is even more interesting considering that some of the overtone-based playlist tracks consisted of sounds without traditionally identifiable melody and/or rhythm and therefore might not be classified as songs or music by some,” the study concludes.

“This suggests that the sounds capable of supporting psychedelic therapy sessions may go beyond the bounds of traditionally defined musical genres.”

One of the researchers on the project, Matthew Johnson, wrote on Twitter, “Apparently classical music is not such a sacred cow for psychedelic people.”

The researchers decided more follow-up is needed in the study.

The overtone-based includes 31 total songs or audio systems. It begins with Alain Presencer’s “Shepherd Song” from the album, Singing Bowls of Tibet as its opener. Song 7 is “Flute Traveler” by Ron Korb, followed by “Satori (Enlightenment) by Travis Scott. Song 16 is from an album called “Tibetan Bells,” and by song 19 you’re listening to the album, “hearing Solar Winds Alight.” The playlist closes out with more familiar songs: Louis Armstrong’s “What a Wonderful World,” than a classic in The Beatles’ “Here Comes the Sun,” and finally “Ocean Waves” by Dr. Jeffrey Thompson, which is a full hour-long recording of sounds you’d hear along a beach. You can listen to the playlist yourself here.

The hunt for magical soundtracks​

Up until now, most of those sessions featured music from the classical genre, like works by Mozart or Beethoven. Even the safety guidelines for doctors mention the patient should be listening to classical music. But in Johns Hopkins researchers’ study, “Set and Setting: A Randomized Study of Different Musical Genres in Supporting Psychedelic Therapy,” scientists argue classical music may not be the most beneficial choice.

Set and Setting explains that in both monitored psychedelic therapy and common culture, the presence of music is standard when using drugs like lysergic acid diethylamide (LSD) and magic mushrooms. That’s because music and psychedelics intertwine in such a way as to elicit neurobiological and neurochemical responses. The music is purposely paced out to coincide in timing with the drug’s course, building gradually toward a particular mood and peak. That build is intrinsic in classical concertos, making it a natural choice.

So what does that research entail? The study explains,

“The purpose of the current analysis was to experimentally evaluate the effects of musical genre, Western classical (as typically used in psychedelic studies) versus overtone-heavy instruments, on session experience and smoking cessation outcomes among nicotine-dependent smokers participating in an open-label study.”

The researchers put together two playlists: one compiles of typical Western Classical music songs used in previous studies; and a playlist of other genres that also included strong overtone signatures. The second playlist was extremely varied, featuring Tibetan singing bowls, gongs, didgeridoo, chimes, bells, sitar, and the human voice singing. The only thing in common was the build toward a climax was featured in every playlist.

The researchers played each of the first two playlists in the first two sessions; in the third, the patient was told to choose which of the playlists they preferred and listen to that. In the end, 60% of patients liked the overtone-based playlist better.

The therapeutic benefits of psilocybin​

The Center says its published groundbreaking studies in five dozen scientific journals. Through that, research at Johns Hopkins has demonstrated a beneficial, therapeutic effect from psilocybin in a wide range of problems, including:


In those later four, there are upcoming studies that will determine precisely how effective psilocybin is as a treatment for those ailments. The first step was proving there is any effect at all; now, researchers want to quantify that. From there, they’ll figure out how to create treatment plans tailored to individual patients’ needs.

Right now, the Center for Psychedelic and Consciousness Research is looking into the best music to play during those therapy sessions. The thought isn’t new; there are records that show incorporation of music was common in ancient times during spiritual or medicinal use of psychedelics. But researchers want to know what the best choice of music would be, and whether it varies depending on the patient.

The decriminalization of psychedelics​

As new research about psychedelics’ potential benefits comes as the War on Drugs diminishes, more communities are passing legislation to loosen or eliminate punishments for using the chemicals.

Psilocybin is now legal in Oregon, making it the only full state to legalize the substance. Measure 109 passed with over 56% of the vote in the November 2020 election. Over the next two years, the state will work out regulatory details such as the qualifications therapists will need to prescribe it.

Psilocybin and several other psychedelics are decriminalized in Washington, D.C. as well. More than three-quarters of the city’s electorate approved Initiative 81 in the November election, decriminalizing ibogaine, dimethyltryptamine, mescaline, psilocybin, and psilocin. Those chemicals are known as entheogenic, meaning they are hallucinogenic substances, usually derived from plants or fungi, which are typically used in religious or spiritual ceremonies.

The Entheogenic Plant and Fungus Policy Act of 2020 maintains,

“Practices with entheogenic plants and fungi have long existed, have been considered sacred to a number of cultures and religions for millennia, and continue to be enhanced and improved.”

The Measure officially went into effect in December 2020.

The post Study: Psychedelics and Music Together Could Treat Addiction appeared first on Wikileaf.