The origins of blunts

Nowadays, it’s very usual to see someone rolling or smoking a cannabis cigarette wrapped in a tobacco leaf, as the popularity of this type of papers has skyrocketed over the last few years, thanks partly to the publicity – direct or indirect – given to it by many celebrities and figures from different backgrounds. In addition to this, as many of you might know, there are blunts with a wide range of aromas added to them, so apart from altering the smell of the content, they also make it considerably less of a giveaway.

However, this type of rolling leaf is a relatively novel product, since blunts go back decades to when people used to roll cannabis in tobacco leaves, or strip a cigar and use its outer cover as rolling paper. Today we are taking a closer look into the history of blunts, on a journey that will take us from the Caribbean in the 19th century to the cannabis dispensaries and clubs of the modern age. 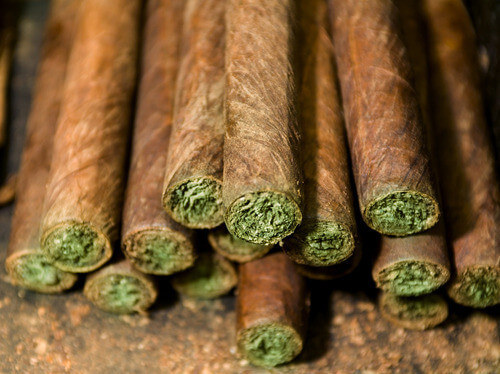 Properly rolled and ready to use blunts

Our journey starts in the Caribbean Sea during the 19th century, on a group of idyllic islands where locals began to roll their marijuana using tobacco leaves. No one really knows why this practice started in places like Jamaica, Dominican Republic, Cuba or Puerto Rico, though there are some theories that could explain it.

On the one hand, it could be simply due to a shortage of rolling paper, something that was highly likely given the difficulties presented by this region at the time in terms of provisioning. We know it wasn’t easy for traders to deal with dangerous storms and avoid the dreaded pirates in order to reach such beautiful places! On the other hand, some sources believe blunts were an effective way of concealing marijuana cigarettes, while others speak of a more powerful effect… Either way, it was a practice that took hold in this region and would end up being exported to the whole world. 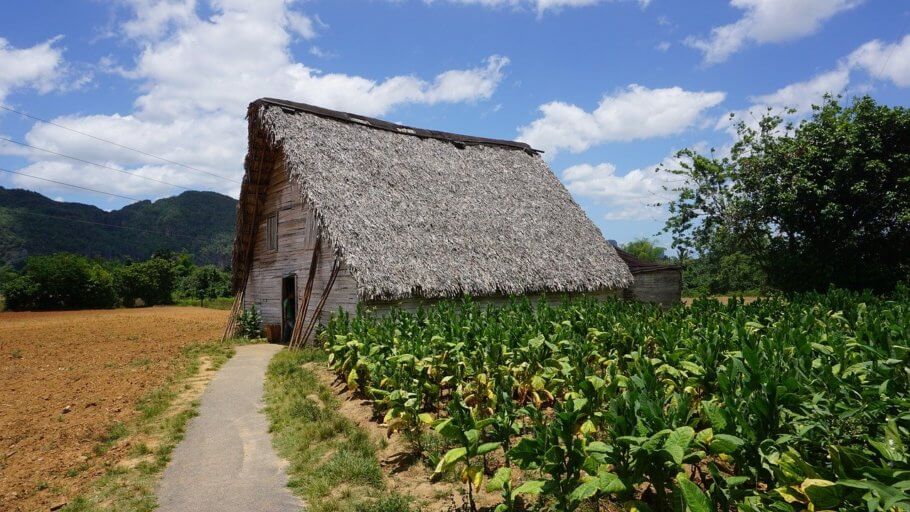 
Around the same time, the American tobacco industry obtained a new product: a cigar slightly thinner than the classic Corona and with a more rounded tip, which in fact gave them their name. The blunt was born. Usually rolled with a tobacco mixture and a thicker leaf for the outer layer, blunts soon became highly popular, particularly due to their value for money, which made them much more affordable than the cigars of the time.

Soon after, near the end of the 19th century and the beginning of the 20th, companies like White Owl Blunts, Phillies Blunt and Dutch Masters were producing huge amounts of blunts to supply the American market. Obviously, from time to time some of these cigarettes reached the Caribbean shores much to the local’s delight, who from then on always had the option of stripping a blunt to roll a joint if they had a shortage of tobacco leaves or smoking paper.

It is believed that during the 80s and after a wave of immigration from Jamaica, Puerto Rico and Dominican Republic, the habit of smoking blunts became very popular in the New York area. We are not referring to the classic “branded” American cigars that had been already being produced for a century, but to the enormous cannabis spliffs rolled with tobacco leaves that soon found their way into the New York underground market. We all remember that scene from the film Kids (1995) where a guy rolls a huge blunt in the park… 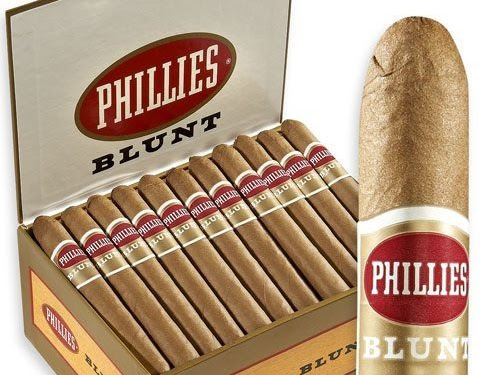 
Given the New York anti-drug policy during the 80s and 90s, it’s hardly surprising that marijuana users opted for a more stealth format (when rolled, it looks like a normal cigar) that gave them the liberty of making them any size they wanted and sharing them with more people than with a traditional joint. From all the brands available, one that stood out from the competition thanks to its outer leaf sturdiness and a less harsh flavour was Phillies Blunt.

If you are a fan of 90s rap music, you’ve probably heard this name, as numerous artists used to mention it in their lyrics. Dutch Masters was also very popular in NY, which soon became the blunt capital of the world due to a sort of communion between music (especially, hip hop) and traditions, between defiance and a kind of community feeling when smoking a blunt.

With the arrival of the year 2000, or maybe a little earlier, Spanish people started using tobacco leaves to roll blunts. These leaves could be found in most grow-shops and some tobacconists. Without a doubt, one of the most popular brands at that time was Royal Blunts, which marketed, among other products, a leaf soaked in honey and cognac which the person writing this article remembers very fondly. These blunts weren’t easy to roll, but once lit they were a real treat!

It should be noted that Royal Blunts were real tobacco leaves without any processing, and had to have the right level of humidity in order to be properly rolled; too dry and they broke into pieces, too moist and the cigar would crumple halfway through the rolling process…and at the same time, trying to keep the veins from upsetting the whole operation, and make the leaves stick once finished… Making a good blunt was a form of art! 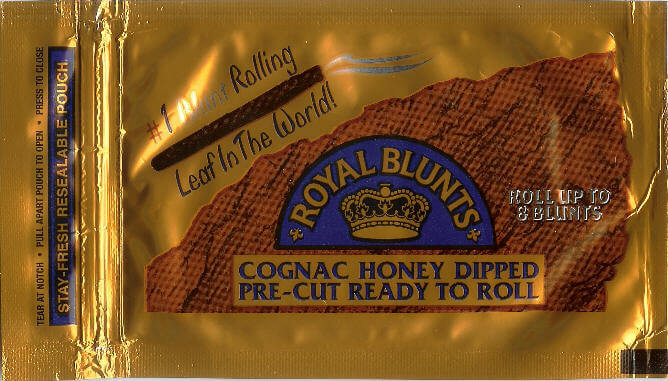 
However, today’s blunt wraps don’t have any of these drawbacks. To make them, the tobacco leaves are usually dried and ground and then combined with cellulose pulp and water; this results in a paste that can then be flattened, dried and cut according to the desired size. To this mixture, they add some flavouring agents that will provide taste and aroma to the cigarette when it’s lit. And that’s the reason we can find blunts with the craziest smells, even tequila! As it could be expected, there are blunts made with hemp instead of tobacco.

In the smoker category of our headshop, you’ll find different types of blunts. We only offer blunts made from hemp, 100% tobacco-free and, therefore, nicotine-free. The three brands featured in our catalogue offer their blunts in twos, sealed in an airtight bag in order to have the perfect moisture level when opened.

Juicy Jay’s Juicy Hemp Wraps are possibly the most popular, with a wide range of flavours for every taste: grape, mango-papaya, tropical, strawberry, and blueberry are a few of them. They also have the natural classic blunt, with no flavouring agents, so you can experience all the nuances in your flowers. 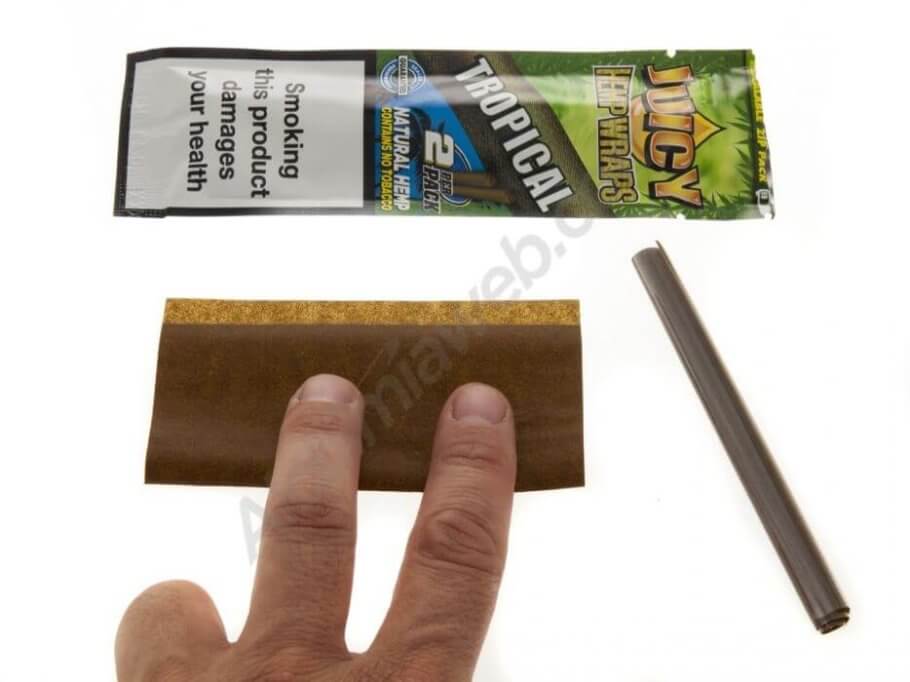 
Lion Rolling Circus is another popular brand of blunts, also manufactured 100% from hemp. Within this range, you can find flavours such as chocolate, strawberry, chewing gum, mango, blueberry… and tequila! As in the previous case, Lion Rolling Circus offers blunts completely natural and with no added flavours.

Finally, Kush Herbal Wraps has a collection of hemp blunts with some interesting added flavourings, such as Sweet, Zero, Kiwi-Strawberry and, of course, the Original, with no flavouring at all. As you can see, there is a wide range of blunts brands to chose from, with a huge array of flavours to combine with those of your favourite flowers!

The post The origins of blunts appeared first on Alchimia blog.