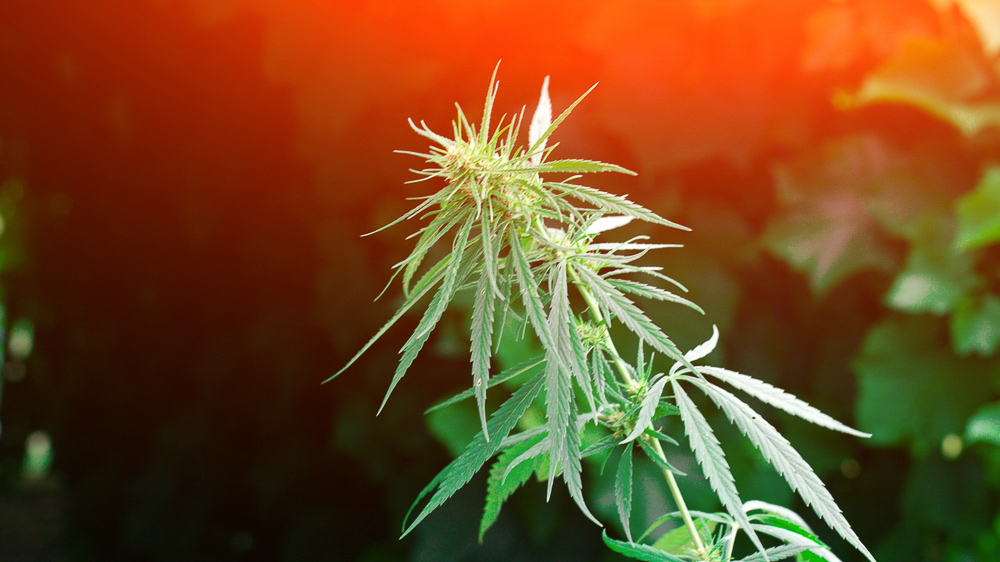 Cannabis connoisseurs love it, newbies can’t distinguish it from roadkill, and prohibitionists sniff for it on your clothes.

No matter where you land on the cannabis appreciation spectrum, it’s undeniable: Cannabis stinks.

The fragrance is so strong that people affectionately call weed “skunk” (in fact, many cannabis strains have skunk in their names).

So why does weed smell like skunk? Cannabis smells like skunk because of terpenes, the chemical compounds responsible for each plant’s aromatic bouquet.

Curious about the specific terpenes that give weed its notorious smell?

Terpenes are responsible for the way all plants – cannabis included – smell.

But it’s not like plants produce these secondary metabolites to watch you wrinkle your nose (or take a deep breath in). Cannabis plants create terpenes for their survival.

In other words, terpenes attract pollinators and repel predators. They also provide plants with pathogen resistance.

Fortunately for humans, plants aren’t the only living organisms that benefit from terpenes. Cannabis scholars believe that the combined effects of cannabinoids and terpenes make cannabis the following:


The entourage effect – the synergy between cannabinoids and terpenes – suggests tremendous medical potential. So if your weed is particularly skunky, take heart. That fragrance signals powerful medicine ready to work alongside the cannabinoids you consume when you smoke, vape, or ingest weed.

But why does cannabis medicine have such a uniquely… distinct smell?

The reason cannabis smells like skunk is that weed strains contain certain types of terpenes, and the combination of those specific terpenes produces cannabis’ unique scent.

Cannabis smells like cannabis because of its most abundant terpenes, including myrcene, limonene, and caryophyllene.

As the most abundant terpene in cannabis, myrcene is one of the most influential chemicals shaping cannabis’ aromatic profile. Myrcene’s fruity scent is prevalent in hops, lemongrass, mango, and cardamom.

Myrcene is associated with the following health benefits:

Limonene is the second most common terpene on the planet, so it’s no wonder that its invigorating fragrance is appealing. Citrus fruits like lemons, oranges, and limes contain high concentrations of limonene.

Scientists believe that limonene can provide the following therapeutic effects:

Caryophyllene: The Skunk of the Gods​

There are several forms of caryophyllene in cannabis, including beta-caryophyllene and alpha-humulene. Caryophyllene is a sharply-scented terpene commonly found in aromatic spices such as oregano, rosemary, black pepper, curry, and cinnamon.

While research on caryophyllene is limited, scientists are discovering a growing number of ways that this terpene can benefit overall health, including:

Does All Weed Smell the Same?​

If you’re new to cannabis, weed might all smell the same to you. But you’ll likely realize subtle differences between strains as you develop your palette. That’s because cannabis strains contain many different terpenes (and various levels of terpenes in each strain).

Some of the most common terpenes identified in cannabis include the following:


As you research cannabis strains, you’ll probably notice that their flavor descriptions vary. Strains like Cereal Milk and Grape Ape are characterized as fruity. On the other hand, Sour Diesel is considered musky and pungent – similar to the smell of gasoline.

Each cannabis strain has a different aroma because of its specific combination of terpenes.

As much as we love terpenes, not all stink is good stink.

There are times when certain offensive scents indicate a problem with your weed. If your cannabis ever smells like the following, take a closer look at it before consuming:


It’s okay to put down weed that smells off to you. Whether it’s a terpene combination that irks your nostrils or a sign of contaminated weed, don’t limit yourself when you can choose more appealing flower.

Weed smells like skunk because of the terpenes it contains. Not all cannabis strains smell the same, though. Some skunk has fruitier undertones, while others are earthier or more spicy and acidic.

If your cannabis smells like urine or burnt chemicals, though, you may want to take a closer look at it before consuming it. Those noxious scents point to mold contamination or the presence of harsh chemicals.

A cannabis strain’s smell gives insight into its terpene profile. Knowing the combination of abundant terpenes in each strain can help you identify which one is most suitable for your body.

Cannabinoids like THC and CBD still get the most attention from consumers, but the interaction between terpenes and cannabinoids has the potential to be powerfully beneficial for your overall health.