Choose my own destiny 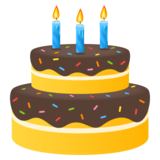 Hey everyone, so im pretty bored and my back is all jacked up as per usual, so im not doing a whole lot around the house/yard right now. So this is pretty much just for fun, I mean I'll go with the results, but I already my favorites selected in my head. So we will see what you guys pick. Ok, so, I've got three mass meds Prayer glue x putang going. They are at 20 days. Due to a couple of factors, space is one of them currently, the other is I was not thinking or paying attention or something, but Im running the wrong seeds. I meant to drop just straight prayer glue, without the putang cross. Because I'm tight on space right now, I was just dropping a couple photos to get a jump start on em kind of thing. I knew it was going to be tight for a sec, but I planned on pitching one as well. But considering, I have no putang..... Well you know what I mean haha, I'm a child..... , and if I'm not mistaken there is no more to be had, I kind of wanted to save this cross. One of those limited drops he does. So what I'm going to do here is run two of them to harvest, and the third I'm going to put in an area I usually only use in fall or winter. Gets hot in there. Can control it more or less, but it requires a decent amount of attention and also has some noisy side effects from the ventilation. But nevertheless, and because, I'm using the third for a seed run, I'm going for it. Unfortunately, feminized seeds from Mass, so that's another reason I decided to go this route as well. I mean I'm ok with fem seeds for sure, they definitely definitely have a place in my garden, but I do try to stick to regs for seed runs and breeding. The plants can be labeled by the toy in the container. There's Stimpy, The Goat and The Bulldog. Let me know which ones you'd go with. If you made it this far. Sorry, pain killers got me a bit chatty. I honestly try not to take them, but desperate times called for desperate measures. Thanks for making to the end of that verbal spew. Also for your choices. Take care, be safe and make things better around, even if it's small things.