Welcome to the lodge of Manidoo Seeds. I began growing back in "88" in my teenage angst. It all began with seeds from my mother's (RIP) tray and Solo cups in my bedroom placed on the windowsill! They got big and pretty fast thanks to mom's Jobe plant food sticks

and then Mom found them behind the curtains after our neighborhood watchdog notified her of the pretty Marijuana growing in our window.. Long story short, she said sky's the limits no, but that clothing pole in the closet is the highest your gonna grow!

Fast forward and many bagseed later I found myself with friends connected to the Greatfull Dead and another from Humboldt that all gifted me seeds to grow in Michigan, both indoors and out.
It was here in the midst of the early 90's that I found the power of the Afghanica cultivars as well as hybrids.

I mostly harvested equatorial sativa's before this point in my earlier day's of growing and rarely harvested more than a feather dusters worth of smoke and with all honesty I probably smoked more leaf then anything throughout those early years. I knew Indica existed though through text books and of course High Times as well as a not so fond memory of getting my ass beat for climbing one of my dad's growers trees. Those trees were Indica and thick enough to support a boys weight until the midpoint anyway! Both my father and his grower went to prison though by the time I began growing so I had nothing but import bagseed to learn from until the year of "90" when the tides changed dramatically for me.

I consider myself fortunate regardless of those years of growing mainly leaf as I grew in clandestine closet's until 2010 without ever once having to deal with import seed.

In the midst of the early 90's I also was very active in the growing Herptoculture scene working with the likes of some awesome Professors and Biologists such as David and Tracy Barker, together they wrote the Taxonomy of the worlds Pythons as well as the Boa family. Having held some of the Barkers breeding stock I was formally introduced into breeding for both preservation as well as breeding morphs and this led me to breed my own cannabis as well.

In short that is my background and I've been breeding now for over ten years in my own small facility I have built. I am both a medical and a recreation breeder, so I dabble in a lot even though I no longer work with CBD Dom lines...

I love Jack Herer, both the soul we knew and the cultivar as well! Both are legends of their own! 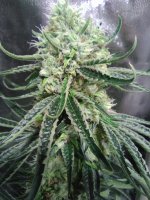 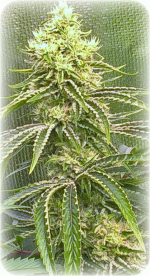 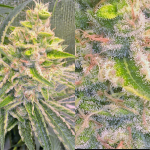 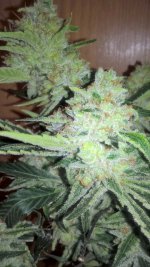 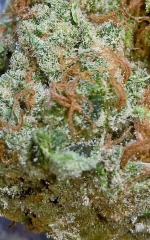 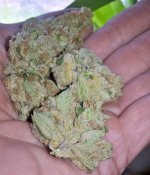 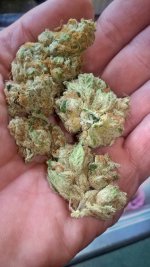 Here's something I'm currently working on, 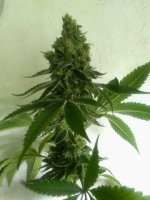 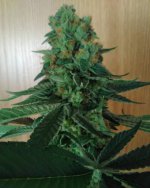 From older to newer! Been Skooshing Skoosh since 2010, but I skooshed this one with the Cherry Punch male I paid an arm and leg for searching through packs for the Cherry Ak47 side! 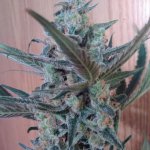 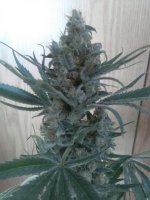 Here's a picture of one of the Fire Gods in memory of G.O.D. Seeds (Garden of Dreams) who made the Genesis 1:69 that I crossed with WIFI alien and refined into three distinct lines after a few generations! 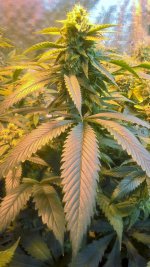 Welcome and some awesome cultivars 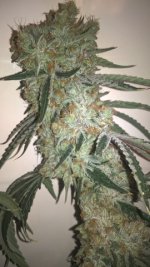 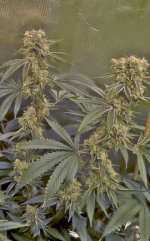 Idlewilder said:
Welcome and some awesome cultivars
Click to expand...

Thanks Idlewilder! I'm enjoying the serenity and peace here at PH...

That Jack's Candlestick looks fantastic man! Some killer genetics in there.

Gentlemancorpse said:
That Jack's Candlestick looks fantastic man! Some killer genetics in there.
Click to expand...

Thank you very much! I really enjoyed putting her together and after all the years I've decided to S1 her and take her to some of her relatives while I have the pollen.. 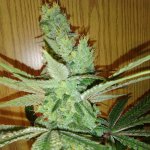 Gorgeous flowers man. Can't wait to see what you do from here!

GthaEnigma said:
Gorgeous flowers man. Can't wait to see what you do from here!
Click to expand...

With the TOOL reference even

GthaEnigma said:
Gorgeous flowers man. Can't wait to see what you do from here!
Click to expand...

Thanks! I'm pretty excited to see what else that Cherry Punched Collection has to offer. Been running in-house testing and a couple relatives are finishing up on their end of test running. I'll definitely keep the thread overgrown!

spyralout said:
With the TOOL reference even

Just couldn't pass the opportunity! One of my favorite Tool songs. Wait, actually every Tool song is my favorite

Am subbed, way to crush the game!!! Everything looks

. Can't wait to see what else you got

Here's another look at some more of the Cherry Punched Collection. I don't typically hit many females with my chosen males , let alone more then one at a time. Having ran each female one year minimum it was easy picking a few extras for this project, as I wanted a small diverse collective of Punch with a really big PUNCH.

So as a last choice contender I had to hit GG4 just once even though she's been done too many times. I swore that cut like most all other Chems was a bit too demanding and really needed an overhaul. Gave my brother a few packs to play, he only dropped 3 beans finding the Cherry AK-47 side I selected for! 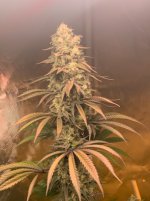