SO i got this meanwell a while back to wire up some cobs...i couldnt figure it out...found another driver and made that work.

Can this meanwell run QB120s? How many?

Or even better....how many citi cobs can it run...

I am really glad i ordered the right meanwell...i am just out this driver.

It makes sense why i couldnt get it to work...series...parallell....solid core braided core...wagus and wire nuts.

Man can i wire a board ! All that practice was good for me.. 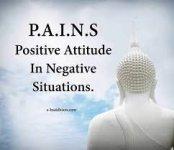 I had a random idea you could use the driver for. Rapid LED sells these single violet (410-420nm) LEDs that run at 3-4 volts each. A string of three or four of them in series could be run on the driver, though it's got way more power than you would need.

Anyways, with enough of those near-uv diodes, you could achieve an almost 20% increase in cannabinoid and terpene content, at least according to some tests a few members of a different forum did. I think it would be worth looking into if you have everything else dialed in.

Anything for a car, boat, lawnmower and etc ..lights you could run..
So you could look around and fine some LEDs that you could use...

Didn't you say you had more then enough lights?
Or was that someone else

its me...i just have this driver...i actually ordered the 48V and this was in the box.

Im only out the cost of the driver... Its kind of weird i will go back and see what the invoice said to send a letter to the place i ordered it from...because they sell 48V not 12 so how did i get
You must log in or register to reply here.
Share:
Facebook Twitter Reddit Pinterest Tumblr WhatsApp Email Share Link
Top Bottom