Purchased from the Real Seed Company​

A pure Hindu Kush landrace collected nearby the Tora Bora (‘Black Cave‘) cavern complex, a stronghold in the Spīn Ghar mountains on the border of Khyber and Nangarhar Province, Afghanistan made notorious by Al-Qaeda, the Mujahideen, and CIA.

These seeds were personally collected from local small farmers. The majority of the charas sold in this area comes from Afghanistan, but there are small groups of local farmers who instead of producing opium and heroin prefer to cultivate Cannabis. 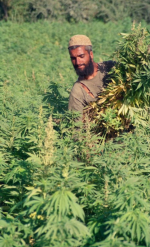