There's a few the final touches like some weather stripping and sealing up cord holes remaining. Then I've got some cord organizing and vacuuming to do, but the dry/cure cab is just about done.

Filtered intake at the bottom, humidity and temperature controlled exhaust at the top, sensor suspended in the middle of the cab. There's some tweaking and experimenting to do to get humidity just where I want it, but I think this should be a fairly big step forward in my process.

Feedback and critique is welcome. 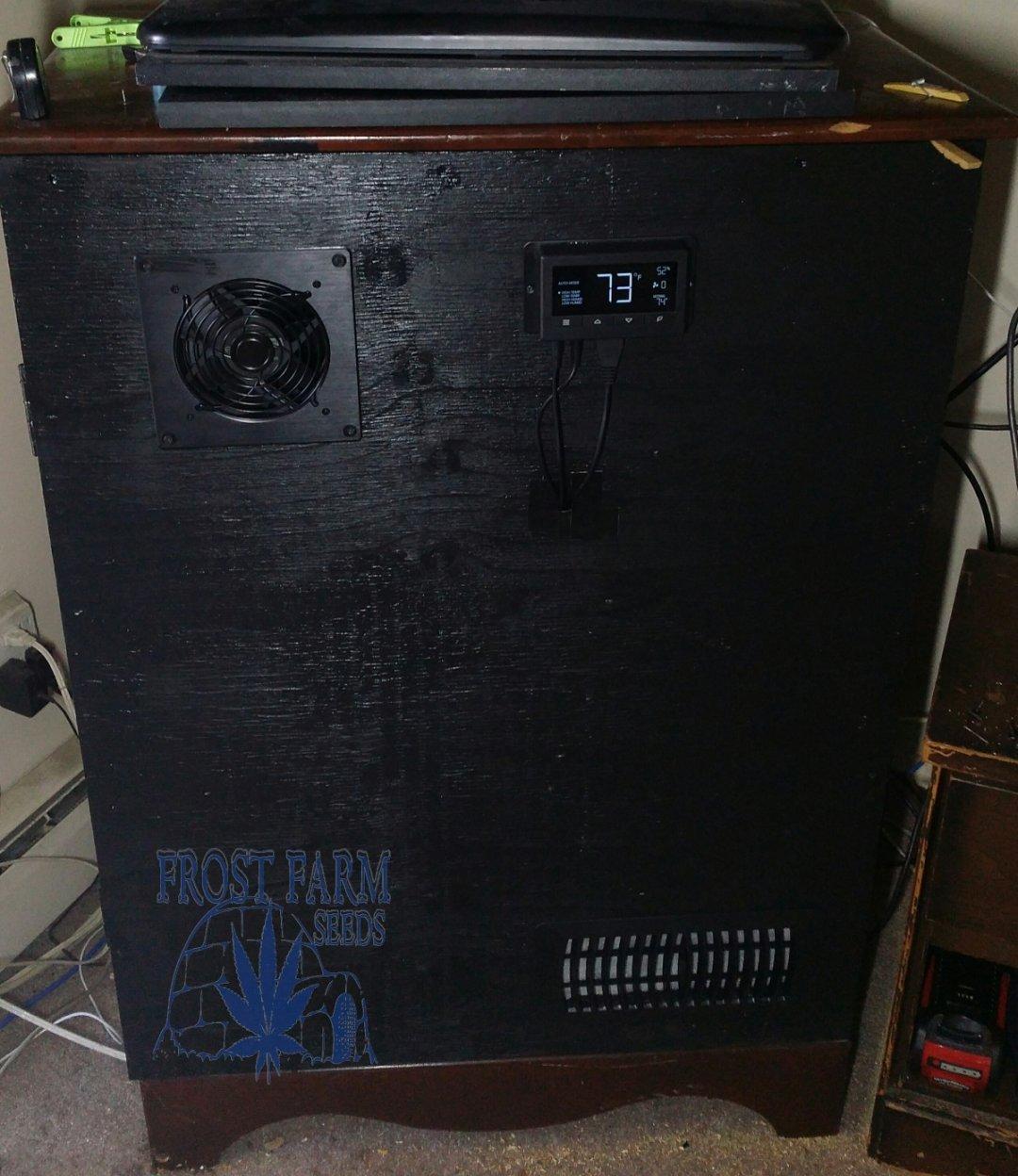 Thanks, Frosty. So far it seems to be working well. I'm bumping the upper humidity exhaust trigger by ~a percent/day as the plant in there currently transitions from the initial dry to curing.

On to other happy news, I just finished my initial gather on the Blueberry Muffin seed run and I am very happy with the return from such a small plant. Not all will be viable, but there are a lot of very nice looking beans in that container. 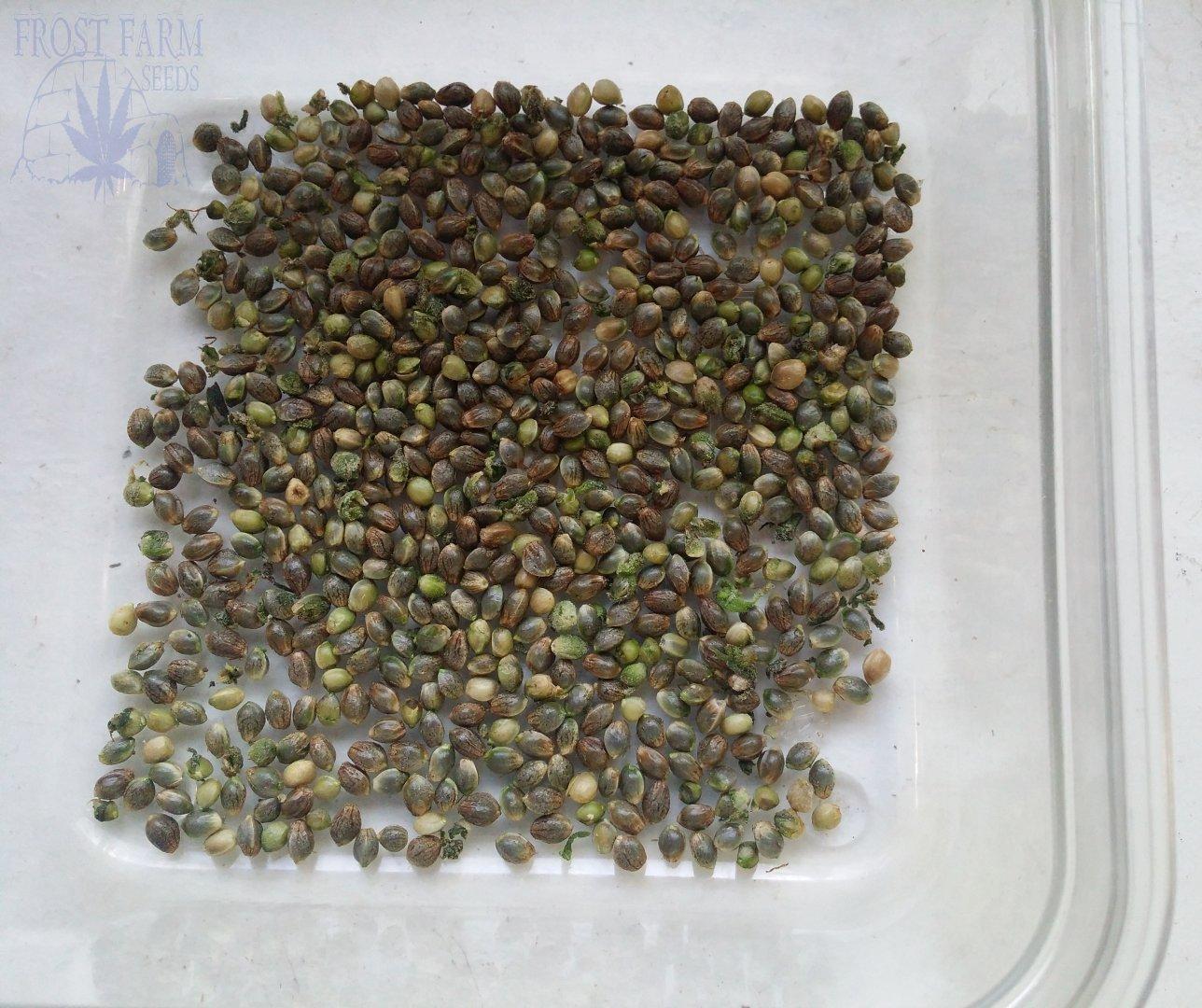 Blueberry muffin again, 33f. Love this flower: taste, smell and effect are all sooo good. Really looking forward to seeing what the F1's produce. C99 and Romulan cuts are rooted and flipped and will be pollinated in a couple weeks. KNL cut has been pollinated. Purple Kush cut is a few days from pollination.

Sexing day (12f) for a Sweet Skunk x Cinderella 99. I could not see anything with my naked eye, but the photos reveal all.

And the zoom, so there is no room for debate.

Dank Farrik said:
How does one determine a "keeper" dad? tx.
Click to expand...

As Agent said, much is the same as selecting females.

Proof is in the pudding.
Male selection is seemingly tedious, as there is an extra generation added to each endeavour.
Meaning, the initial part where pollen is collected, and an additional generation as the female seed offspring are evaluated.

I guess you could see it as a partnership. You are looking for a pairing wherein the parents each bring their best attributes to the table and express that holy matrimony in a pleasing fashion.

*Random generic thoughts, brought to you by LA Dog.

Visible seed development in the KNL and positive signs in the Purple Kush after their encounter with with Muffin male. The PK is a bit younger and smaller, but I'm optimistic.

Of the 4 crosses I'm currently making with the Blueberry Muffin male, I think I'm most excited about the Romulan. My Rom Mom has massive fuel stank and a knock-you-on-your-ass effect, but is super stout and bushy. The xMuffin progeny should have a better structure, the tastes and smells should combine beautifully, and the yield should get a solid bump.

The Purple Kush mom has a great structure. It's a natural 3D menorah shape that has a flat, well spread canopy with bugger-all for training, but I don't like the high as much. Some of my friends really like the PK though, so it will be fun to see what results here.

The KNL is already an F1, so I expect the cross to have lots of surprises. Should be strong AF though.

The pineapple/rotting fruit Cindy x BBM is a potential beast. Both parents are fully finished by about 53F, but the C99 is a much bigger yielder. Both are very strong. The C99 is a very energetic and happy high and while the BBM is more to the indica side, it too is more giggle-weed than couchlock. Only the Rom cross has me more excited.

The BBM father itself was the best of a few healthy males I had to choose from. The BBM female I have has been getting really good reviews from everyone who's tried it. Even @Jewels said he was able to go hours out in public without strangling a single SOB. 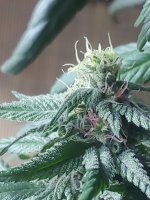 Deep colour
Did not see that coming. 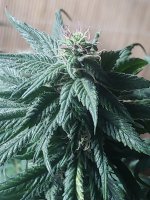 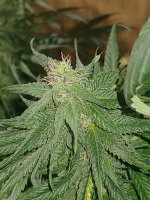 That looks so cool! I assume it's the low temps they've had bringing that out. My Romulan is supposed to do the same thing, but I haven't seen it. I really hope you get some nice smoke from her.


Got so excited to see someone else's photos of plants from seeds I made that I just had to run 'em through GIMP.
(BTW, fyi to all, it's pretty simple to make your own watermark using "brushes" in GIMP. I'm still messing about with sizes and such)

Now if I squint I can pretend I'm more than a complete amateur weenie. 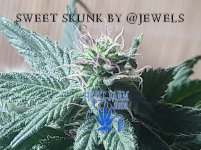 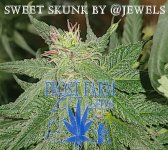 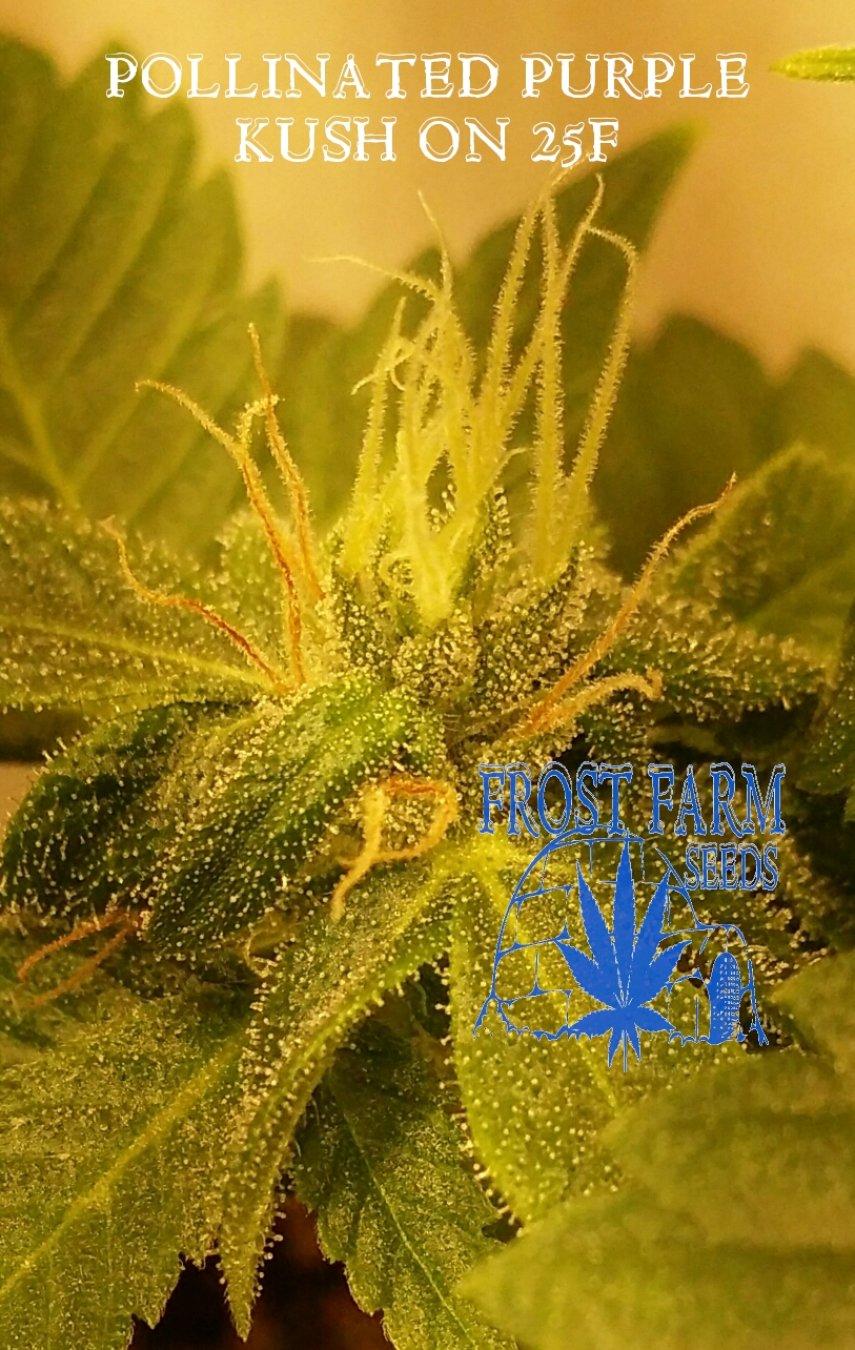 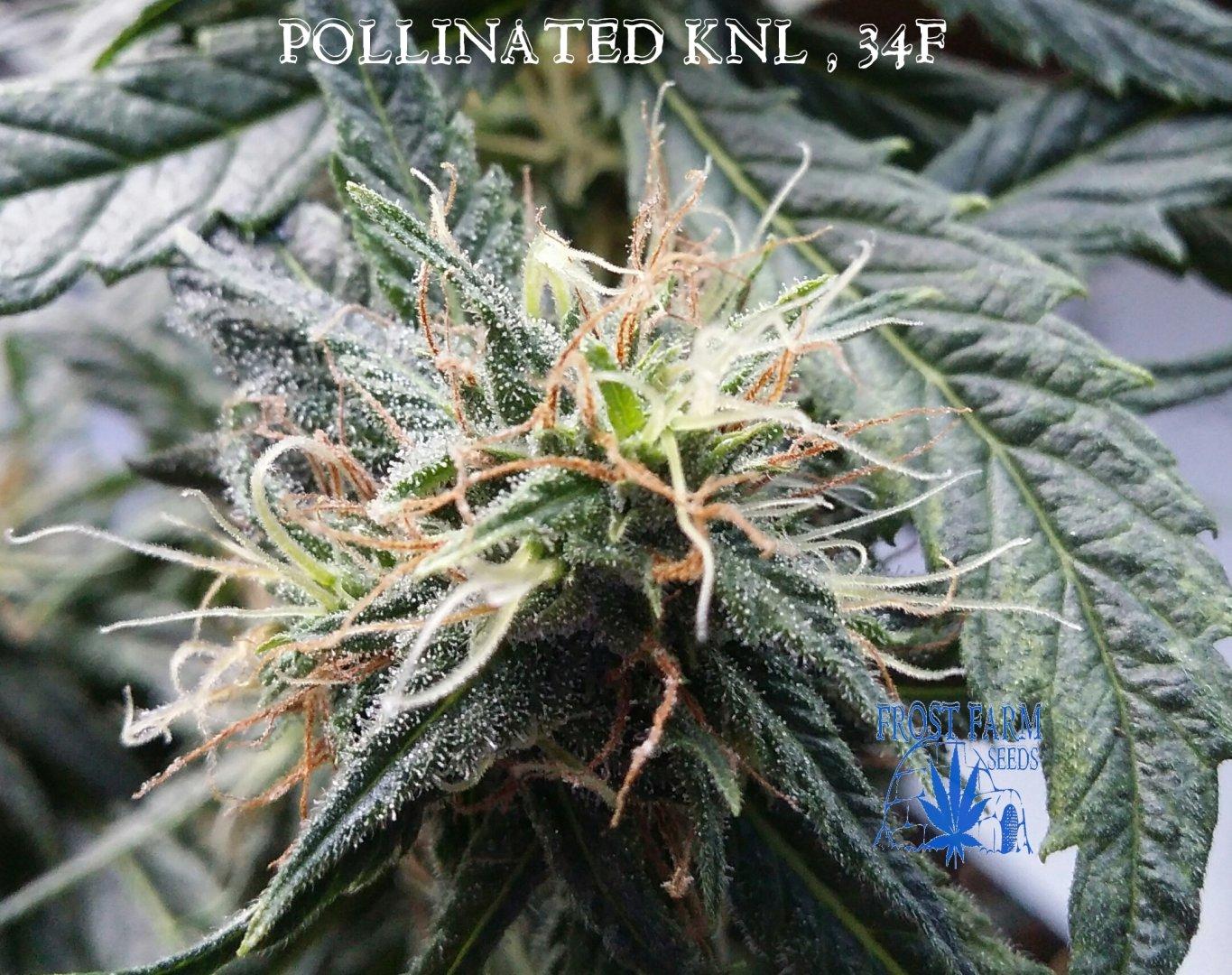 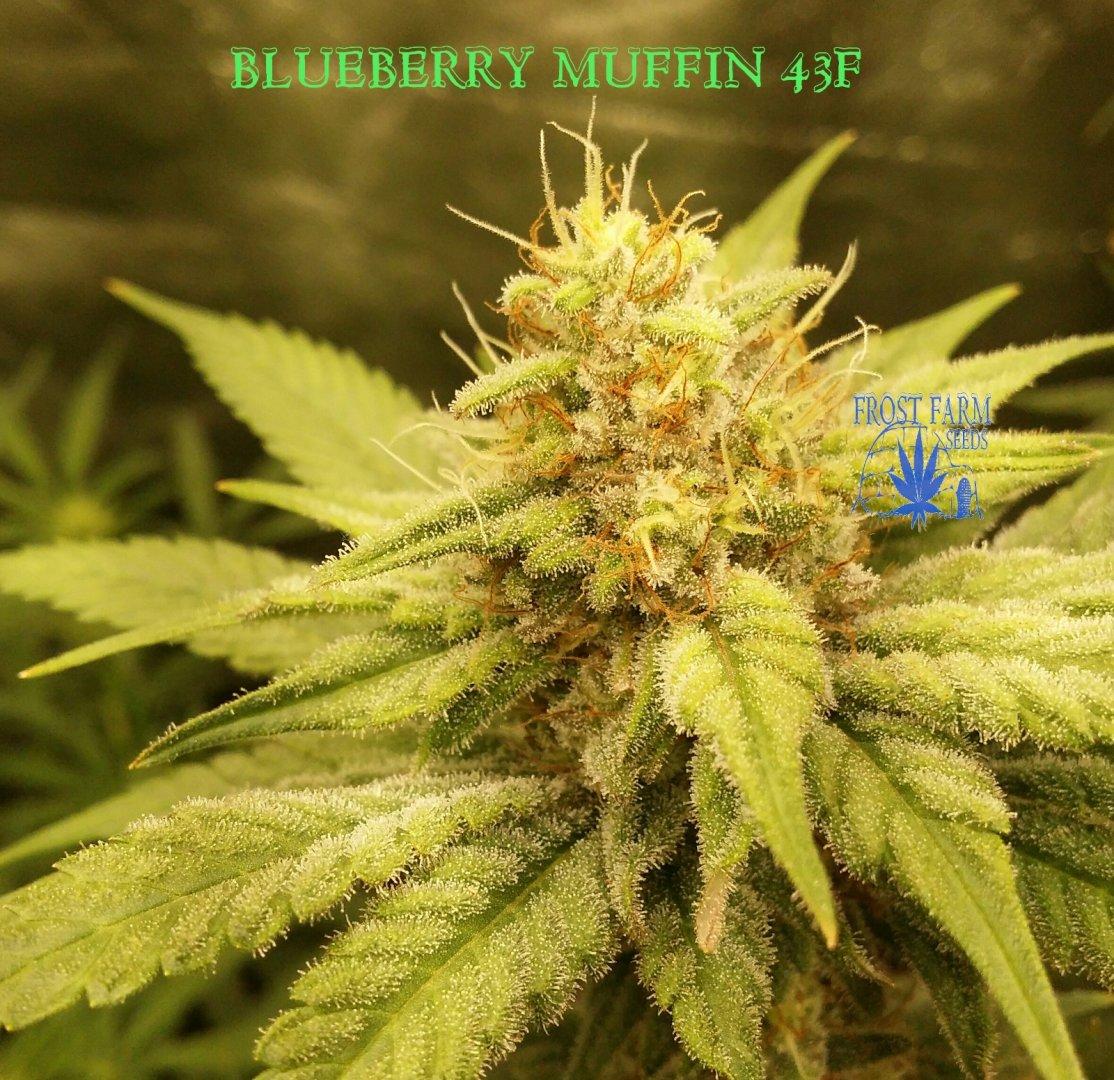 Amarok said:
The BBM female I have has been getting really good reviews from everyone who's tried it.
Click to expand...

I stayed alert and on task. It was like a companion, rather than taking over my day.
And yes, I was pleasant and amiable, no paranoi or tension.
Sometimes during the day I can feel rushed, pressured, or overstimulated. Good weed like that puts me in the zone where I can focus on the task at hand, rather than trying to tune every channel, spin every plate.

I must also mention the fantastic lingering aroma. It did not leave that "somebody has been smoking in here" smell. I noticed even the next day, when I went back in there. There was a freshness to it.

Realized I needed to make some changes if I want July and August off, so I moved everything around today, culled a couple of the moms(I don't need 8+ to maintain all summer), and flipped pretty much everything else.

I have a few germ testers of the recent harvest of BBM on the go, and a couple small cuts of other stuff, but everything else is now in flower.

3/3 on the BBM germination test. One sprout is already up and the other two cracked seeds have just been dropped in coco.

Of course, I don't want any more plants right now, so I have a conundrum. Assuming they all make it, I'll probably flip them early to look for a good male and cull any girls or wimpy guys.

My chucking games are as much fun as any other part of the process. So rewarding, both the successes and the failures. One pays off with a vault of quality genes and a cupboard full of fire, one pays off in knowledge and personal growth.
I love this shit!
You must log in or register to reply here.
Share:
Facebook Twitter Reddit Pinterest Tumblr WhatsApp Email Share Link
Top Bottom