Oh shit I didn't see all the other replies! OK so basically when I was younger people argued "Is Punk from England or New York?" and now I laugh because MC5 started in 1964 and predates ALL of them. Without Detroit can you imagine how boring music would have been in the 60s? Who else was gonna be the FIRST band to say "Motherfucker" on an album? If you haven't already; There's a Documentary, 2 DVDs, "MC5, a True Testimonial" and on the second DVD they even have Lemmy from Motorhead on there talking about them. MC5 did things no one had done; Like getting arrested for taking part in the Riot, getting arrested for assaulting cops, being OK with guns and all that. even if you don't like MC5, OR the Stooges for whatever reason, another band called "Death" from Detroit was 4 brothers who ended up recording an album and it was apparently found YEARS later and I have heard this album, and I guess to everyone from The Ramones, to the Sex Pistols; You're Welcome! Detroit didn't get a lot of credit for Punk, but clearly if you think of ONE city where people are going to wave a middle finger at the law, Detroit is pretty high up on that list. I'm not saying I agree or disagree with everything they did, but I do know some history, and Punk owes a bit of credit, to everyone across 8 Mile. I've gone to John C Lodge and Warren.... How could I not visit where MC5 had a studio ? LOL.

I don't personally care much for GG Allin, though I understand him wanting to add some "Danger back to Rock n Roll" and all that, but Jerry Lee Lewis did what he did back in the 50s, it's a lot more shocking to see a dude back then wagging his hips around and setting stuff on fire in the 50s than it is to see someone shit on a stage. Hell any band someone doesn't like, is basically shitting on the stage anyway. Rammstein uses hollow dildos and cream Liqueur to do the song "Buech Dich" (Bend Over in German, guess what it's about? ).

As for the anti Christian sentiment that I see in Metal, especially Black Metal (I do like Burzum and a few others) I'm Christian, and I don't care what a band member feels is right or wrong... God gave us Free Will, and to not respect that sounds a lot like blasphemy to say the least. I will say this much though for "some people" :

Letting a guy with a gold watch on TV tell you what the Bible says, is a bit silly. Slandering anyone who Believes in God whilst at the same time claiming that they believe in "Science" tells me that those people, seem to read every book BUT The Bible. Physics has been around for 2600 years and they took over 1500 years to say Earth is Round and not flat, but the Bible said Earth was round and anyone who Believes what they read in it, knew that before science did.

And don't get me started on Penguins walking from Antarctica to the Middle East to get on a boat..... If you think Aquatic Birds needs rescuing from WATER you may want to re-think how much science you claim to know. And if you think a bunch of white boy names like Mark and John were walking around the Middle East 2,000 years ago, let me explain translations and Anglicization to you real quick... The New Testament was written in Greek and Latin; Mark is the Anglicized version of a Latin and Greek name that sounds nothing like 'Mark". It's like "Marquos" or something like that in the Greek text, and unless you can read and speak Aramaic, I don't even wanna hear it LOL.

so while we're discussing science, Daylight savings time, or as I call it "How people think cutting an inch off the top of a blanket and sewing it on the bottom gives you a longer blanket".... Species on planet earth? Bible says Plants and Animals were here before humans, much like the book of Genesis...... Genesis says "There were Giants in those days" Archaeology is now finding HUGE Ancient humanoid skeletons.... Ancient Aliens people think Aliens nuked Sodom because they found destruction on a scale that doesn't make sense because we didn't have those weapons back then.... I mean come on now science.... A Stopped clock is right twice a day but I'm not setting MY watch to it... I also won't judge you if you choose too because that's wrong too. I guess what I'm saying is; I don't really care what anyone else chooses to Believe, or how they want to live there lives, no matter if they're gay, straight, or listening to Nickleback, that's THERE choice. LOL.

To end this 70 pages of text (Sorry about that) basing your outlook on a Religion because some people in that Religion aren't very nice is EASY to explain; Going to a Church and seeing people mad at Marilyn Manson and abortion clinics doesn't mean shit; I can stand in a Garage and it will NOT make me a Mechanic.

Willie the Pimp was a frequent flyer during my Rincon & Malibu night-sessions.

It's kinda weird, Bad Music for Bad People is one of my favorite albums, yet I haven't much cared for most of the other Cramps music I've heard.

Gotta love Lux(RIP) and Ivy's story though, it's more Rock'n'Roll than Sid and Nancy's, imo. Punk dude cruising the highway picks up a scrawny chick hitch-hiking and they form a band and spend the rest of their lives together. 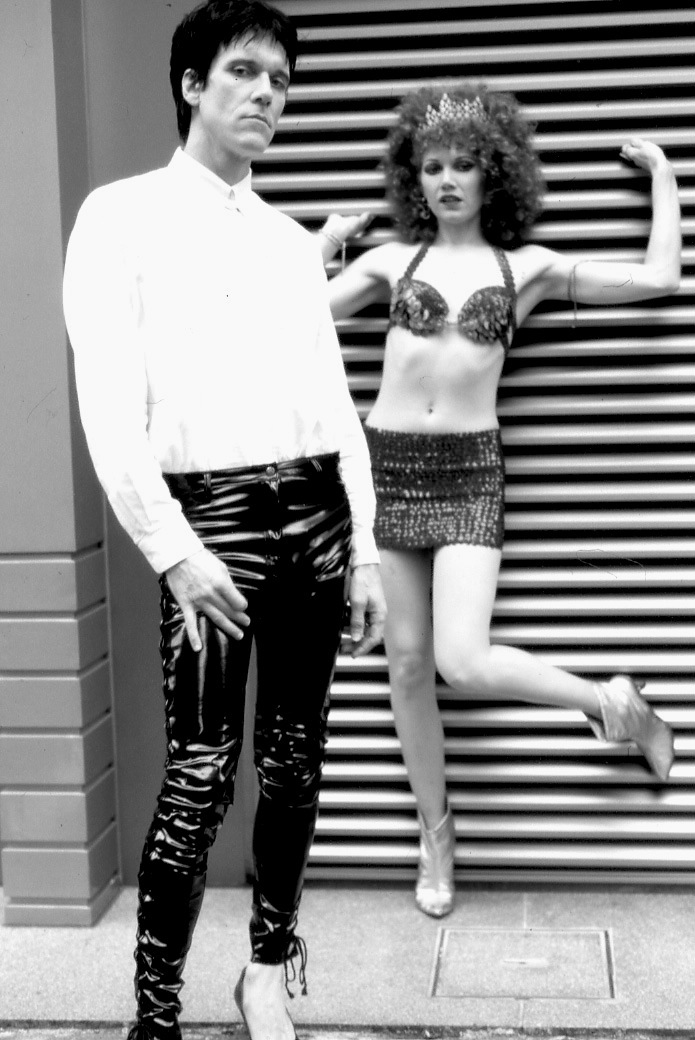 Workout song - put in a few open ocean miles on a 12'6" kayak this morning - as good for the head as it is for the body. This song is great for the "uphill" leg - against the wind / swell / chop; wet and a little cold --- one leg to go...
Picture from different day. 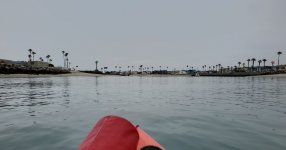 The Cramps do a WONDERFUL cover of Blue Moon Baby!!!!! I still remember back like years ago Rue Morgue Magazine did a piece on them.


Older version, not sure if it's actually the original or not;

And for ANYONE who has not heard of Acid Bath, do yourself a favor and check them out! They're pretty hard to find on YouTube because Rotten Records apparently realized they have the rights to something special and unique and apparently takes down songs a lot. This is a video for one of their songs:

On the subject of shock artists, are y'all familiar with Steel Panther?
They are a parody of the raunchy hair metal bands of the late 80s-early 90's.
Do their lyrics go a little too far? I guess that's an individual decision, but IMO they are so clearly lampooning a time/genre and the rest of the lyrics are so intentionally dumb that it's hard to be offended.
Plus, as someone who lived through the Ratt, Warrant, Poison et al era, Steel Panther aren't that far off the mark.