Seed Fundraiser to Sell and Buy a Light - pHenohunters project

Just a few days ago, our resident weed sensei and all around awesome cat @HydroRed tried to sell his LED lights with no takers. It turns out that another of our cool members, @Brokehoe could really use one of the lights, but current funds are unavailable. Times are tight for so many, and most of us have been there if not there now.

Let's resolve this for both parties.

I contacted HR to let him know I had another fundraiser in mind that would solve this for both parties, and being the 'salt of the earth' as @thenotsoesoteric labeled him, he proposed seed pack donations instead of money. In his own words:
"I dont expect top gear. I figure everyone has at least one pack of beans or freebie pack that just sits in their vault that they know they will never run. Thats what Im after. I donate packs to folks who cant afford em. "

All together now: "Wow."

I figure a dozen contributors should get it done, and I'll leave it to Red to moderate from here. But I will start the donations with some "top gear" - a pack of Freak Genetics Gorilla Hammer [bought for the freebies and to support our good friend @Frimpong] and a pack of Dragon Fighter from Great Lake Genetics. Let's do this. 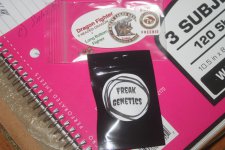 I really appreciate this. I might not have cash but,
I have a unopen pack of Hippie Crippler testers (ak47 x blue satellite) to donate.
D

Have 4 unopened packs of GPS..

Just writing what it says on the packs, no clue what they are, they are old packs though.

edit: If the user prefers they can bypass the GPS packs for a pack of Jordan of the Islands I have. Brand new, God’s Green Crack, 16 reg beans. JOTI does not seal packs though so it is “open”. I have never opened it though as its got a clear front so I can just count the beans.. edit2: I’m stupid, its God’s Green Crush, God’s Green Crack x Blue Crush from their new line.
Last edited: Aug 5, 2021

Quick summary:
Donate your unopened pack(s) (freebies/testers/packs you wont ever get to/etc) and when I get a nice stash of packs to pay forward I will mail this 200W LED light to our friend @Brokehoe free of charge on my dime. 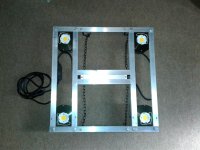 I guess logistically it would make the most sense to donate directly to where it is going. Post what you have to donate in here and I will reach out by private message for my shipping info.

***Largest donation will receive a special grab bag of cool stuff including choice of either a 3Thirteen Seeds rolling tray or a pHenohunter.org rolling tray along with some slaps, a beer coozy, and a bunch of other cool swag.***

Hit me up with that addy and I'll send in some packs to the cause. Ill have to dig through stash to see whats good.

Cheers and this is what community is all about!

but I got some pks for peeps that need help

but I got some pks for peeps that need help
Click to expand...

I figured I could do more with a stash of unwanted packs that people will never run vs the $110 I'd have left after shipping the light.

but I got some pks for peeps that need help
Click to expand...

Took me a minute as well lol. We're sending Red some unwanted packs to pay for this light for @Brokehoe who needs it but doesn't have the scratch.

I definitely have a few things I can send your way @HydroRed, I'll DM you in a bit when I get a chance to check out the stash.

I have a pack and some freebies , if they are of interest to you. 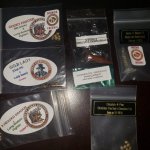 Im not worthy of all the generosity I have received in this week alone from this community. @HydroRed is unreal. I'm really floored by everyone willing to help my garden. I'm speechless

Bodean said:
I have a pack and some freebies , if they are of interest to you.
View attachment 77295
Click to expand...

I'd have popped some of those apollo 11 Genius f 4. Still would if someone else has some. [ insert cheesy grin emoji ]

We usually split packs here, so not many unopened, but I found a couple. 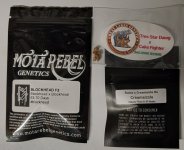 Thanks to amos and bubby for the clearwater gear

Red's the judge, but I'd say you're leading in the race for the swag bag of stuff. The Creamsizzle was worth all the hassle they took to get, which is saying something.

Bodean said:
I have a pack and some freebies , if they are of interest to you.
View attachment 77295
Click to expand...

Absolutely! Im completely open to any unopened packs anyone wants to contribute. I'll shoot you a pm with my info in a minute.

those 3 would be a killer run
U

So many cool strains to try. Awesome @HydroRed !
W

I Got a extra Popoopeepant from Dino. If it will help.

I got a grip of beans, but nothin unopened.
W

Skunky Dunk Farms said:
I got a grip of beans, but nothin unopened.
Click to expand...